The innovative generator taps geothermal energy on one of the Canary Islands. 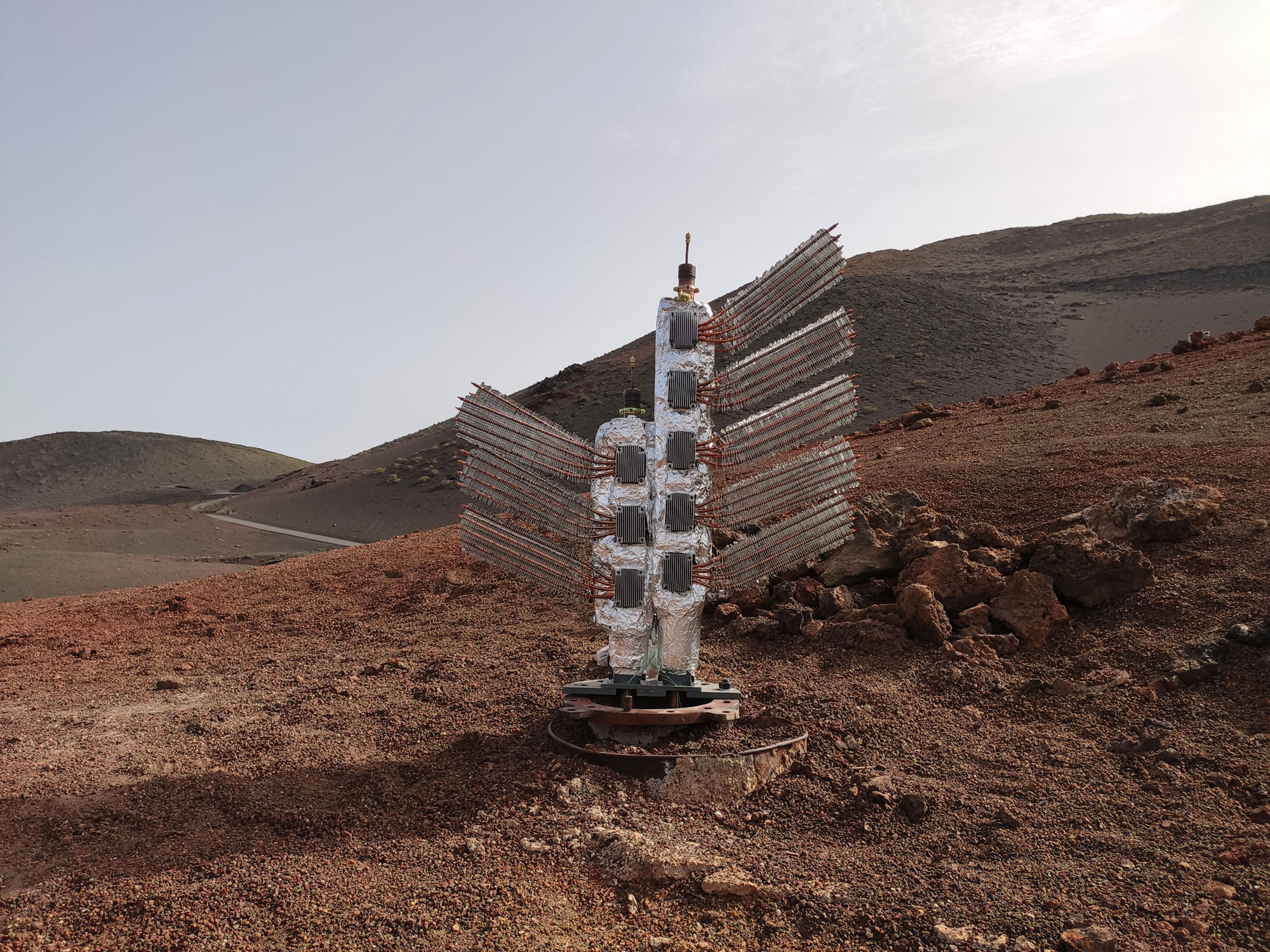 LANZAROTE, Canary Islands — Spanish scientists have installed the world’s-first thermoelectric generator powered by volcanic heat on Lanzarote, one of the Canary Islands off the coast of West Africa. The project’s backers hope the trial run eventually leads to the wider use of such technology to produce electricity.

The team’s initial goal is to add enough generator stations in coming years to power 200 households on the island, a tourist destination in the Atlantic Ocean  administered by Spain.

Conventional geothermal energy is produced by digging between 1,500 and 2,500 meters (roughly 4,900 and 8,200 feet, respectively) into the ground to release hot vapor to drive a turbine. By contrast, the volcano-driven generator sits over a huge geothermal anomaly where the temperatures can reach as high as 500 degrees Celsius (932 degrees Fahrenheit) just six feet under the surface.

In the specific location picked for the generator’s trial run, the temperature is 170 degrees Celsius (338 degrees Fahrenheit) just f4.5 feet down, said David Astrain, researcher and leader of Thermal and Fluids Engineering at Spain’s Public University of Navarra, in an interview with Zenger News.

The volcanic prototype was installed at the end of August in the island’s National Park of Timanfaya. Scientists say a number of other areas around Lanzarote share geothermal properties similar to that spot.

If those areas are tapped for their power-producing potential, the island’s total geothermal electricity output could reach 680 MWh, or enough to cover the consumption of 200 homes, Astrain said. The lone volcanic-powered generator now in operation has an output capacity of 35W.

Eventually, scientists would like to power a restaurant in the park with the new technology. The restaurant is now run with a diesel-fired generator, but Astrain said 10 geothermal power generators would make the restaurant self-sufficient. This would require an investment of about 100,000 euros ($120,000 U.S.).

“The investment would be recovered in 10 years, as the fuel currently being used also carries considerable costs,” he said. “When used as an alternative power system, it could help lower emissions of CO2 to the atmosphere, and thereby make a contribution toward reducing global warming.”

The technology also has another advantage: It can be used to monitor volcanoes.

“This device can be used all around the world as volcanoes always have hot temperatures near the surface of the ground,” Astrain said.