A Netherlands zoo at the center of breeding efforts welcomes an 88-pound calf. 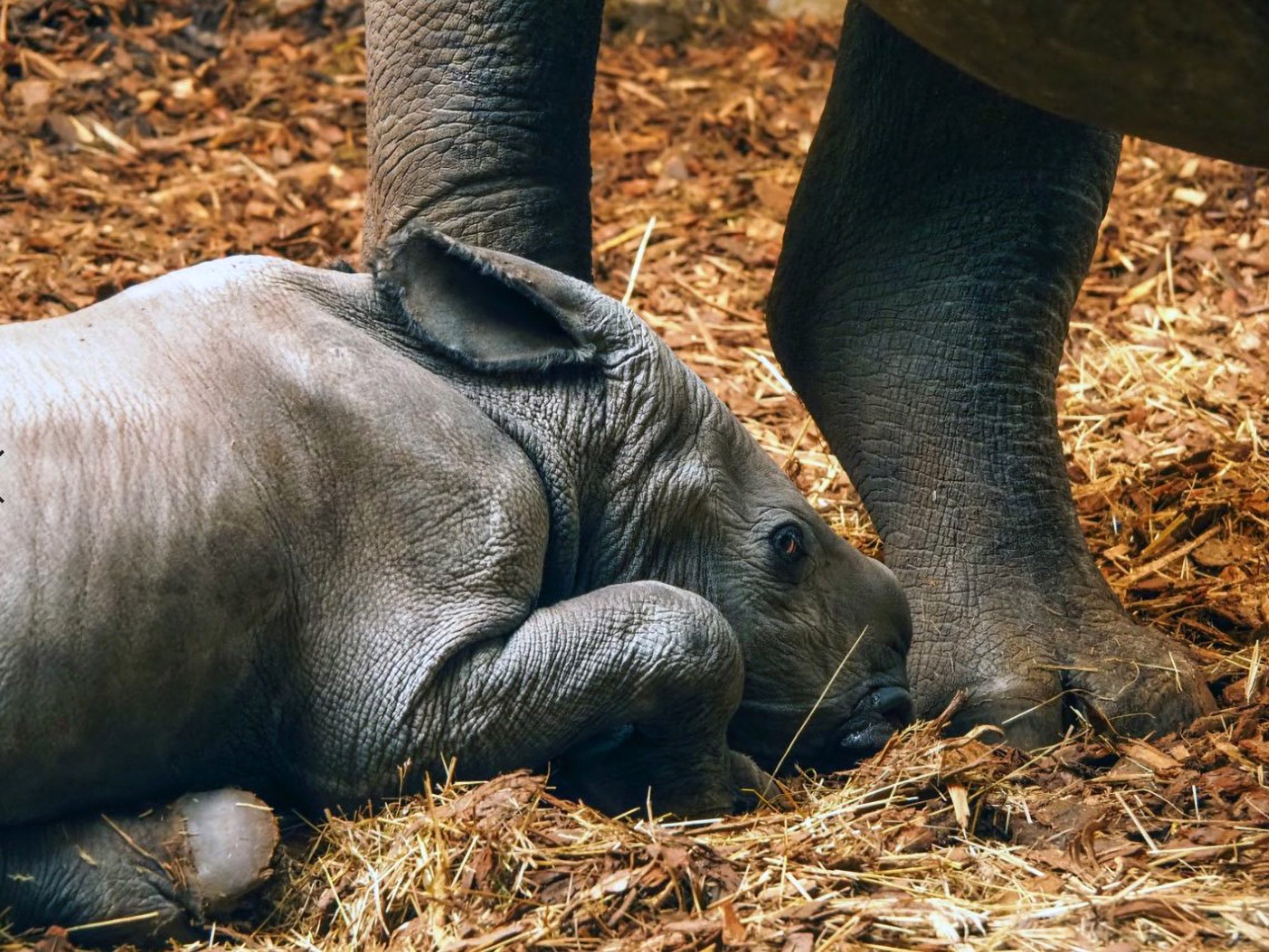 Ravy, the white rhino that was born in Safari Park Beekse Bergen, healthy male of about 40 kilograms which is the first young in more than three years in the wildlife park. (Beekse Bergen/Real Press).

HILVARENBEEK, Netherlands — A wildlife zoo in the Netherlands is celebrating the birth of a rare southern white rhinoceros.

Safaripark Beekse Bergen in Hilvarenbeek reported that the calf is doing well after being born on Oct. 7, marking the park’s first successful rhino birth in three years.

“It’s a boy,” a zoo spokesperson said. “We named him Ravy, which means ‘bringer of light,’ which is our nod to the happiness a birth brings in the hard times we’re all in these days with the pandemic.”

The calf’s mother, Sofie, who is 5 years old and was also born at the park, gave birth to the 88-pound baby after a 16-month pregnancy.

“We have already seen Ravy drink,” zoo caretaker Christian Meurrens said. “That is the most important [thing]. For Sofie, it is her first young, and then we always have to wait and see how it does. But she’s doing great — motherhood totally understands.”

Only 342 white rhinos currently live in European zoos and wildlife parks, according to the park, which coordinates a European breeding program aimed at growing healthy populations of endangered species in captivity. Including Ravy, a total of 15 white rhinos have been born in European sanctuaries so far this year.

The white rhinoceros can also be found in Africa, where the species is classified as “Near Threatened” on the International Union for Conservation of Nature Red List of Threatened Species. Their natural habitat is disappearing due to overpopulation, but poachers also pose a threat, as the animals’ horns can be sold as a form of traditional medicine for high prices on the black market.

“Their horns are hunted. However, there is no bone in them. It consists of the same material as human hair and human nails,” Meurrens said.

An estimated 18,000 white rhinos live in the wild in South Africa, Namibia, Zimbabwe and Kenya after populations dwindled to an all-time low of about 100 in 1895. The species can be broken down into two subspecies, the southern and northern white rhino.

The southern white rhino population, once thought to be extinct, is now thriving in protected sanctuaries. However, only two northern white rhinos are left, both of which are kept under 24-hour guard at Ol Pejeta Conservancy in Kenya.

Conservationists have been trying to help preserve the species by dehorning wild rhinos to deter poachers. Some animal welfare organizations have noted that the procedure is invasive and costly, and the method is typically used as a last resort in places where populations are under serious threat. It’s not yet clear if dehorning affects the animals’ behavior, as they can no longer use their horns for foraging or mating rituals.