While eight of her children are alive, the woman had suffered seven spontaneous abortions. 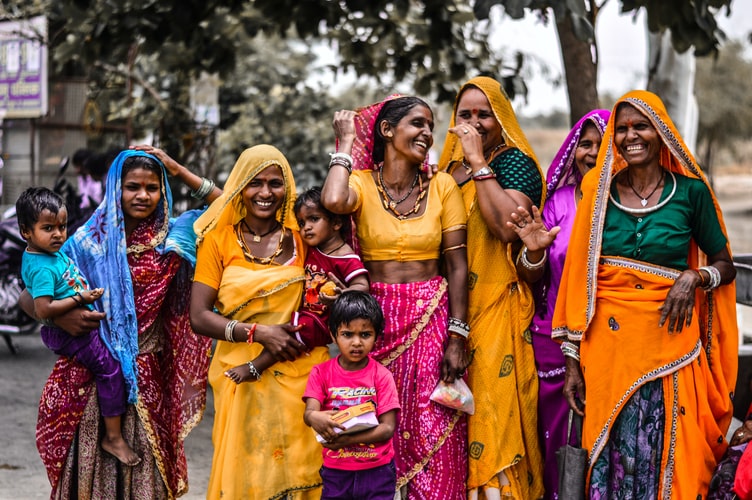 A woman who was pregnant for the 16th time died during childbirth on Oct 10. Her newborn child also died.

Sukhrani Ahirwar, from the Indian state of Madhya Pradesh, was in her 32nd week of pregnancy when she went into preterm labor. By the time the ambulance reached her house in the remote Padajhir Village of Damoh district, she had delivered the baby and was unconscious. The baby was stillborn. Ahirwar was rushed to a health center 7 kilometers (4.3 miles) away, where she was declared dead.

Damoh is one of the many remote districts in India.

“The access road to the houses in the village is very narrow which delayed the ambulance,” Dr. Sangeeta Trivedi, Damoh district’s chief medical and health officer told Zenger News.

Ahirwar’s case has drawn attention to the lack of awareness about and the limited access to medical services in the country’s hinterland.

Trivedi said that Ahirwar’s Aadhar card, a government identity document, showed that she was in her 30s. “But it is likely that her date of birth was wrong, and we are assuming that her age was around 40 to 45,” she said.

“She has eight living children, the eldest is about 23 years old and the youngest is two. She had seven spontaneous abortions over the years,” Trivedi said, adding that Ahirwar and her husband were daily wage laborers who mostly traveled to Punjab and Haryana for work.

Health officials said that two years ago they had tried to persuade the husband to have a vasectomy, but he refused.

“The husband was uncooperative and asked the health officials to not interfere in his personal matter,” said Trivedi.

During her latest pregnancy, Ahirwar registered in the government-run health center in July. She was diagnosed with anemia and was put on treatment, but she did not return for any follow up. Her death has led to the suspension of an Auxillary Nurse Midwife (ANM) from the village and the midwife’s supervisor.

“They should have informed the superiors about the woman’s case and that she was not coming for follow up,” said Trivedi. “I have called for an explanation from the ANM and her supervisor. Their suspension will be reverted if I find their explanation convincing.”

Trivedi visited the family on Oct. 14 and learned that the woman had bled profusely during the delivery and could have succumbed due to a hemorrhage.

“A postpartum hemorrhage is common among women who have many childbirths,” said Dr. Ashok Anand, head of the gynecology department at the government-run JJ Hospital in Mumbai. “With more number of childbirths, the (uterus) muscles fail to contract after delivery, and chances of bleeding are very high.”

“However, coverage of life-saving health interventions and practices remains low due to gaps in knowledge, policies, and availability of resources,” the UNICEF report states.  “In a few areas, there is a gap between the rich and the poor and an urban and rural divide. Access to health services is often dependent on a families’ or mother’s economic status and where they reside.”

In India, the burden of family planning is borne by women, even as vasectomy or male sterilization is much simpler than female sterilization. A 2020 study carried out in urban slums of the northern city of Lucknow, showed that 35.9 percent of respondents had the perception that non-scalpel vasectomy (NSV) leads to a decrease in physical strength; 35 percent stated that due to the availability of other family planning methods, NSV is less needed.

“Educational status of the respondent was found to be the most important predictor for perceiving the socio-cultural barriers. These myths and misconceptions could be removed only by educating the community regarding family planning methods, especially NSV,” the study said.

“Awareness of contraception is there, but the access may be a problem,” said Mumbai-based gynecologist Dr. Duru Shah. “What we have observed is that there is plenty of awareness among women, even in rural areas, but there is little awareness seen among men.”

In 2006, when Shah was the president of the Federation of Obstetric and Gynaecological Societies of India , the members visited over 100 towns in five states to spread awareness about safe motherhood and to conduct health camps.

“We interviewed nearly 100,000 women and found that they wanted sterilization,” said Shah. “Women are aware, but there are other problems [such as] they may not have the right to refuse, or their husband may get abusive if they demand sterilization.”