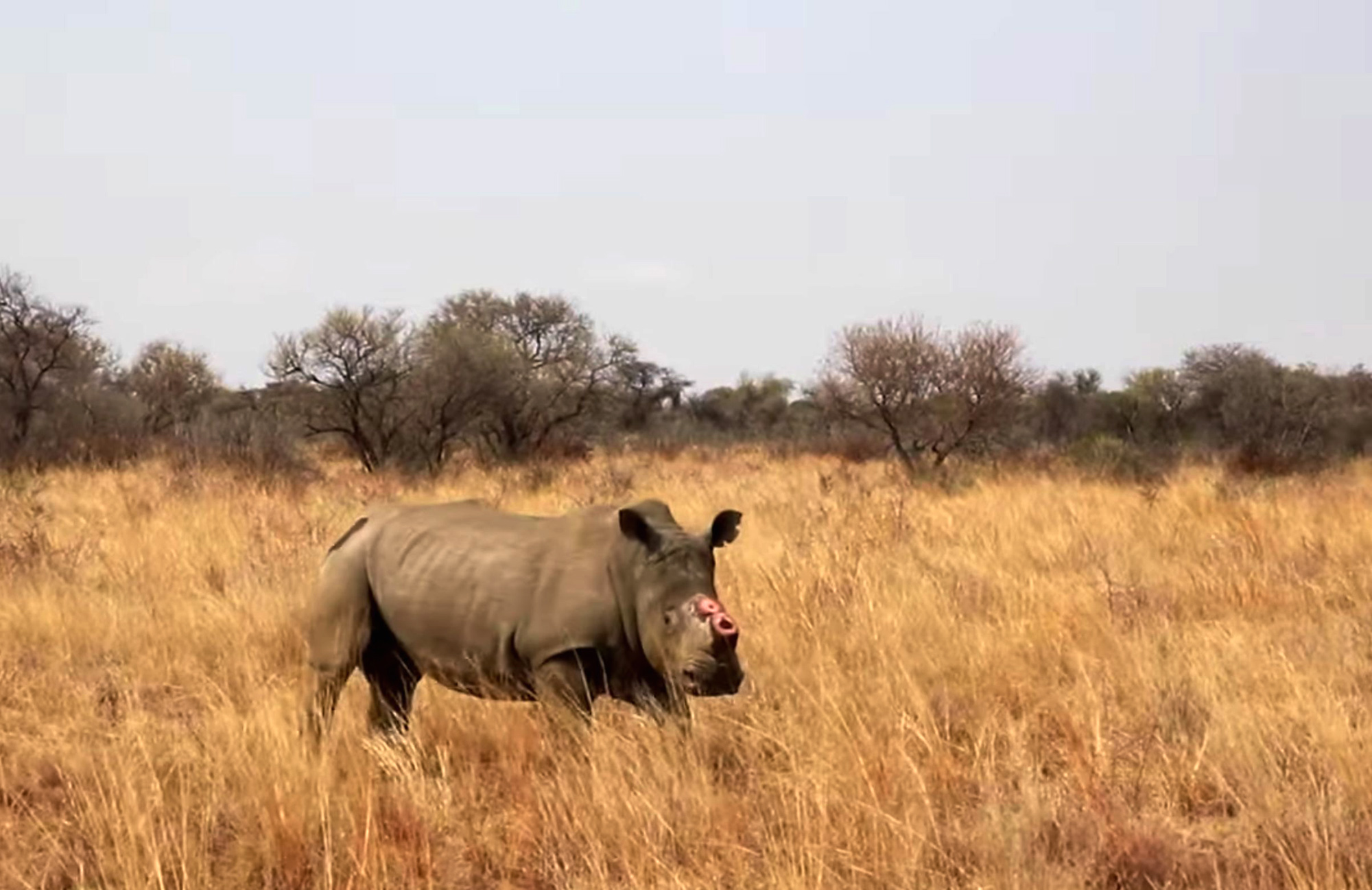 Nature conservation has a new twist.

Hundreds of endangered rhinos in South Africa have been dehorned to protect them from poachers.

As international borders that were closed amid the coronavirus pandemic reopen, the country’s government has warned game reserves to prepare for a possible resurgence in rhino poaching. Poachers often hunt the animals in order to sell their horns, typically as a form of traditional medicine, for high prices on the black market.

As a result, conservationists in the province of North West have begun dehorning hundreds of rhinos in the area. Tracking the rhinos requires two helicopters and several teams of people on the ground, who then tranquilize the animals before removing their horns.

Nico Jacobs, the founder of Rhino 911, a conservation group that works to protect rhinos from poachers by cutting off their horns, is assisting with the efforts in North West.

“As soon as the lockdown hit South Africa, we started having incursions almost every day,” he said, noting dehorning the animals may be their best chance for survival.

Dr. Lynne MacTavish of the Mankwe Wildlife Reserve has also made it her life’s mission to save the rhinos. While she previously did not support dehorning the animals, one of her female rhinos was “poached in the most brutal way” in 2014. Afterwards, she decided dehorning them was the best way to preserve their dwindling numbers.

Around 500,000 rhinos roamed Africa and Asia at the beginning of the 20th century. However, just 27,000 remain in the wild today. Few tend to survive outside national parks and reserves, due to both poaching and habitat loss. Three rhino species, including the black rhino, Javan rhino and Sumatran rhino, are all critically endangered.

South Africa specifically is home to about 80% of the world’s remaining rhinos and has been the country most impacted by the poaching crisis, which began in 2008 and peaked in 2015.

From 2013 to 2017, more than 1,000 rhinos in the nation were hunted annually. Poaching numbers have decreased since, and just under 600 rhinos were killed in South Africa last year, according to the South African Department of Environment, Forestry and Fisheries.

For security reasons, South African authorities could not provide the exact number of rhinos already dehorned.