Polish Navy divers tried to neutralize the 5,300-pound explosive without success. No casualties were reported. 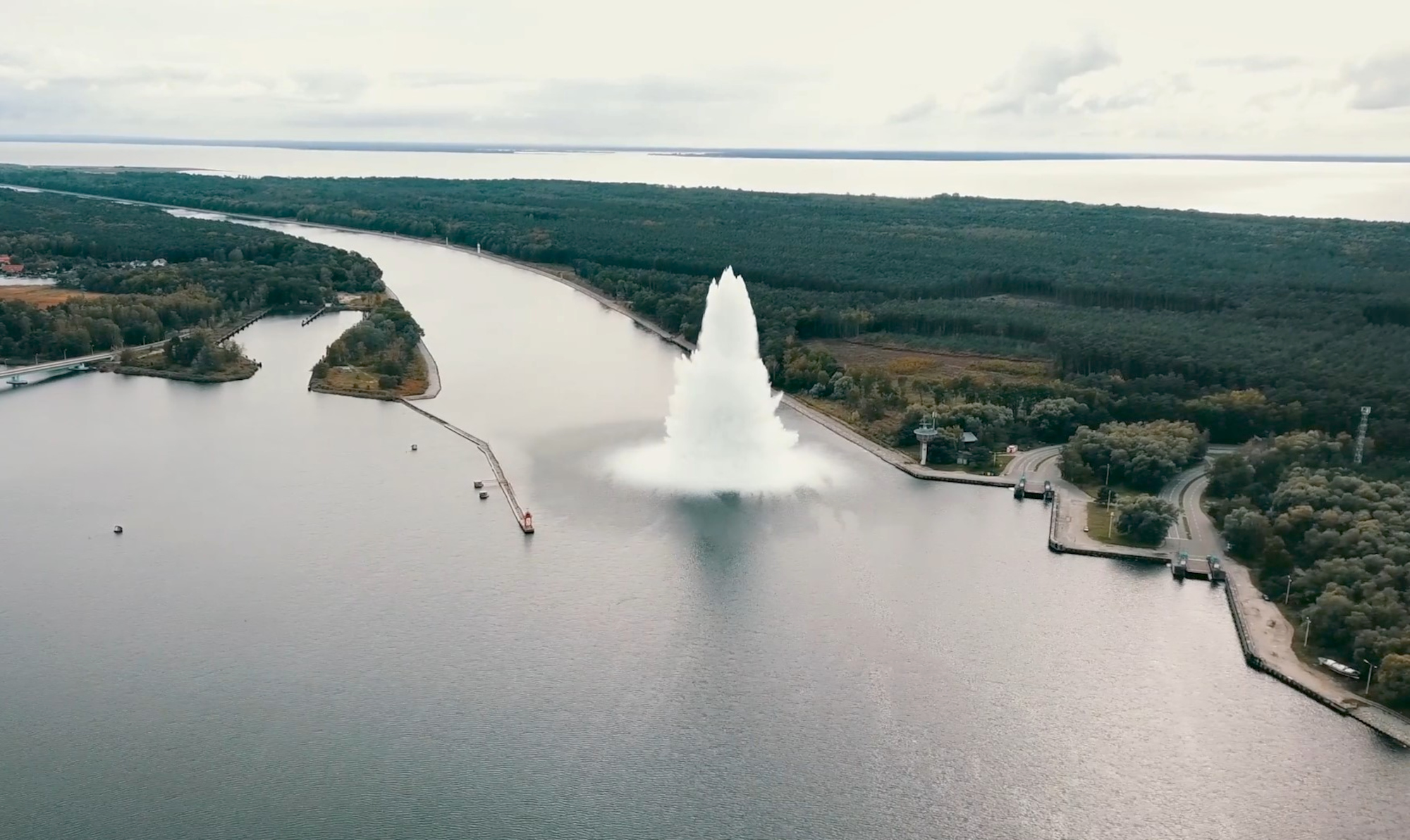 The moment of the explosion underwater in Poland on October 13, 2020. (Politechnika Poznaska/8. Flotylla Obrony Wybrzea/Newsflash )

Military experts had warned in advance that it was a dangerous job to detonate the nearly 12,000-pound Tallboy bomb, found in the Piast Canal waterway leading to the port of Szczecin in Poland.

It was the largest unexploded World War II bomb ever found in Poland.

Experts had been discussing what to do about the bomb since it was discovered in September 2019. It was dropped by the Britain’s Royal Air Force in 1945 during a raid that also sank the Lutzow warship.

In the end, experts decided to try to neutralize it, but it exploded prematurely on Oct. 13. No casualties were reported.

The bomb contained 5,291 pounds of explosives, sending a huge spout of water into the air. The divers had been trying to slowly burn away the explosive charge.

As a precaution, 750 people had been evacuated from the area and all divers moved out of the danger zone.

Between 1940 and 1945, U.S. and British air forces dropped 2.7 million tons of bombs on Europe, half rained down on Germany. By the time the Nazis surrendered in May 1945, much of the industrial infrastructure of the Third Reich had been smashed.

Though reconstruction began quickly under Allied occupation, as many as 10% of the bombs dropped by Allied aircraft failed to explode. As of 2016, more than 2,000 tons of unexploded munitions are uncovered on German soil every year.