“One of the big things my neighborhood helped with was just building a confidence about myself and my abilities.” 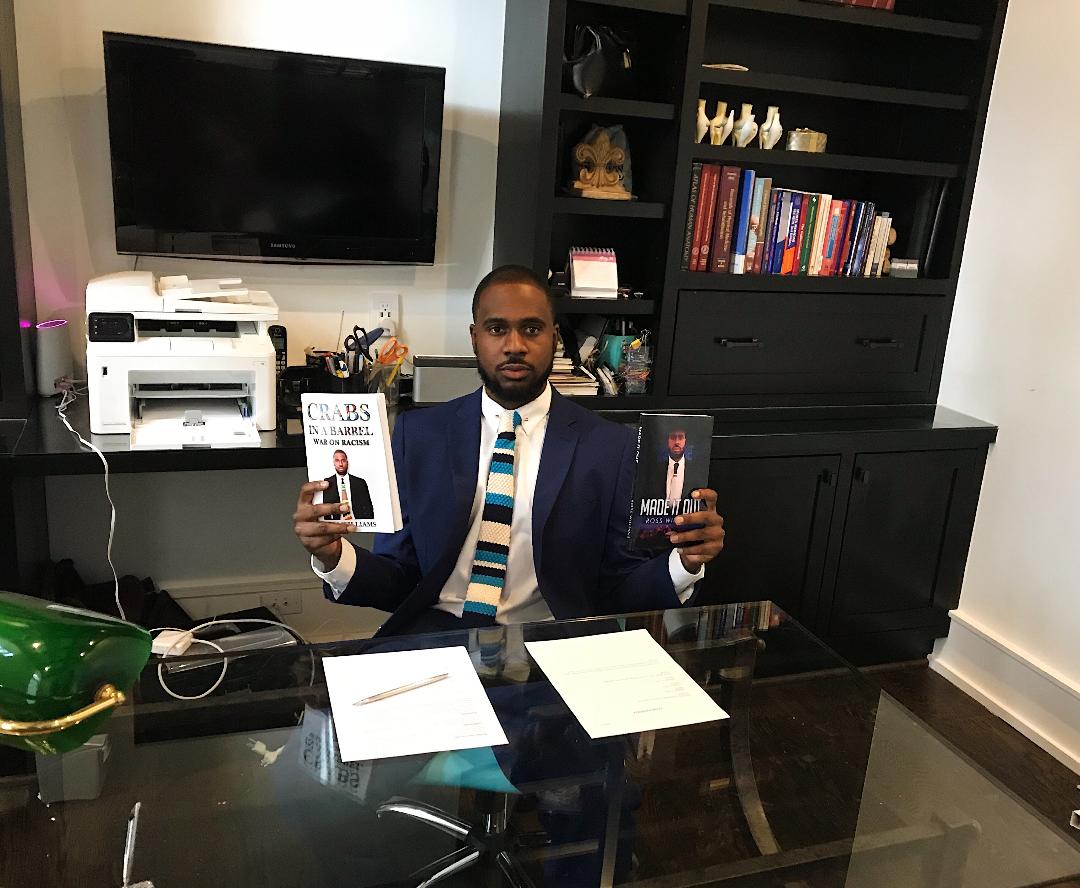 Ross Williams made it out, and then he wrote a book about it.

Growing up in New Orleans’ 7th Ward can be rife with challenges. The horror stories far exceed the successful ones. Ross’s journey is an exception, and an exceptional one.

Surrounded by a solid family with community values, Williams attended Tulane University where he studied sociology. He has gone on to become the author of two best-sellers within an eight-month span.

“Made It Out” is testimony not only to his journey, but also to the similarities of surviving the streets and corporate America. His follow-up book, “Crabs In A Barrel: War On Racism,” gives a different perspective on the phrase that focuses more on the barrel than on the crab.

Author is just one of Williams’ many hats. He is also CEO of Williams Commerce Writing Services, which aims to empower job seekers, authors and entrepreneurs.

Zenger News invited Williams for a Q&A session to learn more about his break-out book and journey of discovery.

Zenger: How did you break the cycle, so to speak, and make it out of the 7th Ward in New Orleans?

Williams: Really learned as much as possible. So, really learning what cursed prior generations and trying to avoid those same things. A lot of that came from learning from my parents who were born in the 1940s, so a lot of my family members are older. So, I have a lot of old-school values. I had the chance to learn about life before my era… I was able to accumulate all of that and just learn from every lesson or loss that I had in life and just never settled.

Zenger: What was it like growing up there and seeing some of the things you experienced?

Williams: I had a sense of pride about my community. My mother’s side of the family has been part of the St. Bernard, 7th Ward community since it was established back in the 1930s and 40s. A lot of people talk about the downfall of the neighborhood. Of course, I discuss that in my first book, “Made It Out,” some of the things I experienced. But one of the big things my neighborhood helped with was just building a confidence about myself and my abilities. At first it was basketball and then it became a swag with everything I do. I believe that I can be the best at whatever I put my mind to.

Zenger: What made you decide to even write a book?

Williams: Really to help other people to make it out of situations that they encountered. At first when I was writing my book, it was kind of like making it out of the inner city. I felt my lessons were applicable to any environment that you can grow up in. Like I said, learning from mistakes, gravitating towards positive energy, and learning from your losses. I really just wanted to give people the blueprint because halfway through the book it became about making it out of corporate America and becoming an entrepreneur. As of right now, even just picking up from there, I’m trying to show the world that I’ve made it out since then. Since the book, I’m still making it out.

Zenger: You actually make parallels in the book about the similarities of making it out of the street life and making it through corporate America. As crazy as it sounds, there’s not very much separation, is there?

Williams: I think in society with social engineering, a lot of us feel that if we are a different race or different religion, society has taught us that the next person is very different from us. And we can’t see eye-to-eye just because we come from different worlds or experiences. Gangstas and crooked people growing up in inner cities are no different than white collar gangstas. White collar gangstas are actually more cutthroat because at least in the neighborhood you know who to look out for. In corporate America, a lot of people have ulterior motives, but they project friendly energy. It’s not really necessary. It’s not these people need me to get by like in the neighborhood. It’s just out of malice. That’s why I feel like it’s grimier in corporate America because of how it’s presented to you.

Zenger: It can be difficult to navigate that.

Williams: Right. And something that my neighborhood taught me, once I started communicating with people in higher level CEO positions or people that made in the upper six figures or north of that, just the intellect and growing the confidence once I interacted with these people, it’s like, “Oh, I can sit in these positions too.” A lot of times we are made to look at certain people as if they are superior to us, especially when we’re coming from inner cities. But we have the same abilities as those people. A lot of those people had easier routes to get there. That’s one thing of just gaining confidence along each step of your journey.

Zenger: Did you anticipate becoming a best-selling author and your books having the kind of impact that they have had?

Williams: Humbly speaking, my mom always told me, “Don’t step at all if you are going to half step.” So, I know the tears, the blood and sweat that I put into each project, or even a client’s book. I put that same energy towards everything. I’m very strategic and I move with a sense of urgency. I visualized the successes that I have had in my career so many times over and over, that all of the excitement is poured into the process each day. So, when it happens, I’m kind of militant about it, so I’m really not surprised. I really put my all into each thing and utilize my natural skillset. I haven’t been surprised so far.