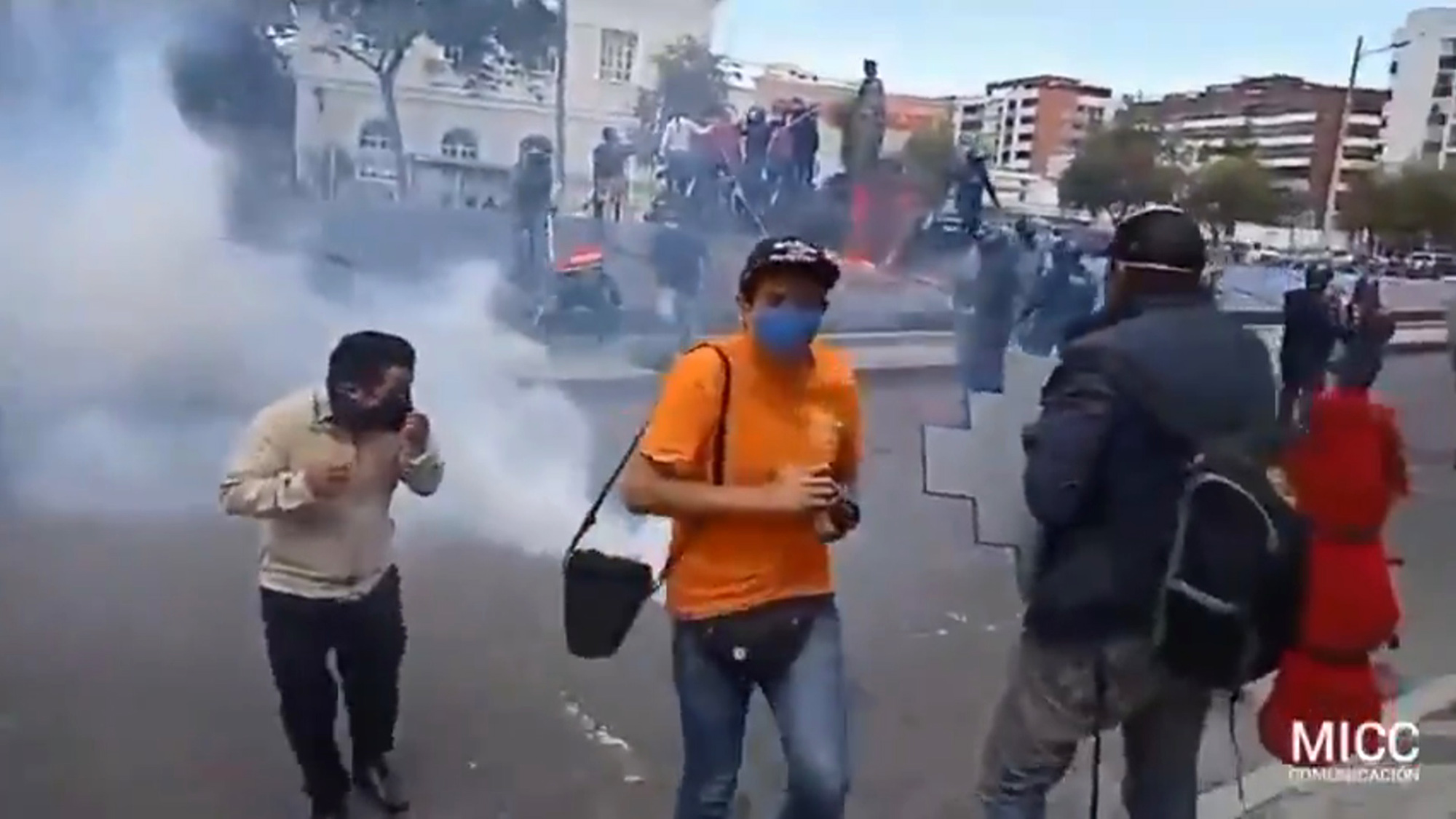 Anti-colonial activists in Ecuador want to highlight an often-forgotten history, the suffering of indigenous people when the conquistadors arrived in the Americas. They attacked a statue of Christopher Columbus's patroness on Monday.

The statue of Isabella I of Castile, also known as Isabel the Catholic, was attacked on Oct. 12 by indigenous activists in Quito, the country’s capital, due to her support of Christopher Columbus and the colonization of the Americas.

Columbus Day is a national holiday in many countries in the Americas, which officially celebrates the anniversary of Columbus’s arrival in the New World on Oct. 12, 1492.

Indigenous protesters tried to take a statue of the Spanish Queen Isabella in Quito, Ecuador. (@Micc_Ec/Newsflash)However, in 2011, Ecuador declared October 12 as the “Day of Interculturality and Plurinationality” to change the significance of the date.

Anti-colonial activists want to highlight an often-forgotten history, the suffering of indigenous people when the conquistadors arrived in the Americas.

The Indigenous and Peasant Movement of Cotopaxi (MIIC) claimed the demonstration this week was marred by police brutality on Twitter.

“During an act of declaration on the day of resistance taking place at the Isabel the Catholic monument, the forces of order attacked with brutality,” it said.

Protesters reportedly threw red paint over the statue, including MIIC president Leonidas Iza. Activists also made several attempts to demolish the monument of Queen Isabel, who they believe represents the genocide of the peoples of America.

The local authorities wore tear gas and positioned water cannons on armored vehicles to disperse the crowds. Protesters withdrew to avoid further clashes with the police.

Similar attacks were staged in September in Colombia, when activists destroyed a statue of 16th-century Spanish conquistador Sebastian de Belalcazar. He led military expeditions into modern Colombia and Ecuador.