Baby Is Sole Survivor of Plane Crash Thanks to His Mother

The tragic accident claimed the lives of his parents and nanny. Rescuers found the mother still cradling her baby. 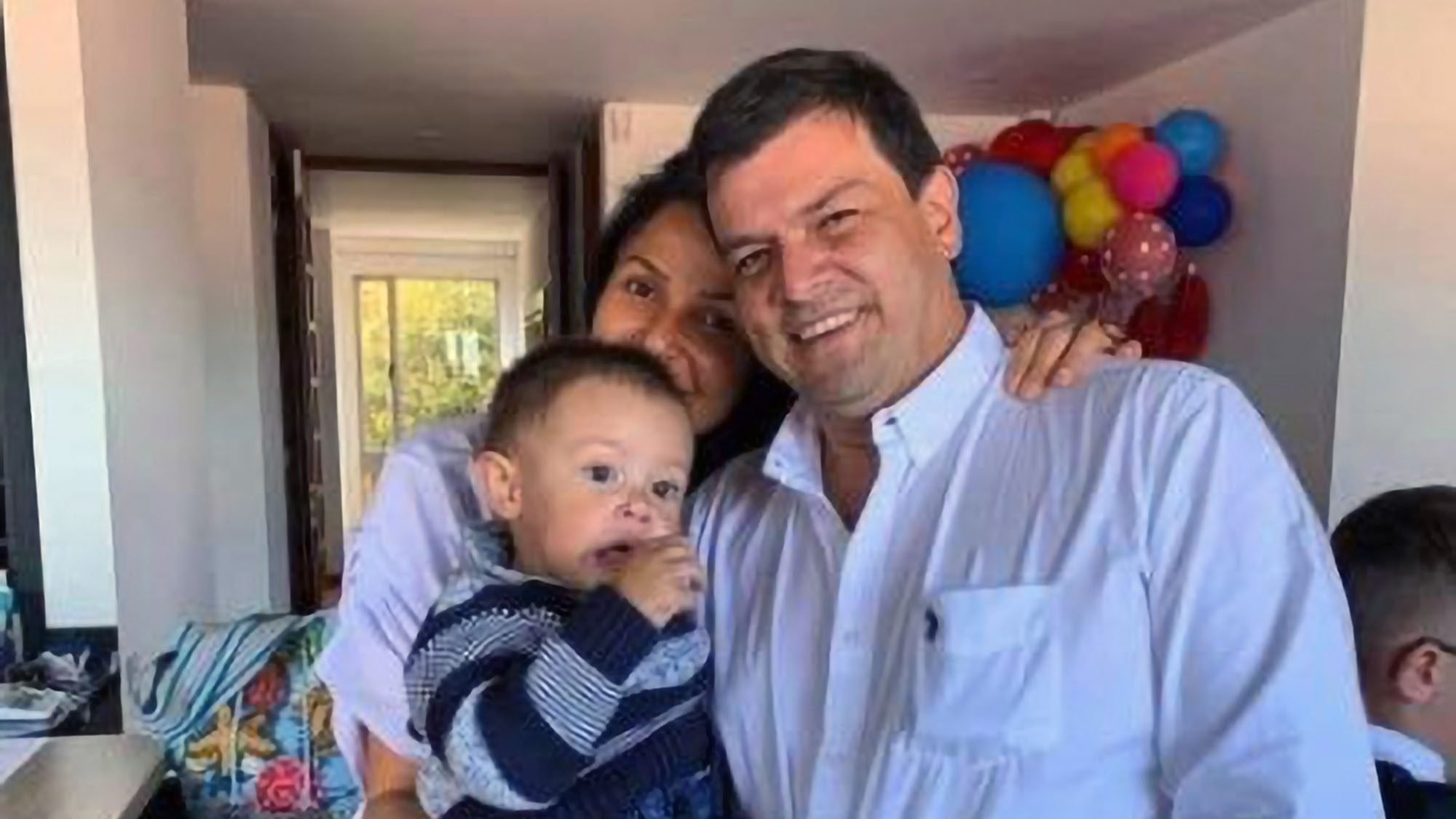 Fabio Grandas with his wife and son. (Newsflash)

UBATE, Colombia — A baby is the sole survivor of a plane crash after his mother used her body to shield him.

The tragic accident on Oct. 13 claimed the lives of the baby’s mother, father and nanny. It occurred in an area called Novilleritos, located in the town of Ubate, Colombia.

The mother was identified as Mayerly Diaz Rojas, the father as Fabio Grandas, who was reported to be an important doctor in the capital city of Bogota, and the nanny as Nuris Maza.

Grandas was reportedly piloting the plane.

“A baby, who was also traveling in the aeroplane, is being attended at this time in an assistance center,” stated the Colombian Civil Aviation Authority, which expressed its “solidarity with the families of the victims.”

The Colombian Civil Aviation Authority issued a statement saying the HK 2335-G plane crashed during a flight between the cities of Santa Marta and Guaymaral.

Footage from the incident shows shocked locals standing around the crash site as a man detaches something from the plane and hands it to another wearing a green helmet.

The baby is reported to be in stable condition and is being treated at the Fundacion Santa Fe de Bogota University Hospital, according to the local press.

The aviation authority is investigating the incident, but the cause of the fatal crash remains unknown.

“According to initial information, the aeroplane had all of its technical documentation up to date,” it said.

The Colombian Bureau of Aircraft Accidents has reported a number of other plane crashes in recent years, including two others this year, one of which killed four people.

The country experienced a major accident in 2016 when a plane carrying members of Brazil’s Chapecoense Real soccer team to a game in Medellín hit tree tops while descending and crashed, killing 71 passengers. Just six people survived.