Officers grew suspicious during a routine stop at a port, and the dog confirmed their concerns.
By Flemming Emil Hansen October 14, 2020
Facebook
Twitter
Linkedin
Email 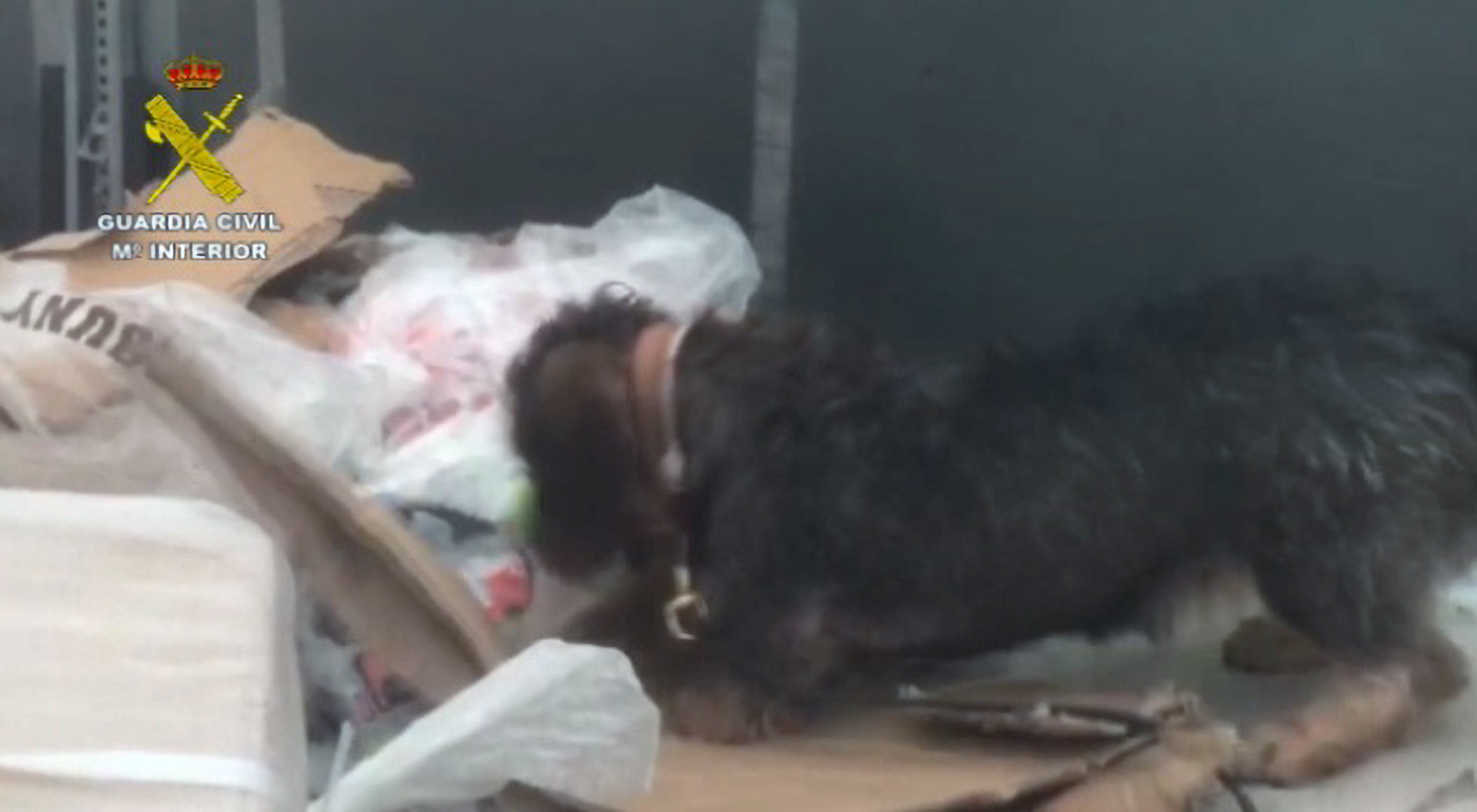 Wilma the dog searches for the people hidden in secret places in the container in Melilla, Spain, on October 8, 2020. (Real Press)

Five men were caught trying to cross a Spanish border illegally after a police dog found them hiding among clothes.

Members of the Spanish Civil Guard made the discovery during a routine stop at a port in Melilla, an autonomous Spanish city on the northwest coast of Africa, around 8:30 a.m. on Oct. 8.

The officers were checking loading containers for stowaways headed from Melilla, which shares a border with Morocco, to mainland Spain. They grew suspicious of a small boat carrying a large amount of clothing in sacks and deployed a police dog to inspect.

The dog, a female named Wilma, was filmed smelling the sacks, each weighing up to 220 pounds, and signaled that the migrants were hiding among them by barking. Officers then found the men by removing the sacks until their hiding spots, wooden areas known as “chimneys,” were visible.

The five adult men were found to be in good health but lacked any documentation, and their nationalities are still unknown. Wilma was essential to the effort in locating them, a police spokesman said.

From January to September, more than 19,000 people entered Spain in an irregular manner by land or sea, a 17% drop from the same time period last year, according to a recent report on illegal migration from the Spanish Interior Ministry. Nearly 18,000 illegal migrants have managed to enter the country by sea so far this year, and nine were caught trying to travel to the Iberian Peninsula via the port of Melilla.

Because Melilla is one of two European Union land borders with Africa, migrants and refugees fleeing nearby wars and poverty frequently attempt to make their way to the small enclave. The city is secured by a border fence, which migrants have stormed on a number of occasions, including in 2014, when a group of more than 200 scaled the fence to get into a migrant reception center.

In recent years, the Spanish government has worked with Morocco to stem the flow of migrants trying to enter the EU through Melilla. Attempted border crossings in the area have decreased since their peak in 2015 and 2016.