Where Can a Dolphin Ride Out a Storm? In the Hotel Pool

The animals were moved from an aquarium for protection ahead of the storm.
By Darko Manevski October 14, 2020
Facebook
Twitter
Linkedin
Email 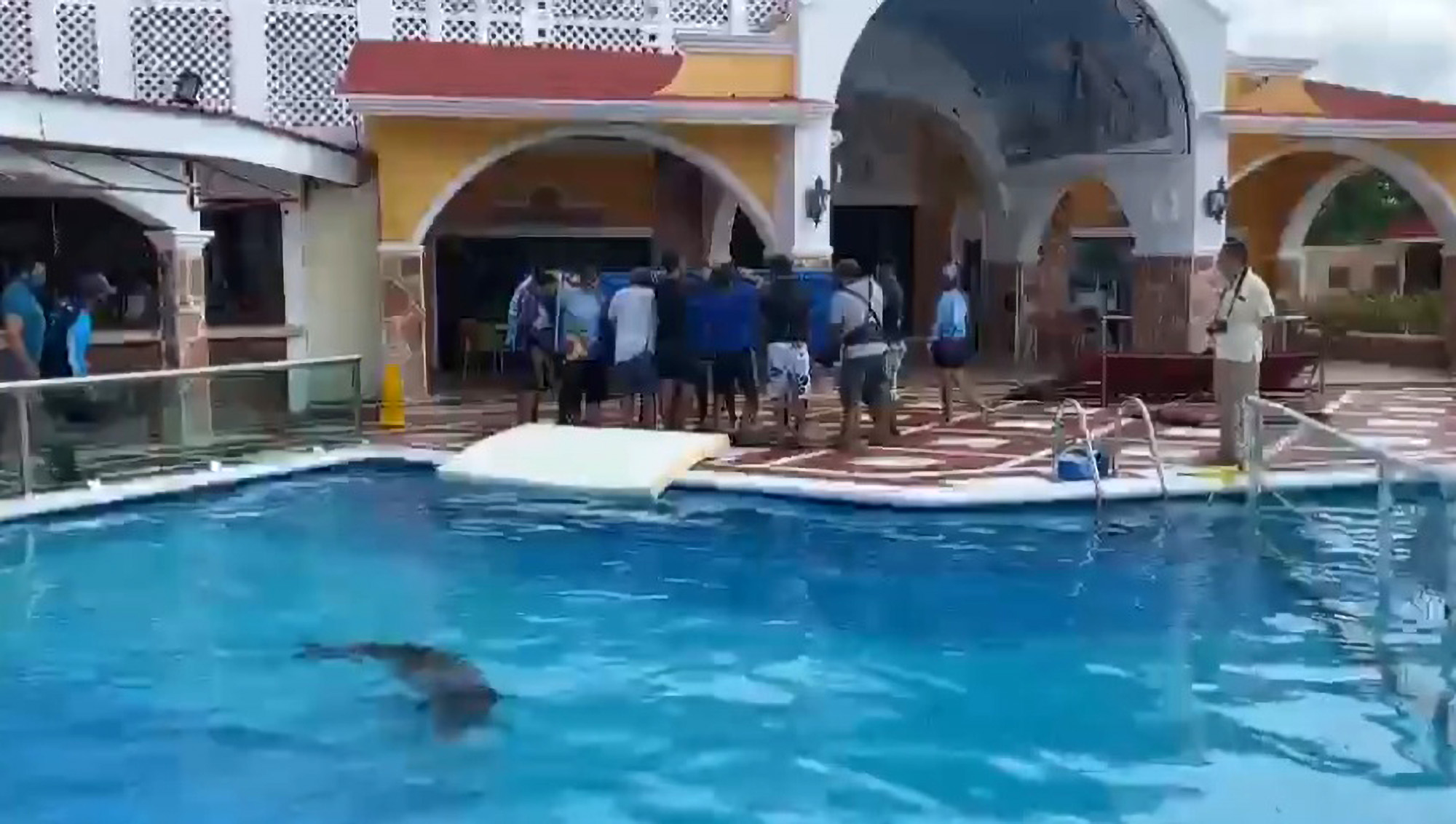 Dolphins transferred to hotel pools to protect them during the passage of the hurricane. (@IsraelHerreraMX/Newsflash)

An aquarium in Mexico temporarily moved its dolphins to a hotel’s swimming pool as Hurricane Delta passed over the area.

Two dolphins were removed from the Cozumel Reefs National Marine Park, near the resort town of Playa del Carmen in the southeast state of Quintana Roo on Oct. 7. They were then taken to a nearby hotel for protection because their swimming areas connect to the ocean, putting them at risk of being washed out to land or sea, according to the Quintana Roo Civil Protection Agency.

Footage taken during the process shows the pair, which have since been returned to their homes, being placed into a swimming pool ahead of the hurricane.

Hurricane Delta, the 25th named storm of the 2020 hurricane season, brought rain and winds up to 110 mph as it made landfall on the Yucatan Peninsula last week. Around 2,700 people, including tourists and residents, stayed in shelters while it passed.

Quintana Roo Governor Carlos Joaquín Gonzalez said the storm left half of the cities in the state without power but that no injuries or deaths were reported. Officials are still assessing the damage, but most reports involved toppled trees, flooded streets and minor structural damage, including to the roofs, windows and doors of buildings.

The storm went on to slam the mid-Atlantic and northeast regions of the United States, where it first made landfall in Louisiana as a Category 2 hurricane before its remnants dumped more rain on Georgia, the Carolinas and Virginia.

Animals have been relocated to creative spaces during previous hurricanes, including the preparations for Hurricane Andrew’s arrival in Miami in 1992.

As the storm approached, the then-owner of the Miami Metrozoo arranged for 30 of the facility’s flamingos to be moved into a bathroom, where they would be safe in a room without windows. The owner then snapped a picture of the whole flock huddled between a row of sinks and the bathroom stalls, which remains one of the most famous photographs from the hurricane.