The pooch was headed to a new home when authorities said he needed to be sold.
By Sara Zhivkova October 14, 2020
Facebook
Twitter
Linkedin
Email 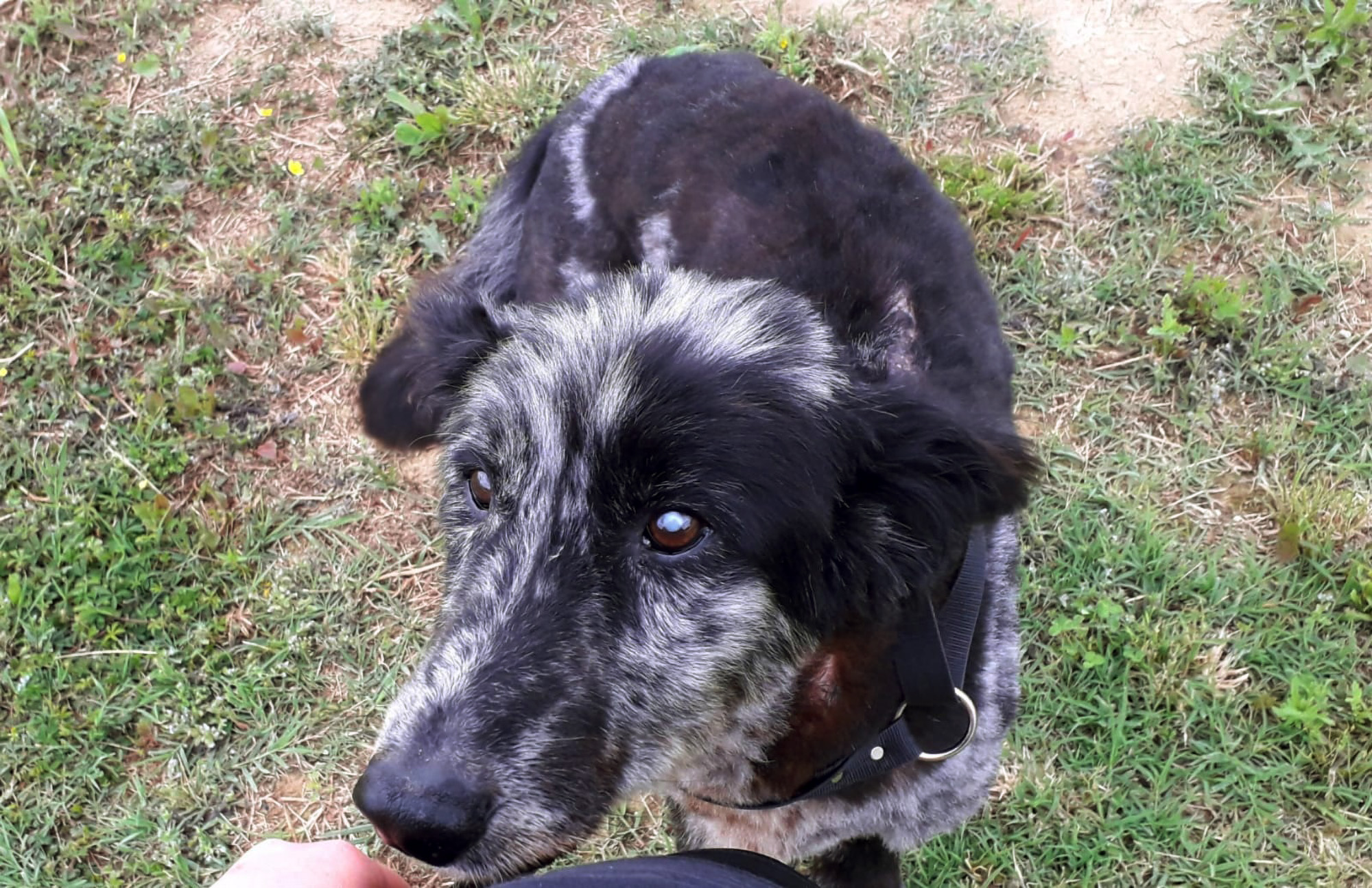 An abused dog may be ripped from his new, loving home to help pay off his former owner’s debt.

Tex, a dog in Italy that was rescued from his abusive former owner, recently settled into his new life after rebuilding his strength. However, officials are now attempting to seize him as part of a debt-recovery effort.

Animal protection officers found the 9-year-old dog, who was starved and beaten by his previous owner, a year ago. The pooch was then handed over to an organization that helped him heal and placed him in a kennel in the village of Presina for adoption.

Staff at the dog shelter noted he seemed happy despite being among 150 other dogs.

In early January, his new owner Barbara, a woman from Turin, completed paperwork to adopt him. Months later, the coronavirus pandemic and related lockdown measures paralyzed court activities and forced Tex to remain at the kennel longer than expected.

Just as he was about to be sent to his new home, the kennel received a letter from the Offenses Office of the Court of Padua, which said the dog needed to be sold by the state to pay off his previous owner’s debts.

Kennel employees are fighting the order, arguing a European Union directive states that pets can no longer be considered objects. Until a decision is made, the dog stays with Barbara, who has vowed to fight any ruling that Tex be forfeited.

The EU has established a variety of legislation concerning the welfare of animals, including treaties that recognize animals as sentient beings rather than commodities. As a result, member states must ensure a certain level of protection for animals and pets when crafting policy.

However, some countries, including Italy, still permit domestic pets to be seized for debt-recovery purposes. Others, including France, Germany, Austria and Switzerland, prohibit the seizure of pets that live with an owner for such reasons.

Since recognizing animals as beings, the EU has instituted other laws intended to protect animal welfare, including banning barren battery cages, ending animal testing for cosmetics, and prohibiting the import of seal products.