10,000 farmers and agricultural workers have died by suicide in 2019, with nearly 38 percent recorded in one western state. 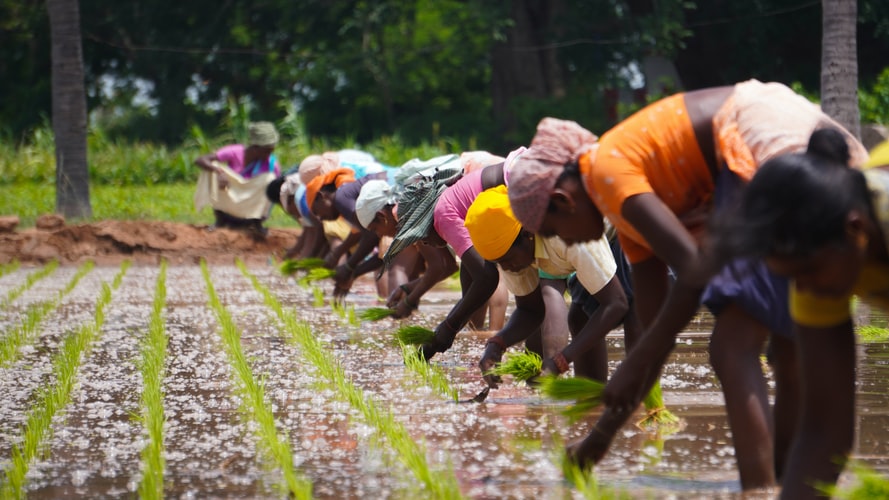 Nearly 38 percent of all suicides among farmers and agricultural workers in India — totaling 10,281 in the sector in 2019 — were in the western state of Maharashtra, with the dramatic numbers prompting criticism of government policies.

The data is from a recently released 2019 report on Accidental Deaths and Suicides in India by the National Crime Record Bureau. The report states that of the total 139,123 suicides recorded in the country in 2019, nearly 7.4 percent were in the farming sector, with 5,957 suicides among farmers/cultivators and 4,324 among agricultural laborers.

The southern state of Karnataka had the second highest number of suicides in the agriculture sector, with 19.4 percent, followed by Andhra Pradesh, with 10 percent.

Over the years, the government has provided loan waivers, as well as welfare and other schemes to boost farmers’ income. Activists and analysts say farmers derive little actual benefits from these initiatives, leaving many to resort to the drastic step of suicide.

“We notice a spurt in farmers suicides typically during May-June-July when they start the sowing and have exhausted all their finances to invest in the crop,” said Dewanand Pawar, an activist from Yavatmal, a drought-prone district in Maharashtra. “We also see a spurt when the weather conditions don’t favor the crops during the year and when the rate of farm produce falls in the market.”

He blames the high number of suicides on the ignorance of the government on issues affecting the farmers.

“The government has to open its eyes towards these pressing issues,” he said. “The abrupt monsoon or sudden heavy showers often regularly destroy the crops. To add to this, if a farmer has a health emergency in the family or a pending marriage, their finances are exhausted in a matter of a few days. Most farmers would rely on borrowing money at high interest during such circumstances. And after all, if their crop fails, they find it difficult to deal with the stress.

“The government has to work towards reviving the scheme and facilities so that they reach the farmers in reality,” said Pawar. “Farmers have wells but no motor pumps to draw the water. There are dams built with crores of rupees but only 30 percent of the dam water actually reaches the farmers in need. Such government failures are impacting our farmers.”

India first recorded farmers suicides in the 1980s in the southern state of Andhra Pradesh. These suicides began with cotton farmers.

“Ten years down the line, the suicides were spread across other states and subsequently among the farmers working on various crops, not just cotton,” said Narasimha Reddy Donthi, an agricultural activist based in Hyderabad. “This was an indicator that there was an overall, deepening farming crisis.”

Financial crises have played a crucial role in suicides recorded in the farming sector.

“Farming loans from institutions have reached on an average only about 30 percent of farmers,” said Reddy. “The loan waivers are not applied to everyone and welfare schemes too are not reaching all farmers. Suicides are happening among the farmers who remain outside the framework of getting these benefits.”

Reddy also pointed to the mismatch between the income and expenditures of farmers.

He said that the data released by the National Crime Records Bureau is also likely underreported after the decriminalization of suicides in the country and shift in data collection mechanisms.

Activists say that they have seen a spurt in suicides before the festival season.

“Festivals are important in India and such celebrations require the head of the household to buy new clothes, food or other things for the house. Failing to do so often acts as a trigger for farmers to commit suicide, who are reeling with a financial crisis,” said Reddy.

Mental health issues and addiction are common among farmers.

“Farmers suicides have a cascading effect on the entire family, especially children who find it difficult to deal with the sudden loss of a parent,” said Deepak Nagargoje, who runs Shantivan, a residential school for children of farmers in Maharashtra’s Beed district. “It is heartbreaking to see these children struggle while coming to terms with their loss.”

The report also states that the number of suicides in the country overall increased by 3.4 percent from 2018.