Skin cancer is mainly caused by excessive exposure to UV rays from the sun. 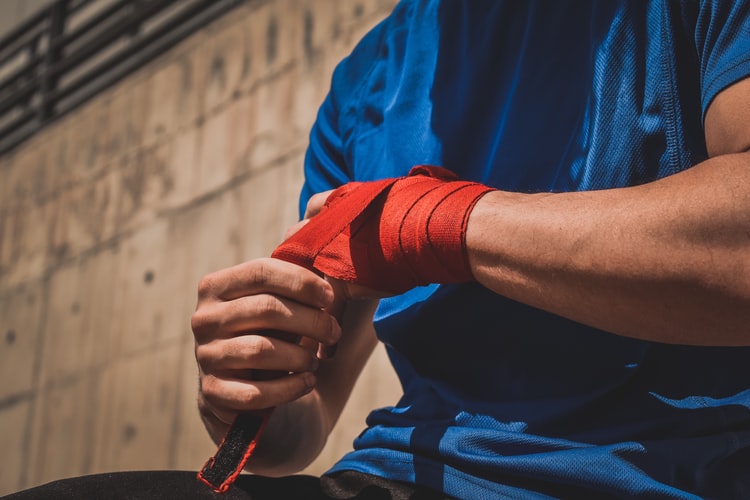 Hyperthermia, which involves applying heat to tumors, is one of the treatment alternatives. Researchers have been working on delivery systems for the heat. (Courtesy: Payam Tahery.)

Researchers from the Indian Institute of Science (IISc) have developed a bandage with magnetic nanofibers that kills skin cancer cells with heat.

While the study is in the early stages, its findings with mice offer hope for an effective alternative treatment for skin cancer.

Skin cancer, one of the most common kinds of cancers, is mainly caused by excessive exposure to ultraviolet rays from the sun. Conventional treatments include surgery, radiation therapy and chemotherapy, the IISc states. Hyperthermia, which involves applying heat to tumors, is one of the treatment alternatives. Researchers have been working on delivery systems for the heat.

The IISc researchers used a blend of magnetic nanoparticles, with nanoparticles composed of an oxide of iron and a biodegradable polymer that was pasted on surgical tape to generate “magnetic nanofiber hyperthermia.”

“Magnetic nanofibers have inherent properties due to which they dissipate heat when an external magnetic field is applied to them,” said Shilpee Jain, a corresponding author of the study. “This heat is used to attack the cancer cells.

“The research is in the very early stage, but we have seen promising results,” said Jain. “We have been working on magnetic nanofibers for the past five years, but we were mostly conducting in-vitro studies on fungal eye infections. It is only since 2017 that we applied it for skin cancer treatment. We tried and tested various patterns before coming up with the idea of a noninvasive bandage made with magnetic nanofibers.”

The researchers worked with 24 mice that were induced with tumors. After about two to three months when the tumors started growing, they began the treatment. Five sessions of magnetic nanofiber hyperthermia were given for 15 minutes each day.

“The tumors disappeared by the fifth day,” said Jain. “We also noticed that the affected region of the mice healed in 15 days and there were no scars.”

Tamasa De, who was also a part of the IISc study, said, “&mldr; large scale validation is yet to be done, but this could be a promising and cheap therapeutic strategy, After the usage of the bandage, we could see a drastic reduction in the tumor size. The tumor region where hyperthermia was induced recovered a little over a week. Interestingly, after 4-5 batches of treatments, we could see the regression of tumor in most of the mice. We noticed that the injured skin recovered within 15 days post-treatment with complete hair growth.

“After the full recovery, we left the mice for another month and we didn’t see any relapse or skin problem in them.”

The researchers say that it will take a few more years for the technology to be tried on human beings. They will conduct further studies, changing the time and frequency of the sessions on rabbits, dogs and monkeys before clinical trials.

“Hyperthermia therapy, which includes the delivery of heat energy to increase the surrounding temperature (40&dash;45 Celsius, or 104F-113 Fahrenheit) is a promising approach to treat cancer,” said Kaushik Suneet, a leading author of the study.

The WHO states that with depleted ozone levels, the atmosphere loses more and more of its protective filter function and more solar UV radiation reaches the Earth’s surface.

“It is estimated that a 10 percent decrease in ozone levels will result in an additional 300,000 non-melanoma and 4,500 melanoma skin cancer cases,” the WHO states. “The global incidence of melanoma continues to increase — however, the main factors that predispose to the development of melanoma seem to be connected with recreational exposure to the sun and a history of sunburn. These factors lie within each individual’s own responsibility.”

One in every three cancers diagnosed is a skin cancer and, according to Skin Cancer Foundation Statistics, one in every five Americans will develop skin cancer in their lifetime.

A 2005 study published in the Indian Journal of Cancer states that skin cancers constitute a small but significant proportion of patients with cancer. “In India, skin cancers constitute about 1-2% of all diagnosed cancers. Basal cell carcinoma is the commonest form of skin cancer worldwide, but various studies from India have consistently reported SCC (squamous cell carcinoma) as the most prevalent skin malignancy,” it states.