Inflation levels are at their highest since January and industrial production has declined by 8 percent. 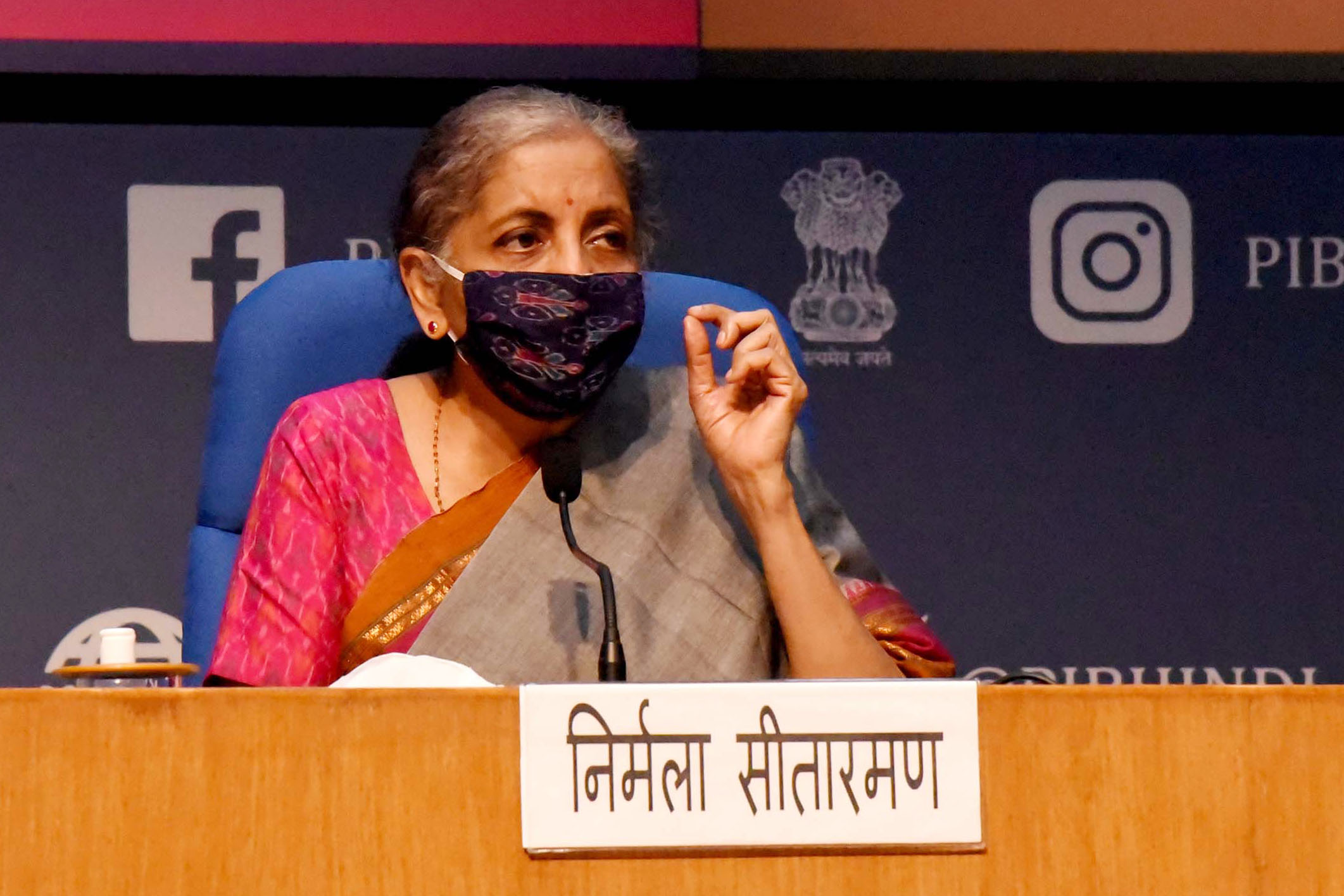 Government benefits will boost demand by an amount valued at INR 1 trillion ($13.6 billion) by March 2021, according to Sitharaman.

The package was announced on Oct. 12, the day when government data showed the highest inflation levels since January.

India’s consumer inflation increased to 7.3 percent in September from 6.7 percent the previous month as food prices continued to surge, according to government data released on Oct. 12.

The data on industrial production showed a decline of 8 percent in August on an annual basis, mainly because of lower output from manufacturing, mining and power generation sectors.

The government is now faced with trying to balance high inflation while boosting demand.

Many of the benefits announced by the finance minister are aimed at increasing spending by government sector employees ahead of India’s festive season, which kicks off this month. It also comes ahead of assembly elections in the eastern state of Bihar, the first election since the onset of the pandemic.

Under the stimulus plan, government employees are eligible for interest-free loans and cash vouchers, which are meant to generate consumer demand.

Whether the stimulus will have the desired effect is yet to be seen.

“Today’s announcements are for the section of society who is least impacted by Covid-19,” said Devendra Kumar Pant, chief economist at India Ratings and Research. “Government jobs and salary are protected. Today’s announcements are unlikely to have a significant impact on demand. However, if this along with other measures is able to improve sentiments, that may improve demand.”

India’s economic growth has hit record lows during the pandemic, leading to mass layoffs. An estimated 21 million salaried employees lost their jobs between April and August, according to data from the Centre for Monitoring Indian Economy.

India’s GDP growth contracted by 23.9 percent April-June year-on-year, the lowest in 40 years, according to data from the National Statistical Office.

The central bank, the Reserve Bank of India, recently stated that it expects the economy to shrink an overall 9.5 percent in the current financial year.

To boost consumer demand, the government announced a one-time INR 10,000 ($1.36 billion) interest-free festival advance to all its employees.

Since travel is limited during the pandemic, government employees can use cash vouchers to. buy non-food items, which carry a goods and services tax (GST) of 12 percent or more, said Sitharaman. These purchases will have to be made digitally  from GST-registered outlets.

“We estimate that the measures announced today, for boosting consumer spending and capital expenditure, will boost demand by INR 73,000 crore ($9.95 billion), to be spent by March 31, 2021,” said Sitharaman.

“Given that private sector spending through LTC (leave travel concession) tax benefit would be at least INR 28,000 crore ($3.81 billion), we estimate total demand boost due to today’s measures to be more than INR 1 lakh crore ($13.64 billion).”

Many businesses are reeling as they are unable to repay loans due to a lack of demand.

“These are good steps, but basic problems which the industries are facing need to be addressed first,” said Hemant Kanoria, chairman of SREI Infrastructure Finance. “Businesses need to be stabilized to stop job losses. Most of the companies are facing liquidity issues. The companies need a one-time restructuring of loans.”

The government in May announced a stimulus package of INR 200,000 crore ($266 billion), amounting, it said, to nearly 10 percent of GDP. According to analysis by India Ratings and Research, the relief package worked out to 1.1 percent of GDP.

Much of the government support was in the form of credit guarantees or credit lines, with minimal impact on government finances, India Ratings and Research stated.

“Over the last few months, the central bank had been juggling through multiple objectives — of keeping inflation low, managing rupee and bond yields — all of which are almost impossible to achieve simultaneously,” said Navneet Munot, chief investment officer at SBI Mutual Fund.

“With inflation shooting past RBI’s [the central bank’s] comfort zone, it was understandably reluctant to inject more liquidity.”