The chief minister, who is seeking a fourth term, faces challenges from a coalition partner as well as from the opposition.
By Sadiq Naqvi October 13, 2020
Facebook
Twitter
Linkedin
Email 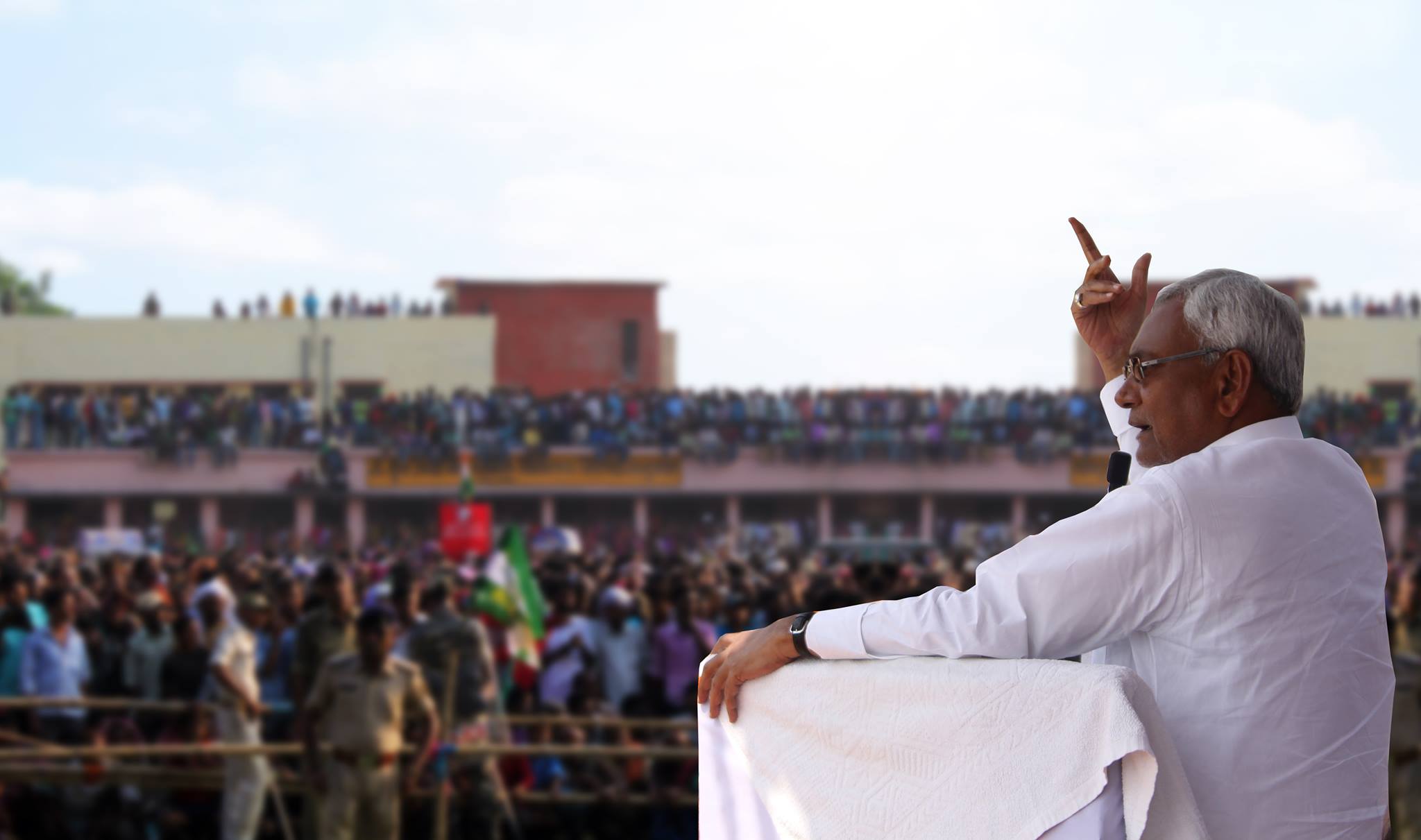 In the first elections to be held in India amid the pandemic, Nitish Kumar, the incumbent chief minister of the eastern state of Bihar, faces a daunting task to retain power in the upcoming state Assembly elections.

The stakes are high as Kumar and his party face a stiff challenge from both the BJP and the grand alliance Rashtriya Janata Dal (RJD), the opposition Congress and left-leaning parties.

The BJP is keen on shoring up its numbers in Bihar, where it has been playing second fiddle to Kumar’s regional political party. Further, the elections in Bihar have always been fought along caste lines.

“The election will be polarized between the two big alliances,” said K.C. Tyagi, a member of parliament and leader of JD(U). “It is an election where the voters are going to look at the condition of the state when Lalu [former chief minister Lalu Prasad Yadav] was in power and the situation during Kumar’s rule of 15 years. That way, we are ahead.”

The Election Commission has made unprecedented changes and arrangements for the elections, arguably one of the largest in the world, to be held in the shadow of the Covid-19 pandemic. Polling for a total of 243 seats will be staggered across three phases, starting Oct. 28, with the last phase of voting set for Nov 7. The results are to be announced on Nov 10.

The Bihar government has seen a lot of upheaval in the last five years. To begin with, Kumar contested the 2015 elections in a grand alliance with the Congress party and the Rashtriya Janata Dal (RJD) — another regional party led by Yadav, who is in jail on corruption charges.

The alliance won with an overwhelming majority, with Yadav’s RJD emerging as the single-largest party with 80 seats and the JD(U) second with 71 seats. However, the alliance did not last long. Marred by internal rifts, the alliance broke when Kumar ditched Yadav’s party and joined with the BJP-led National Democratic Alliance.

In the run-up to this year’s polls, both parties have agreed on a pre-poll seat-sharing pact for the 243-member Assembly — BJP will contest 121 seats and JD(U) will contest 122. The smaller alliance partners, such as the Hindustani Awaam Morcha and the Vikassheel Insaan Party, will be accommodated within these seats.

The Lok Janshakti Party (LJP), a small constituent of the National Democratic Alliance government at the center, will contest the polls alone in Bihar. This is likely to hurt Kumar’s JD(U) and benefit the BJP.

“The LJP could dent the JD(U)’s prospects,” said Santosh Singh, a journalist and author based in Patna.

While the LJP has made it clear that it will contest the seats against the JD(U), it will not challenge the BJP candidates. Singh believes this move has created an impression among the voters that the LJP is a proxy for the BJP and could also create some confusion about the alliance.

“It may end up helping the RJD on some seats,” he said.

However, JD(U)’s Tyagi dismissed this theory and said the LJP going alone won’t hurt their party in the polls.

The BJP leaders, on the other hand, have been tight-lipped on the matter in order to avoid upsetting Kumar. Earlier, they announced Kumar would be the chief minister, regardless of the number of seats won by the alliance partners.

“As far as the NDA coalition is concerned, our leadership at the center and the state has time and again reaffirmed and reposed their faith in the leadership of chief minister Nitish Kumar under the central leadership of [Prime Minister] Narendra Modi,” said Guru Prakash Paswan, spokesperson for the BJP.

As the polling dates near, a mixed bag of issues and government decisions could help determine the outcome.

“The network of roads has increased and there is a vast improvement in the power supply situation. Kumar’s move to impose a total prohibition on liquor found support in the rural pockets of Bihar even while there is opposition to it among the middle class in urban pockets,” said D.M. Diwakar, professor and former director of the A.N. Sinha Institute of Social Studies in Patna.

Yet this might not be enough for Kumar to secure a majority. The successful decisions of his government may be outweighed by the resentment among the more than 2 million migrant workers who returned to Bihar during the lockdown, with most of them enduring hardships during their journey back home.

“It is becoming a big issue and there is resentment on how the government handled it,” said Diwakar.

Minority groups are also unhappy with Kumar in the wake of the new citizenship law, according to Diwakar. The law, perceived to be anti-Muslim, was brought in by the BJP-led government last year. It led to widespread protests, violence and a crackdown by police across the country, including in Bihar.

While Muslims might see the RJD-led alliance as a better option, analysts say the alliance suffers from a leadership crisis. Yadav, the face of the alliance, is in jail. Tejaswi Yadav, his 30-year-old son, is the chief ministerial candidate of the alliance.

“If you look at the Congress and the RJD, it is a stable alliance but not a formidable one,” said Sanjay Kumar, director of the Centre for the Study of Developing Societies. “There is some dissatisfaction and disenchantment against Nitish Kumar. If there was a promising leader in the opposition camp, I think they would have been in a position to capitalize.”

Meanwhile, it’s a crucial election for the BJP after it lost the Maharashtra and Jharkhand state polls last year. The BJP would need a better showing to boost its tally in the Rajya Sabha, the upper house of parliament.

“BJP is not facing anti-incumbency despite being part of the alliance. They could emerge as the single-largest party,” Singh said.

Political pundits and experts believe the polls will be a fight over which party emerges as the single largest, since a coalition government is a foregone conclusion.

If the BJP wins more seats than the JD(U), it would have leverage for the chief minister’s position. Also, there is always the chance that parties will realign their alliances based on the performance in the elections.

“There will be post-poll realignment,” Diwakar said.