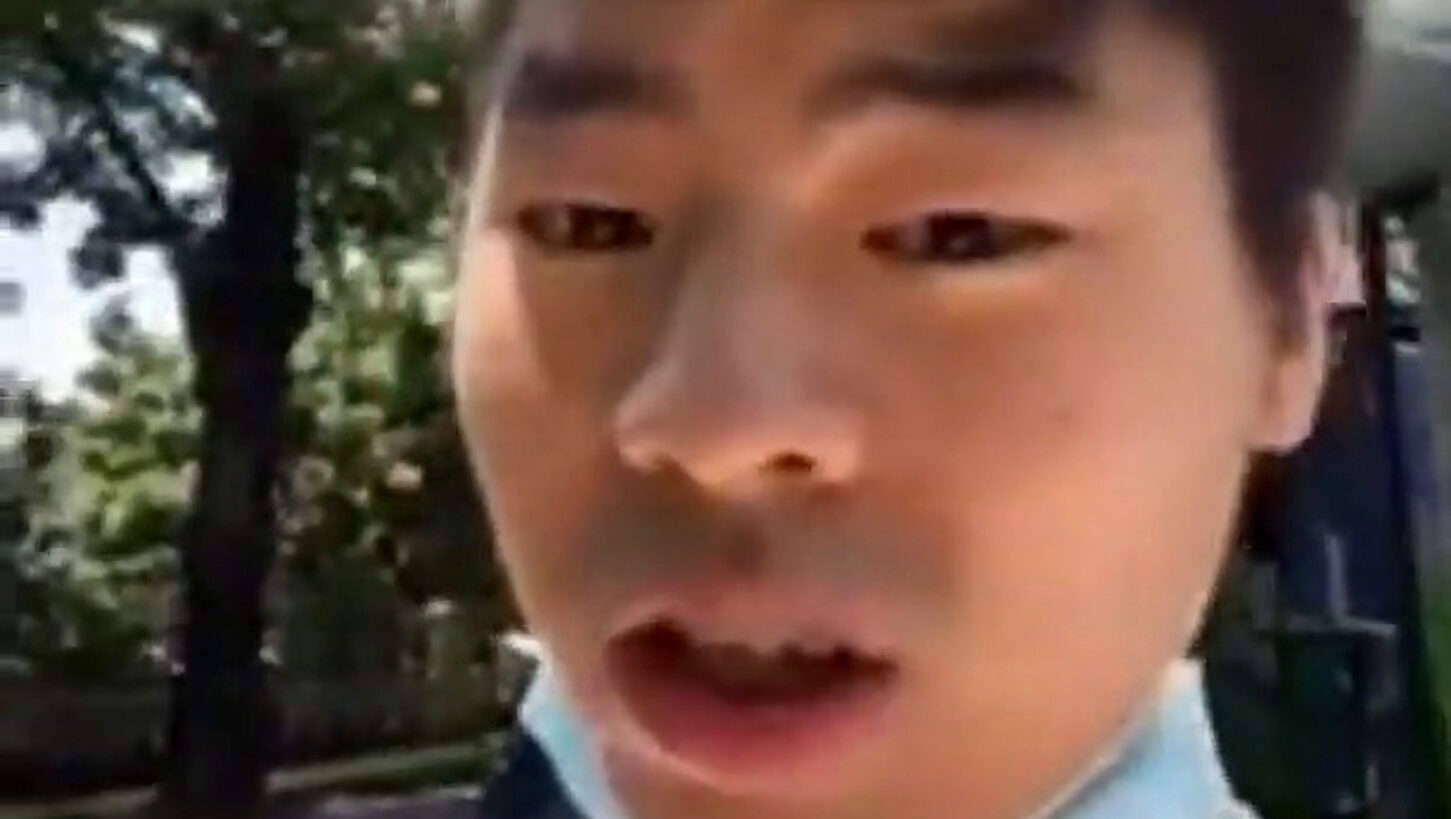 Vlogger Kenneth William Saputra in front of the mosque in West Java that he mocked. (@kenwilboy/Newsflash)

An Indonesian man’s joke about a mosque supposedly blasting dance tunes was no laughing matter to area police.

Kenneth William Saputra recently uploaded a video to his TikTok account featuring him walking near a mosque in the West Java province’s city of Bandung. In the footage, he speaks to the camera as loud dance music plays in the background. He then points to the mosque and claims that the noise coming from it is immoral.

“I was going for a walk and then I heard this [music]. It turned out it’s coming from there. Whoever is playing this music really has no morals,” he says.

In a follow-up video, Saputra backtracks on his attempt at humor by admitting that he added the audio himself.

He also said he did not intend to make a joke about the religion of Islam and was simply trying to “educate” his followers on how playing music through the speakers of a mosque, which are normally used for the call to prayer, is inappropriate.

That excuse fell on deaf ears, and police arrested  him on Oct. 5 for blasphemy under the country’s Information and Electronic Transactions Act, which carries a six-year jail sentence if convicted. An investigation into the matter is still ongoing.

Indonesia, which is home to the largest Muslim population in the world, considers blasphemy and insults against Islam serious crimes. But the vague wording of the country’s blasphemy legislation has led to it being used by law enforcement as a tool to target religious minorities, typically those deemed to have criticized Islam.

Former Jakarta Governor Basuki “Ahok” Tjahaja Purnama was dealt one of the country’s most infamous blasphemy convictions in 2017, after he warned the public that the Quran does not prohibit voting for non-Muslim political candidates. The Christian man also accused imams claiming otherwise of lying. He was sentenced to two years in prison and was released in early 2019 after serving the full term.

More than 150 other people were convicted under Indonesian blasphemy laws from 1965 to 2019, most of whom belonged to religious minorities, according to Human Rights Watch.