The feline crossed lakes and rivers, ending up in a town 31 miles from home.
By Lee Bullen October 12, 2020
Facebook
Twitter
Linkedin
Email 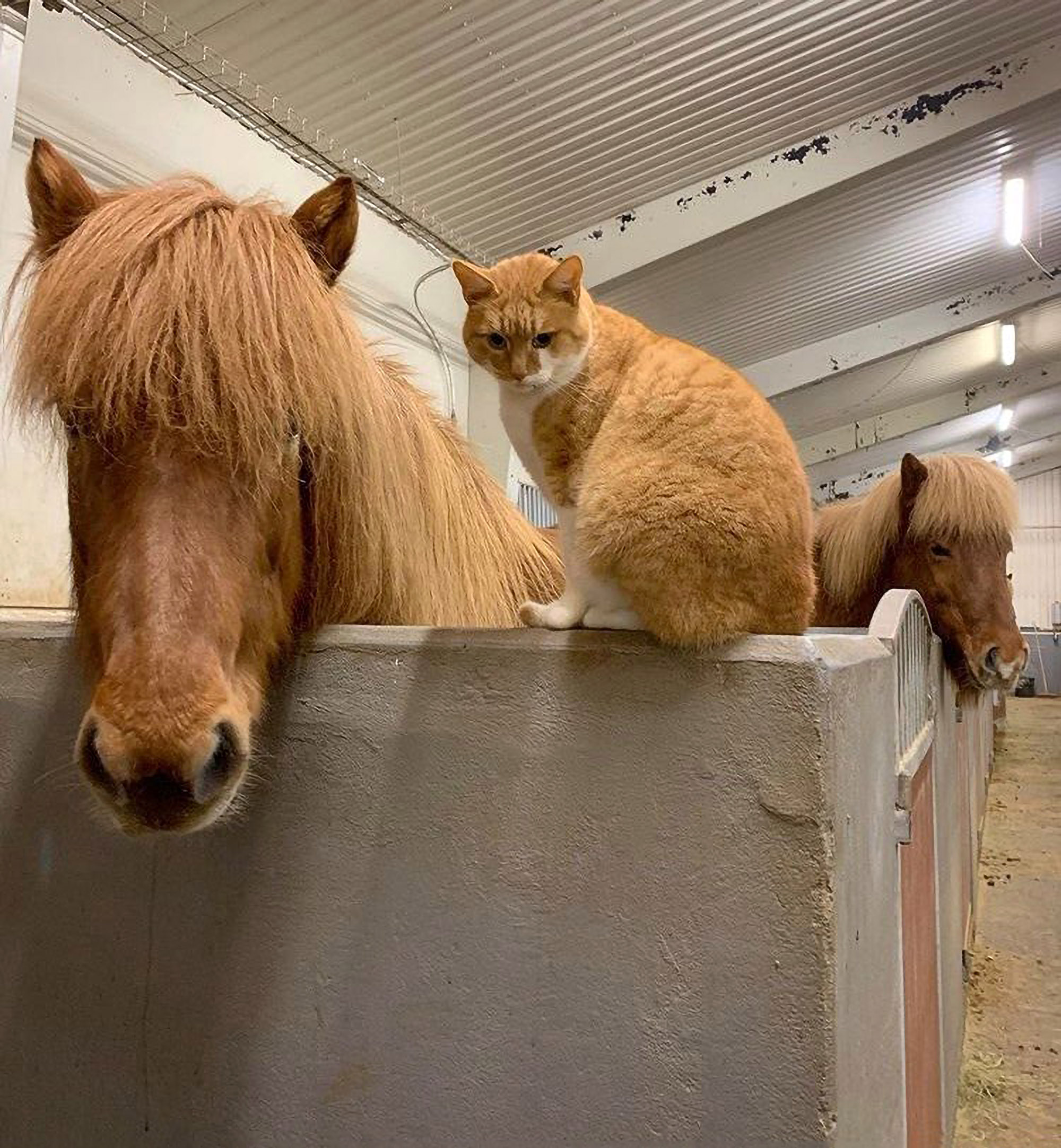 HOFSOS, Iceland—An adventurous pet has been safely returned home after a four-month trek across northern Iceland.

Gunnlaugur the cat, who lives in the northern village of Hofsos, was found around 31 miles away in Varmahlio, where locals had posted a picture of him online in hopes of finding his owners.

“We were extremely happy to know the cat was well and healthy, and very glad to have him back,” said Freyja Amble Gisladottir, whose boyfriend has owned the cat for eight years.

Gunnlaugur first went missing in June, but Gisladottir noted that it is normal for the feline to disappear for several days at a time as he likes to hunt.

“When he didn’t come back, we went looking for him, but couldn’t find him anywhere,” she said. “After two months of looking, we gave up and went and got kittens.”

Out of the blue, the adventurous cat suddenly turned up in Varmahlio, and locals spread the word of his arrival.

“I woke up and my boyfriend has just seen a Facebook post about a lost cat. Our vet shared it,” Gisladottir said. “It’s about 50 kilometres from us to Varmahlio where he was found — and there are lots of lakes and rivers to cross.”

“He was a little too fat when he left us, but now he is in great condition,” she said. “He is like any other cat. He likes to eat and sleep, get cuddled and order us around. He is pretty much the boss of the stables, and he is already back in his normal routine.”

Now that he’s returned, Gunnlaugur has taken up his old job of catching mice in the couple’s stable.

“He feels safe around the horses and dog and also bosses them around!” Gisladottir said. “He is very happy to be back, and we would never have found him if people hadn’t advertised him online. It’s amazing!”

Iceland’s capital, Reykjavik, banned keeping dogs as pets in 1924, and despite later lifting the ban, cats are now the preferred pet of choice in the country.

The Icelandic Cat Protection Society was established in 1976 and has since been working to ensure all cats in the nation are well-cared for and have food and shelter. The organization opened its shelter for homeless cats in 1991 and now receives more than 700 stray cats each year.

«Previous Post
Rare Falcons Worth ‘Hundreds of Thousands’ Seized In Italy»Next Post
Zenger News Quiz: A Rock Legend Dies and an NFL Coach Gets the Boot