Human rights activists claim the move is intended to shield police involved in the investigation. 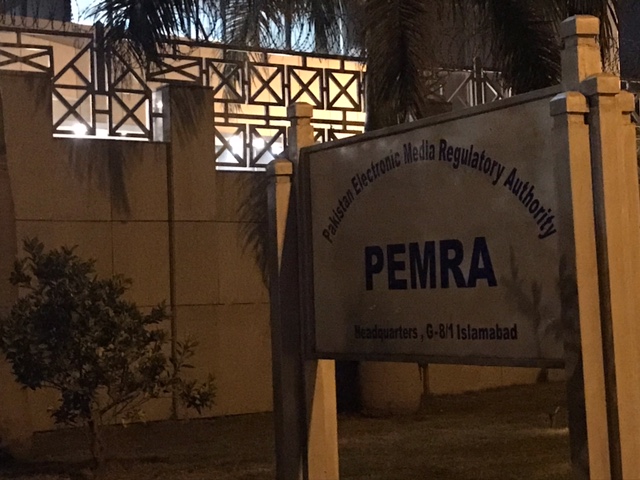 Following a court order, Pakistan’s media regulatory agency has banned media coverage of an alleged gang rape in Lahore on Sept. 9, in which a woman claims she was dragged from her car and sexually assaulted in front of her children.

The incident shook the nation, drawing attention to increasing reports of rape and sexual assault against women in Pakistan.

The ban was imposed after the investigating officer filed an application in court under Section 13(2) of the Punjab Witness Protection Act 2018.

“The reporting of the identity of a person connected with an offense of terrorism or a sexual offense, or the identity of the members of his family, shall be prohibited in print, electronic or other media, if the court is satisfied that the quality or voluntariness of the evidence of the person concerned will diminish thereby,” the law states.

The Pakistan Electronic Media Regulatory Authority (PEMRA), in a notification issued on Oct. 2 stated:  “All satellite TV channels (news & current affairs) are, therefore, directed to comply with the orders of the honorable Anti-Terrorism Court, Lahore, regarding the Sialkot motorway incident in letter and spirit, and refrain from airing any content with regard to the case.”

In ordering the ban, Judge Arshad Hussain Bhutta observed that the alleged crime was an offense of sexual nature, and due to the media coverage, the victim and her family will also be disgraced.

“So, the chairman of PEMRA is hereby directed to stop the coverage of case FIR No.1369/2020 of Sept 9, 2020 &mldr; immediately on electronic media, print and social media,” Bhutta wrote in his judgment.

The judge said that one of the suspects had been sent to jail for identification and “if the media coverage of the case was not stopped, it would certainly diminish the evidentiary worth of the material collected by the prosecution.”

The ban was not received well in many sectors, particularly in the wake of statements deemed to be insenstitive by Lahore Police Chief Omar Sheikh after the incident.

Human rights activist Farzana Bari said the investigating officer’s request to ban media coverage was a ploy planned and executed by police to protect the officers of Lahore.

“He (Sheikh) was under criticism for using such irresponsible statements and then the police failed to apprehend the main accused despite conducting several raids. He is a political appointee of the Imran Khan-government and whole of the state machinery is in full swing to shield him from criticism and hide his inefficiency.”

Last month, protests erupted in Pakistan after Sheikh questioned the decency of the rape victim on national television. Sheikh blamed the victim for being out of her home late at night. Also, in an appearance before the Senate Human Rights Panel, Sheikh said the incident happened as the victim was traveling alone and not with her husband.

Some journalists support the court-ordered ban, calling for stricter norms to regulate coverage of such cases as a way of eliminating sensationalism and inaccuracies.

“All day long, 80 percent of the news run by the media were unauthenticated. The reporters were polluting the crime scene, while the police personnel stood helplessly,” said Zaheer Babar, multimedia editor of Independent Urdu. “It is high time the media code of ethics should be formulated and implemented strictly. Otherwise, we, as journalists, know how the media is quite capable of doing and saying anything to win the race to report first and garner the TV ratings.”

Former additional attorney general Afnan Kundi, a Supreme Court lawyer, also supports the investigating officer’s request to the judge. But he said, “This law has to be applied uniformly. Did the police stop the media from covering the unfortunate rape incidents which were not highlighted nationwide? It seems the law will be applied only to the incidents getting a lot of media coverage.”

The alleged rape took place on a motorway close to Punjab’s provincial capital, Lahore. It is considered one of the safest roads in Pakistan, with motorway police equipped with the latest automobiles and technology.

According to accounts of the incident, the victim, accompanied by her children, had just left her home in Lahore, when the alleged attack occurred. Her brother and a friend quickly reached the location on the motorway, where they found the victim’s vehicle empty, with broken windows and bloodstains on its white exterior.

Her brother searched the vicinity and found his sister and her children in nearby fields. His sister was visibly distraught and was struggling to make it toward him, along with her children. She said the assailants had grabbed her and the children and dragged them to the fields. There, she claimed the two men sexually assaulted her in front of her children and then stole her valuables, including cash and jewelry, before fleeing.