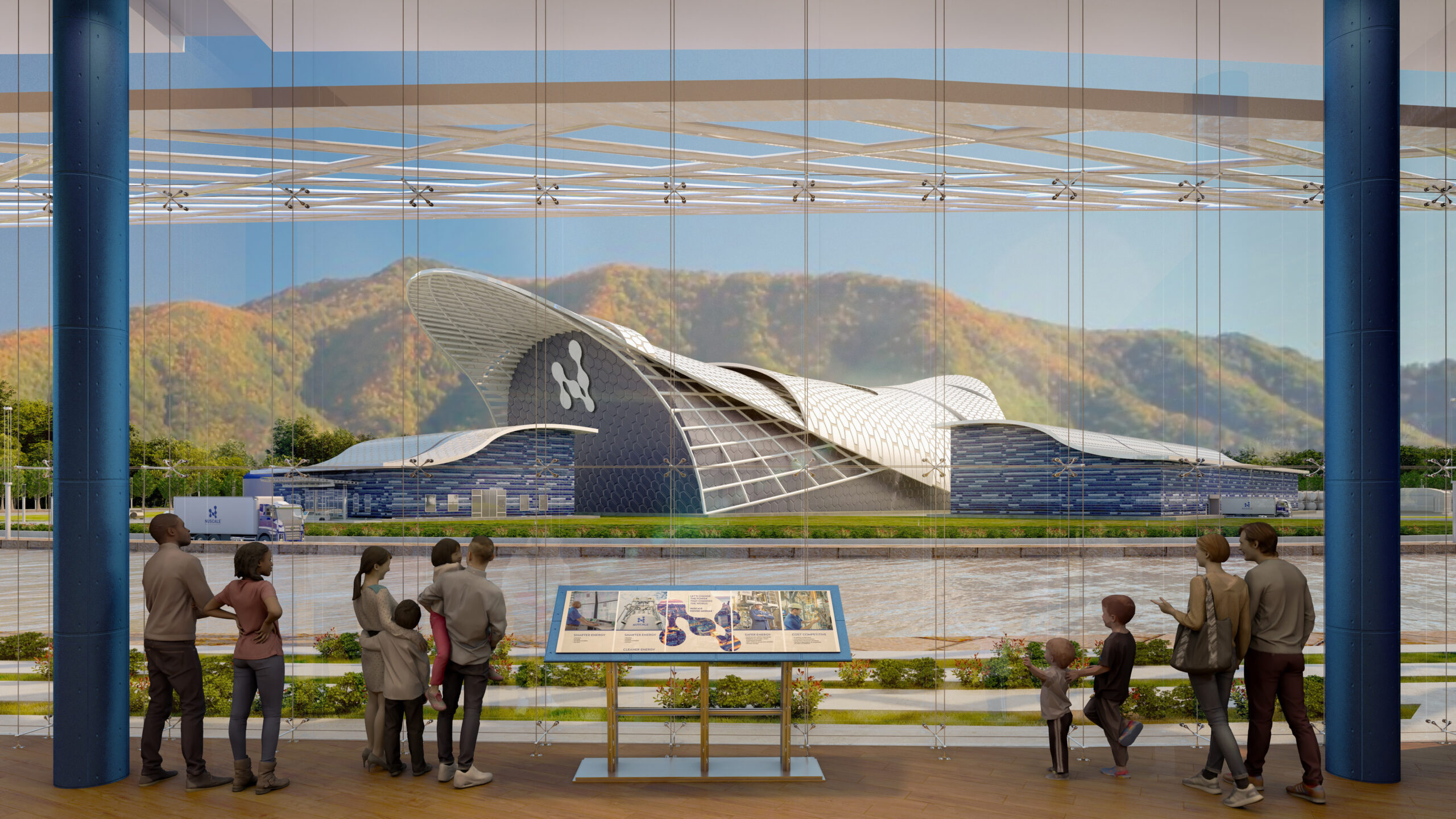 In a bid to revive a slowing industry, several U.S. nuclear power companies are employing a novel idea to invigorate the technology: go smaller.

The concept took a step forward last month when the U.S. Nuclear Regulatory Commission approved the small modular reactor design of Oregon-based NuScale Power, paving the way for wider deployment of the innovative new type of nuclear power. NuScale described its nuclear module as a “safer, smaller, scalable version” of more traditional nuclear reactors. It’s not the end of the regulatory process, but the approval was seen as a major milestone by the nuclear industry.

“This is a significant milestone not only for NuScale, but also for the entire U.S. nuclear sector and the other advanced nuclear technologies that will follow,” said NuScale Chairman and Chief Executive Officer John Hopkins.

Instead of building huge power plants that can also spur huge fears in neighboring communities, several nuclear technology companies are developing small-scale reactors with the capabilities to generate power on a smaller scale.

Much of the change in nuclear power is in the design. Gone are the soaring, cylindrical cooling towers that became an image of the Three Mile Island nuclear accident in 1979, which had a chilling effect on public opinion of nuclear power in the U.S. Instead, the new small-scale designs have a more appealing design that don’t look like traditional power plants.

“This is scalable advanced nuclear technology for the production of electricity, heat and clean water,” Jose Reyes, chief technology officer and co-founder of NuScale Power, said in a presentation to the Atlantic Council. “It’s nuclear power for the modern grid.”

The Nuclear Energy Institute, an association representing the nuclear power industry, is promoting the technology as carbon-neutral electrical generation that can help confront the challenges of climate change.

“NuScale’s design approval, the first of its kind, brings the country closer to meeting its clean energy goals and making electricity more accessible for all. This milestone demonstrates the nuclear industry can meet the demands for reliable, safe and affordable carbon-free energy here in the U.S., but also meet the demands of customers across the world,” said Marc Nichol, senior director of new reactors at the Nuclear Energy Institute (NEI).

One aspect of NuScale’s design is it uses natural forces for cooling, eliminating the need for a system of tanks, pumps, valves, piping and backup electrical generators that could fail in an emergency. It made the approval process easier for the NRC without these additional mechanisms to evaluate and approve, NEI said in a press release. Plus, with its smaller, modular design, a NuScale reactor can be constructed off-site and transported to its intended location.

Officials at NuScale tout the safety of the new design, which they say can withstand an airline crash into the facility, as well as cyberattacks and natural disasters such as hurricanes.

There are already plans to deploy the NuScale SMR system at the Idaho National Laboratory, where a commercial 12-module power plant will be constructed for the Utah Associated Municipal Power System (UAMPS). Linking the 12 modules together can produce 720 megawatts of electricity, about what a standard coal-fired power plant produces. And while a standard nuclear power plant producing that amount of power would normally occupy about 500 acres, the NuScale SMR plant fits onto a footprint of just 35 acres.

The small-scale design is also intended to provide flexibility. While the Idaho plant consists of 12 modules, the company said it could build plants with fewer modules that can better fit an electrical grid’s local power needs.

However, critics of NuScale’s project said it posed several problems, especially for the communities in Utah, Idaho, Nevada, New Mexico and California that are serviced by UAMPS.

“The estimated costs of the NuScale reactor design have been consistently going up. Just in the last five years, the estimated construction cost has gone up from around $3 billion in 2015 to $6.1 billion in 2020,” said the report, titled “Eyes Wide Shut.”

The report also said that the proposed plants still face safety concerns, especially since there is a “sizable” amount of nuclear fuel on site. It warned communities served by UAMPS that there is still regulatory uncertainty surrounding the technology, arguing that NuScale still must resolve some issues before receiving final approval.

“I am sorry to say that what lies ahead is risky and expensive if these municipalities do not avail themselves of the off ramps and exit this project,” said report author M.V. Ramana, the Director of the Liu Institute for Global Issues at the School of Public Policy and Global Affairs, University of British Columbia in Vancouver, Canada.  “Otherwise, they could end up being left holding the bag due to runaway costs, which could go up further due to the findings of the regulatory review carried out by the Nuclear Regulatory Commission, if the taxpayer subsidies announced by the Department of Energy do not materialize, and a host of other risks.”

But supporters of nuclear power see small-scale reactors as a way to grow an industry that has seen little growth in decades. Jennifer T. Gordon, managing editor and senior fellow at the Atlantic Council, said advances in research and development in nuclear technology have the country on the brink of a “nuclear renaissance.”

“Private sector companies are coming forward with cool new designs for small-scale reactors. So many people right now are trying to re-imagine nuclear energy,” she said.

Another company that is forwarding a new concept is California-based Oklo Inc., which is currently seeking NRC approval of its Aurora reactor design. Oklo’s “micro-reactor” design is even smaller than NuScale, producing just 1.5 MW, which is enough to power about 1,000 homes, while staying fueled for upwards of 20 years, the company said.

With its A-frame design, the plant looks something like a mountain lodge, Gordon noted. “It’s beautiful,” she said.

However, the roof isn’t just for aesthetics, but they also serve some practical purposes such as shielding the plant for inclement weather, including significant snowfall. The sloped roofs will also hold solar panels.

“While heat and electrons are the product, the Aurora powerhouse is the main point for community interaction,” said Jacob DeWitte, CEO and co-founder of Oklo. “We spent years thinking about how it could look, how it would function, and how it would become a point of pride in a community.”

«Previous Post
Supreme Court Confirmation Hearing to Begin for Amy Coney Barrett»Next Post
Where Can a Dolphin Ride Out a Storm? In the Hotel Pool