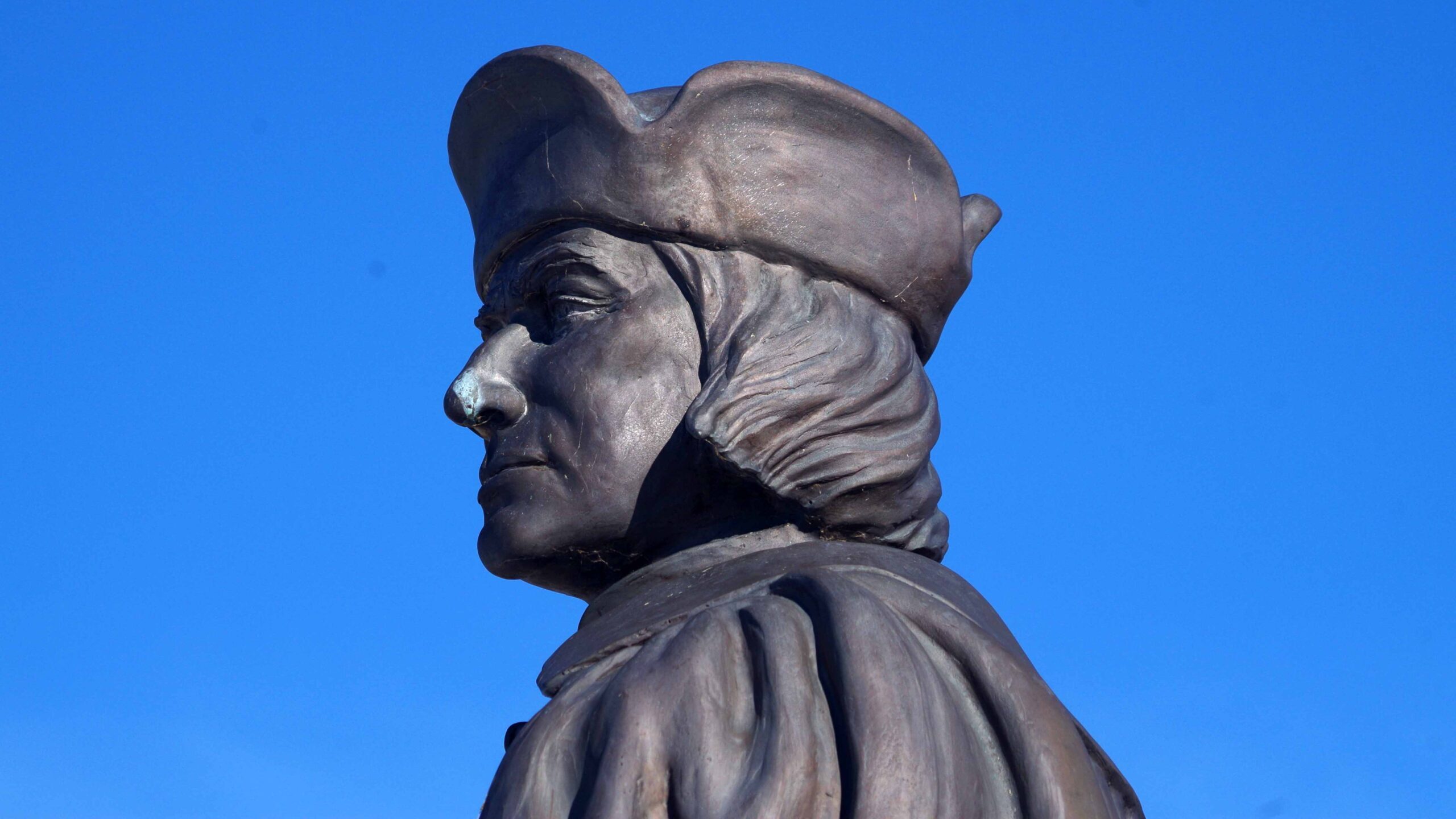 A Christopher Columbus statue in Kenosha, Wisc. on January 19, 2016. (Mike Steele via Flickr)

“Radical activists have sought to undermine Christopher Columbus’s legacy,” said President Donald Trump in Monday’s proclamation. “These extremists seek to replace discussion of his vast contributions with talk of failings, his discoveries with atrocities, and his achievements with transgressions. Rather than learn from our history, this radical ideology and its adherents seek to revise it, deprive it of any splendor, and mark it as inherently sinister.”

Trump signed executive orders earlier this year that ensure that anyone destroying or vandalizing a federal monument, memorial or statue is prosecuted, to create a National Garden of American Heroes, and establish a commission to encourage schools to teach American history and honor the nation’s founding.

“Together, we must safeguard our history and stop this new wave of iconoclasm by standing against those who spread hate and division,” he said.

Columbus, a sugar buyer in the Mediterranean and African Atlantic in the 1470s, met the daughter of a knight serving Prince Henry the Navigator, a Portuguese royal, in Madeira. Columbus’s marriage to her would produce his first son, Diego. He convinced the Spanish Crown that safe travel to the West was possible in 1492. He hoped to call come to Japan along the way.

Columbus mistakenly believed he knew where he was going, but that confidence helped him to overcome the voyage’s difficulties. A document kept by The American Catholic Historical Society of Philadelphia explains that Columbus received a map and a letter from Paolo Toscanelli, a fellow navigator with whom Columbus had correspondence in 1474. The map, which has since been lost, showed a vast, unknown island west of Spain known as “Antillia.” Columbus concluded that not only was the Earth round—which many at the time believed—but that he could reach China and India by sailing west.

Columbus’s ships sailed from the Spanish town Palos de la Frontera on Aug. 3, 1492. They made landfall in what today is the Bahamas on Oct. 12. He returned with six indigenous people, gold, precious stones and other goods, which he offered them to the crown in Barcelona. He made two more voyages in 1493 and 1498 but was unable to open the promised trade route to China. In return, Spain made him governor of the territory.

His letters were compiled in “The Four Voyages of Christopher Columbus,” and published in the 19th century. They say that the Spanish Crown stripped him of his position of Governor of the Indies, leaving him with only the title of “Admiral of the Ocean Sea.” His descendants then sued the Crown for the restoration of his titles. These lawsuits became known as the Pleitos colombinos (“Columbian lawsuits”), a lengthy legal ordeal that did not end until 1541.

The monarchs permitted Columbus a fourth voyage in 1502. In this final expedition, he explored coastal areas of Central America, discovering the land of the countries known today as Panama, Nicaragua and Colombia.

Christopher Columbus died in 1506, in Valladolid, Spain. His legacy remains in the connection between the two halves of the world.