The trailer of the second season of Mirzapur was accompanied by calls for its boycott. 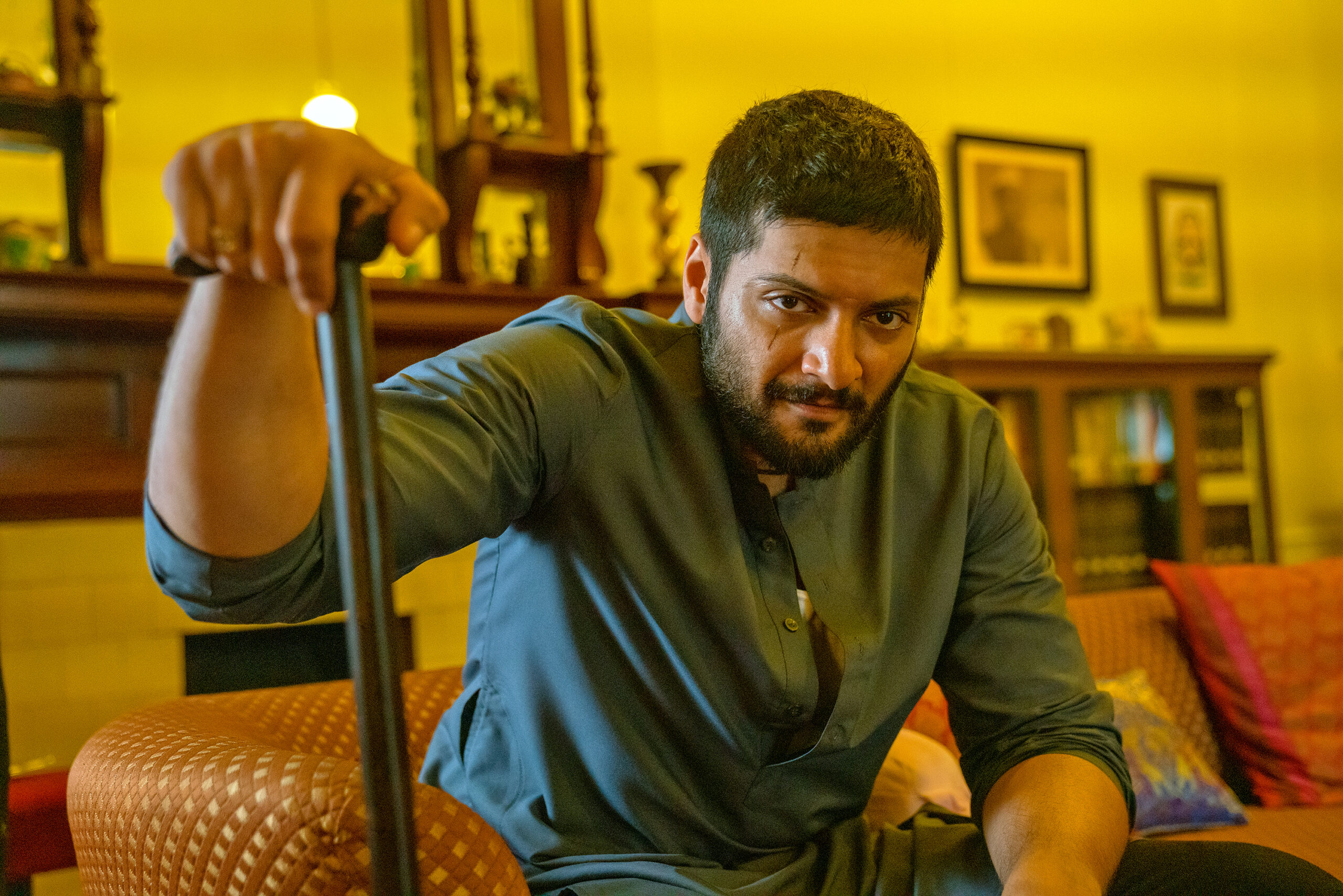 Two hours after the trailer for “Mirzapur”’s second season dropped online, the Hindi Amazon Prime Video show was already embroiled in controversy. Netizens took it on themselves to proliferate #BoycottMirzapur2 on social media.

The vitriolic tweets were targeted at the political affiliations of two people associated with the series. Actor Ali Fazal, who plays the role of Guddu, had tweeted his support for the protests against The Citizenship (Amendment) Act, 2019 (CAA), in December 2019. His tweets have since been deleted.

In the same vein, Farhan Akhtar, producer of “Mirzapur” too tweeted in support of the nationwide protests: “See you on the 19th at August Kranti Maidan, Mumbai. The time to protest on social media alone is over”.

According to the CAA and the National Register of Citizens (NRC), members of Hindu, Sikh, Buddhist, Jain, Parsi and Christian communities, who had come from Pakistan, Bangladesh and Afghanistan till December 31, 2014, will not be identified as illegal immigrants but allotted Indian citizenship. The Act glaringly leaves out the Muslim community.

Some tweets against “Mirzapur 2” are as follows: “No more movies or web series of people who are not loyal to their country #BoycottMirzapur2”; and “Boycott this type vulgar webseries and caa/nrc opposite people #boycottmirzapur2”

Shortly before its release in January 2018, the Sanjay Leela Bhansali film, “Padmaavat” starring Deepika Padukone faced similar boycotts over alleged disrespect to Rajput queen Rani Padmavati. Subsequently, the film was not released in the states of Gujarat, Rajasthan and Madhya Pradesh, where members of the Rajput community had stirred enough controversy. It eventually netted Rs 282.28 crore (around $3,84,82,295) at the box office, becoming one of the biggest hits of the year.

“People unnecessarily wanted the film banned,” said Amul Mohan, trade analyst, editor of Super Cinema, and film producer. “The film made a lot of money but could have made more if it was released in those three territories. As for the boycott calls against “Mirzapur,” it seems like the handiwork of some people who just want to stay relevant.”

Mohan likens the popularity of “Mirzapur” with that of “Sacred Games,” which was nominated for the Best Drama Series at the 2019 International Emmy Awards. The two-season Netflix show too endured flak with #BoycottSacredGames and #BoycottNetflix for its alleged disrespectful depiction of Hindus.

“You can’t please everyone in India,” said the trade analyst. “India’s favorite pastime is to get offended. The CAA discourse is not in the limelight for a few months now.”

Early in January 2010, before Padukone’s film “Chhapaak” released, similar boycotts followed when she was sighted at Jawaharlal Nehru University (JNU) in Delhi, expressing solidarity with students protesting the violence on the campus. Although disputed, the attack at the university was seen by some as a ploy to prevent students from raising their voice against a fee hike and the CAA.

“Why just films and television?,” asked Meghna Gulzar, director of “Chhapaak.” “Social media, when weaponized negatively, impacts society, politics and people. The documentaries – “Social Dilemma” and “The Great Hack” on Netflix keenly demonstrate what social media can and is doing. It is both dangerous and unfortunate, as I would like to believe these platforms initially aimed to connect people and encourage productive discourse.”

Trade analysts are of the opinion that any publicity is good, even social media boycotts as they raise curiosity. They don’t agree that the boycotts by unorganized sectors of society have any actual impact on film and television viewership, especially when streaming platforms don’t release data on viewership numbers. The fact that many of them are on new seasons, indicates their popularity.

“This is part of the reason I am not on social media,” said Sudip Sharma, screenwriter of films like “Udta Punjab” (2016) and the Amazon Prime Video show “Paatal Lok” (2020).

“Paatal Lok” navigated hot waters for a while, as #BoycottPaatalLok made its way to Twitter trends when users called the show anti-Hindu, accusing the makers of mocking the community’s religious beliefs.

“I think it’s important for artists to preserve their sanity and not to get embroiled in this cycle of bullsh** that keeps happening every day. My answer is very simple: I really don’t care about it and I stay as far away from it as possible,” said Sharma.

India’s growing intolerance towards the arts sheds light on bigger issues. When it’s not invisible trolls online protesting artistic freedom, it’s the government regulating bodies that impede film and television releases. Case in point: when the Central Board of Film Certification (CBFC) halted the release of Sharma’s “Udta Punjab” because of its content depicting drug abuse in the north Indian state. The film was released after the Bombay High Court stepped in.

“Lipstick Under My Burkha” (2016) too was, initially denied a release in India, after the CBFC refused a certificate, stating: “There are contagious [sic] sexual scenes, abusive words, audio pornography and a bit sensitive touch about one particular section of society.”

“I cannot compare the informal boycotts done by any one person, I don’t see that in the same light as a ban proposed by a government organization, which is supposed to be doing a certain job,” said actor Ratna Pathak Shah who starred in “Lipstick Under My Burkha”. “Social media is a pit of vipers and I don’t want to go there. As far as the ban on various kinds of works of art, films or documentaries or plays, all these are censored by the government and I don’t think that’s a wise idea at all.”