A four-week-old pup was covered in filth and left without food or water.
By Maja Mishevska October 9, 2020
Facebook
Twitter
Linkedin
Email 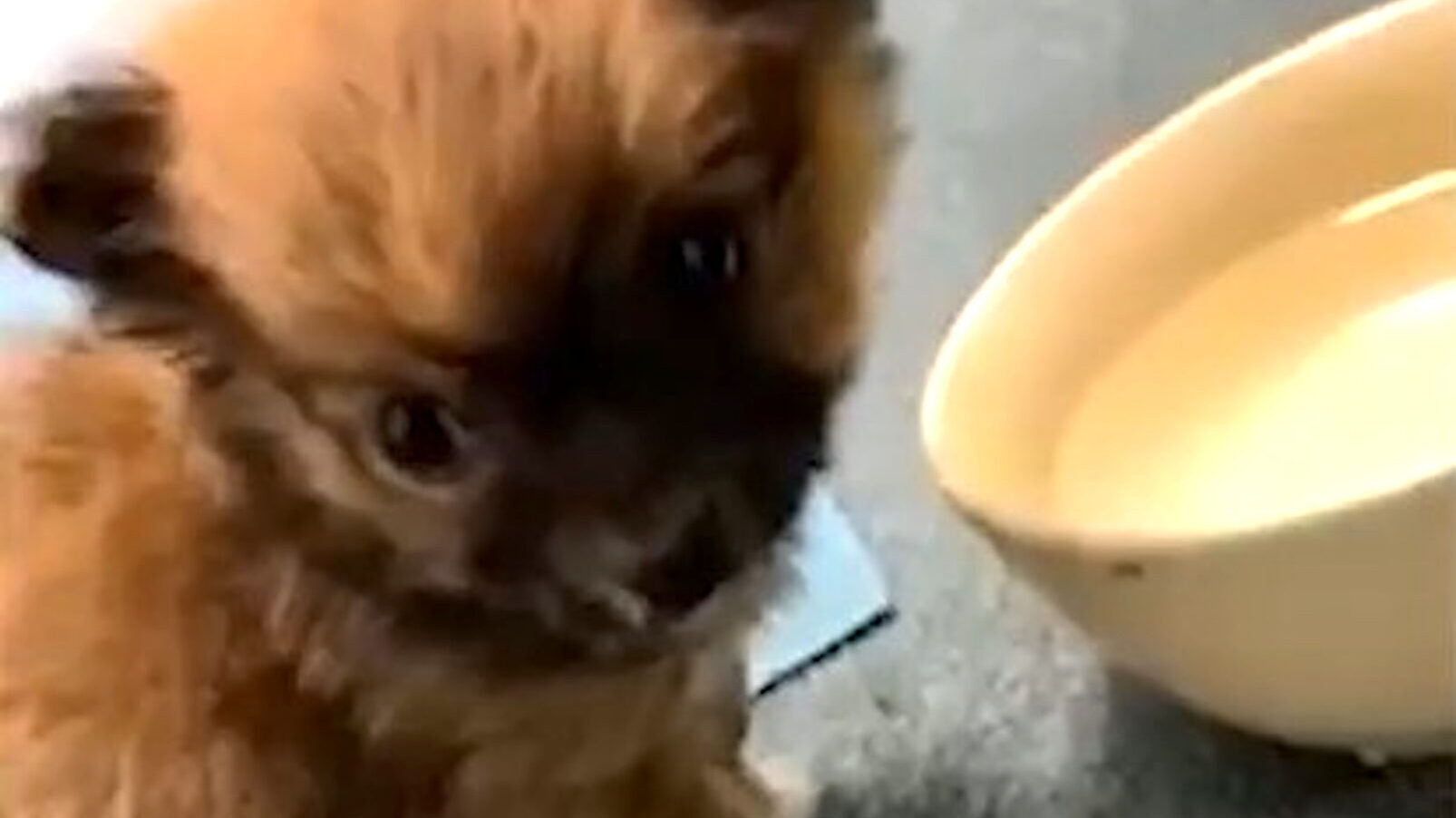 The puppy looks around in an unknown location in an undated photograph. (Clipzilla)

NEWARK, England—Police investigating a disturbance report found that the noisemaker was an abandoned puppy.

Officers with the Nottinghamshire Police Department made the discovery after being called to an outbuilding in the Tolney Lane area in Newark, England at about 10:30 p.m. on Oct. 6.

Upon searching the outbuilding, authorities found no sign of occupants. Instead, they found a starving, four-week old puppy lying in its own feces without food and water.

Police took the male dog back to the station, where he was cleaned and ate food donated by local vets.

“We were carrying out a search of the vicinity and were shocked to come across the little pup who just stared back at us wide-eyed, forlorn and helpless,” Sergeant Simon Brooks said. “We were devastated to see the disgusting conditions he was living in and immediately decided to take him back with us and give him the care he needed and should expect. He was clearly starving by the way he gulped down his food and water.”

“He’s a great little character, and we have not been short of volunteers to take the little lad home!” he said.

Officers took care of the puppy through the night and handed him over to the team working the morning shift, who contacted Rachel Gough, dog warden for Newark and Sherwood District Council.

“The poor little mite was in quite a mess. He’s got feces matted to his back-end where he’s been sat in his own mess, and he’s clearly got a belly full of worms, which can be fatal if left untreated,” she said. “I think he’s probably between four and five weeks old, but if he’s not had the nourishment he needed, he’s not going to have been growing as he should.”

As for the pup’s breed, Gough said he appears to be a Chihuahua mixed with Pomeranian — but she’s not yet sure of that.

“One thing is for certain — he’s too tiny to be away from his mum or littermates,” she said. “It’s really crucial for them to be socialized with their family when they’re this young.”

The puppy has since been put in foster care with other dogs and will remain there until he is old enough to be adopted permanently.

As of 2018, the pet population in the United Kingdom was estimated to be around 9 million dogs and 8 million cats, with about 44% of the nation’s households owning pets. However, an estimated 10,000 dogs and countless cats are without homes in the country at any given time, according to People for the Ethical Treatment of Animals.

Stray dogs have presented a significant problem in the nation for several years now, and more than 47,500 dogs there were abandoned by their owners in 2014, the most recent year statistics are available for. Those who find stray or lost dogs are encouraged to report sick animals to the Royal Society for the Prevention of Cruelty to Animals and to contact their local council with information on any healthy animals found.