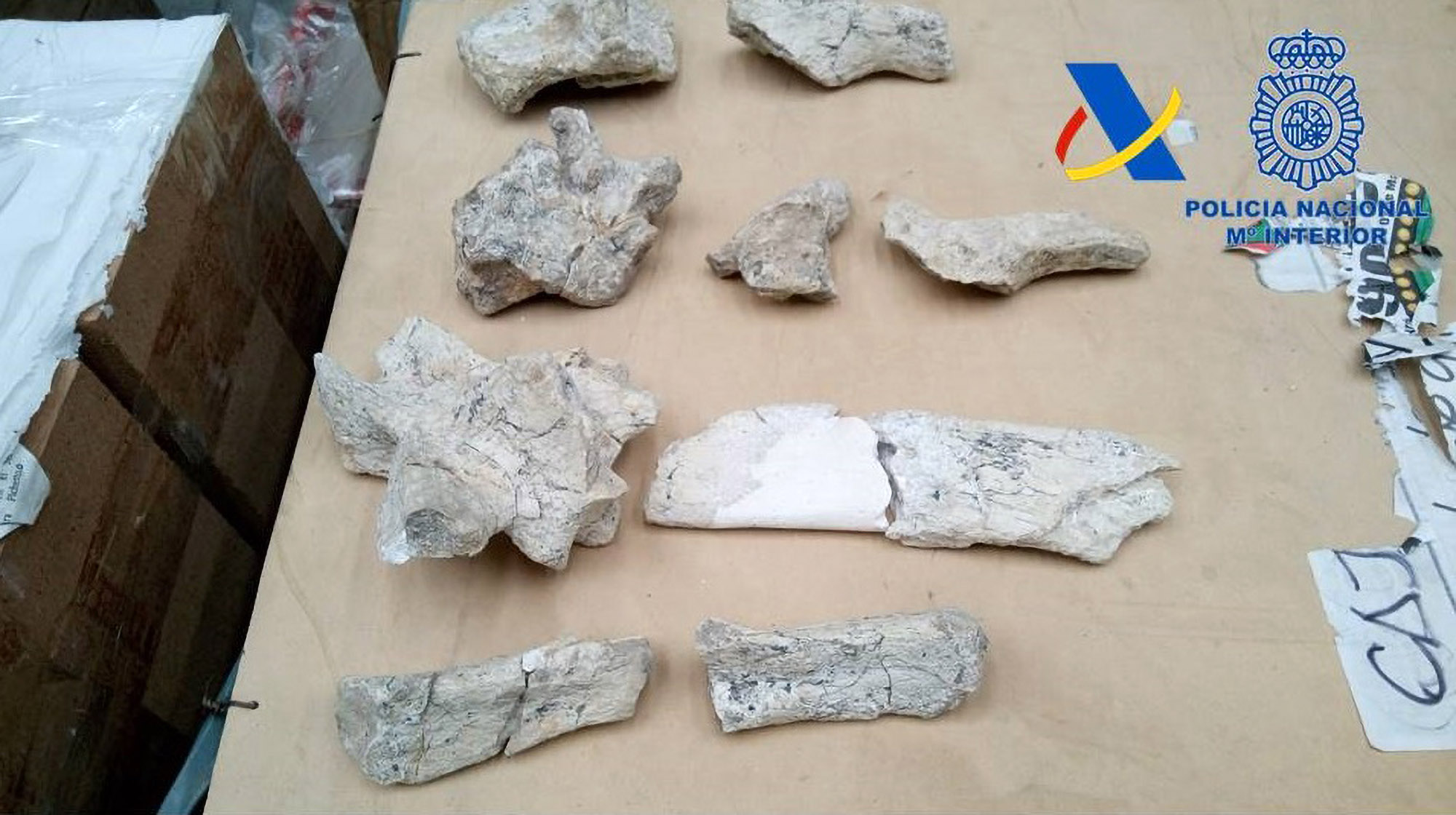 The 4,000 fossils seized by Spanish police in the port of the Spanish province of Valencia in an undated photograph. (Newsflash)

Some 4,000 illegally exported fossils, including five dinosaur eggs worth $176,000, have been seized, along with valuable rocks and minerals in a raid, according to Spanish police.

They also reportedly found several live animals hidden with the fossils in the hope of smuggling them into Europe.

Agents of the National Police and the Tax Agency stopped the cargo in the Port of Valencia, capital of the autonomous community of Valencia, Spain, in February. They conducted a preliminary check with high-tech equipment, but did not open the container.

Police did a second, “exhaustive” inspection in early March, during which the container was opened and the contents examined. It’s presumed the animals were removed at that time. They put the fossils back in the container for a later scientific examination.

The official news of the findings wasn’t released until Oct. 7.

The police operation was triggered by a complaint filed by the Argentine Customs Authorities to the Department of Customs and Special Taxes. The collaboration requested the detection, detention and recognition of an export of personal property destined for the Port of Valencia.

The other fossils included a prehistoric horse tooth capable of showing insights on how the animals originated in the Americas and then spread to the rest of the world.

A complete specimen of a dinosaur was also found, although its type was not revealed.

Animals protected by the CITES (Convention for the Control of International Trade Of Protected Species) were also found. It was not revealed what they were, but it is presumed they were low-maintenance rarities able to survive the journey with minimum care. Officials said they were taken to a proper facility.

All items seized were hidden among stones of different sizes, shapes and colors, to evade custom controls.

The merchandise transported was originally from Argentina, including the fossils, minerals and rare animals, and it is currently being held at a secure location in the Port of Valencia at the disposal of the Argentine Authorities. They will eventually repatriate everything, once the paperwork is completed.

Two people have been indicted in Argentina for the illegal export of the fossil remains from the museum.

Fossil trading as gone on for centuries, some legal, some illegal. Often, museums have to compete with private bidders.

The Field Museum, with support from McDonald’s Corporation, the Walt Disney World Resort and private donors, bought Sue the Tyrannosaurus for a staggering $8.4 million in a 1997 auction. Norwegian paleontologist Jorn Hurum says he paid nearly $750,000 in 2009 for Ida, a fossil he believes is an evolutionary missing link.

And in June 2018, a private buyer paid $2.36 million for a nearly complete skeleton of a carnivorous dinosaur sold at a Paris auction.