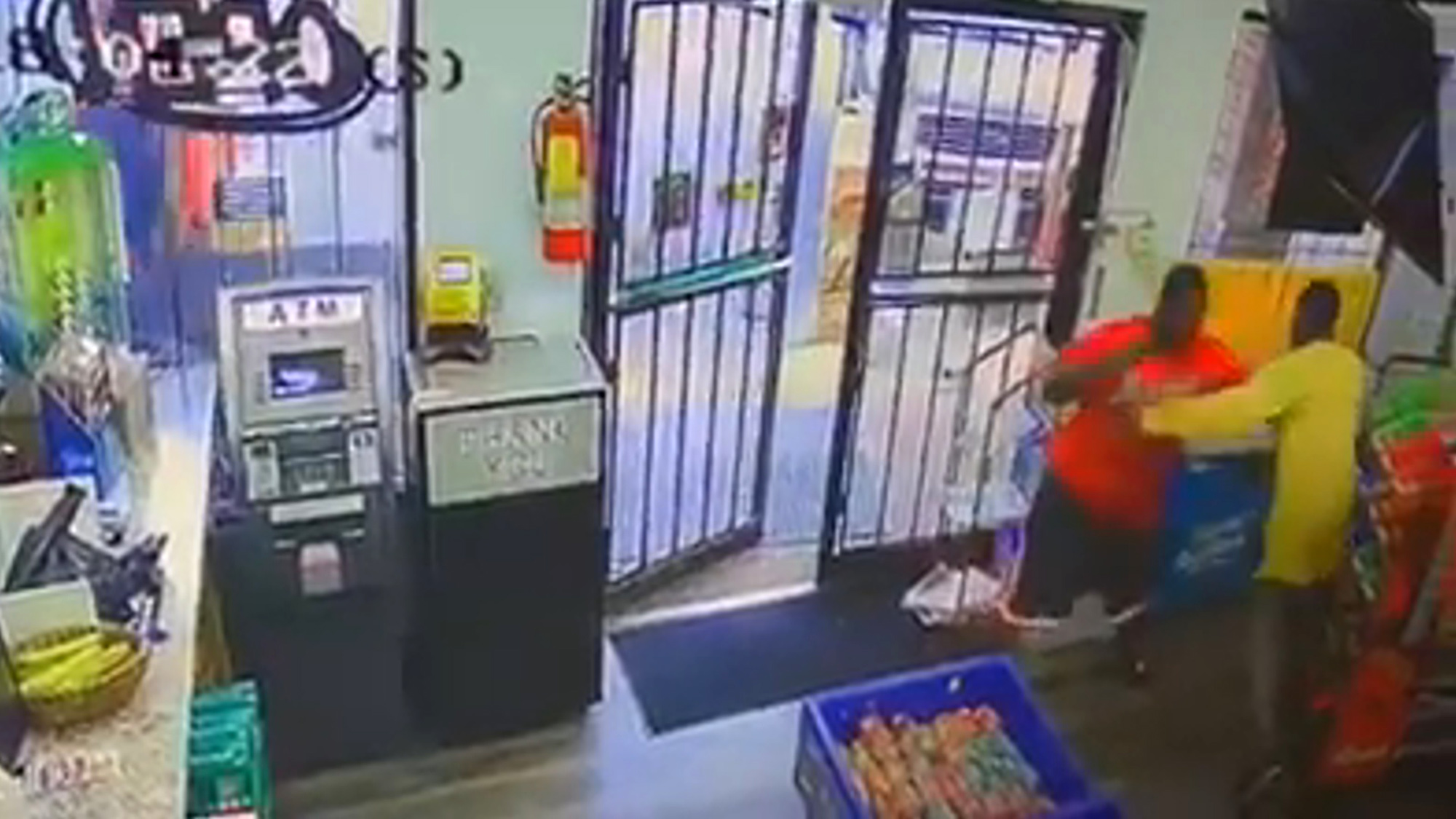 The suspect and the victim engage in a scuffle in Albany, Georgia, in an undated photograph. (@AlbanyPDGA /Newsflash)

A chance encounter in the checkout line of a convenience store in Albany, Georgia, quickly turned violent.

A man was shot multiple times, yet still managing to fight off his attacker.

The shooting, which was caught on a closed-circuit TV camera, took place at about 6 p.m. Tuesday at the A&S Foods on Mobile Avenue.

The victim, wearing a yellow shirt, is standing in line at A&S Foods as the suspect, wearing orange, enters the store. The pair exchanges words while the suspect keeps his right hand hidden behind his back.

The victim, identified as Terrance Wilkes, turns to leave, but the suspect then reveals a handgun and apparently shoots the victim repeatedly at close range in the midriff.

“Albany Police are searching for a shooting suspect who placed several people’s lives in danger inside a convenience store, the city’s police department said in a Facebook posting. “&mldr; Wilkes was taken to the hospital by EMS and is in fair condition.”

Police said the victim has not been cooperative in talking about the assault. As a result, they are asking anyone having information about the incident to contact them.

Overall, gun violence is more common in the U.S. than in all other high-income countries.

There were 39,773 firearm injury deaths in the United States (or 12.2 firearm deaths per 100,000 total population) in 2017 — the most recent year final figures are available for — according to the Centers for Disease Control and Prevention.

Such numbers mean “Americans are 10 times more likely to die as a result of a firearm, compared with residents of these other high-income countries,” according to a clinical research study published in The American Journal of Medicine.

America’s large number of firearm injuries and deaths has led to a longstanding battle over gun-control laws between such groups as the National Rifle Association, which bills itself as the “foremost defender of Second Amendment rights,” and Brady United, which advocates stricter limits on gun ownership.