Taekwondo champ is desperate to secure sports pension from Colombia. 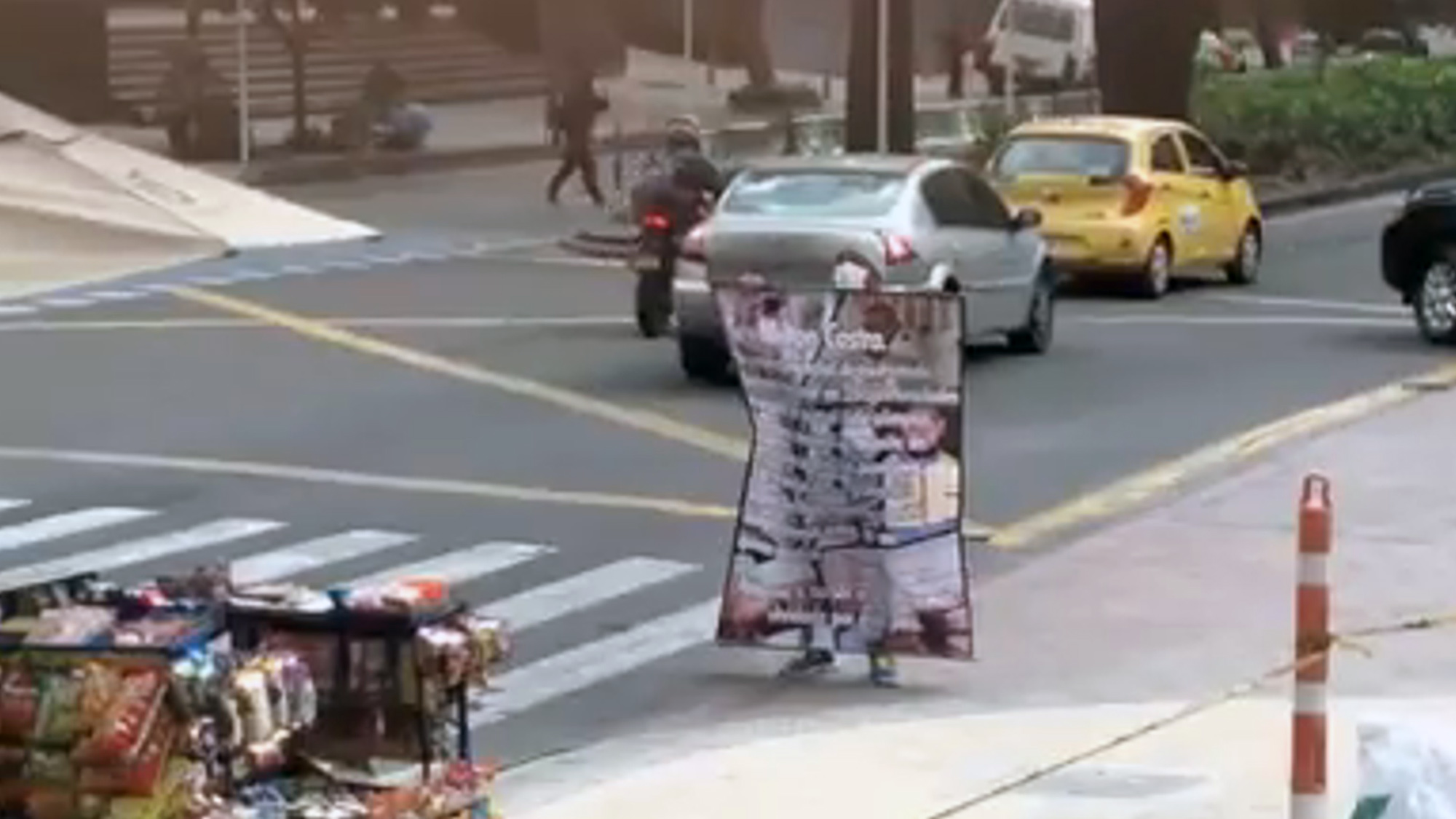 Taekwondo olympian Milton Castro begging in the streets of the Colombian capital of Bogota in an undated photograph. (@nocovediaz/Newsflash)

A terminally ill former Olympian was forced to beg for money at a traffic stop to pay for life-saving treatment.

Former Colombian Taekwondo athlete Milton Castro, 44, was filmed begging for money next to a traffic light in the capital city of Bogota last month.

Castro, who won two bronze medals in Pan American competitions, was diagnosed with a terminal kidney illness 11 years ago. He was given a life expectancy of 15 years by doctors and is strapped to a dialysis machine for seven hours three times per week to treat his illness.

Despite his contributions as an international athlete for the sport in Colombia, he has not received recognition as a “sports glory” in the country.

That status, given to citizen athletes who have made big contributions to sports, would provide a much-needed lifelong pension. Castro has continued to make a bid to the Olympic Committee in Colombia in hopes of securing one.

The person filming the video recites some of the former athlete’s biggest victories, calling him a “world champion” and a “35-time Taekwondo champion in Colombia who placed fourth in the Sydney Olympics.”

Castro participated in the 2000 Sydney Olympics as a wild-card invitation for the 176-pound weight class, winning two of his four matches. He has won two bronze medals, one in the 1995 Argentina Pan American Games and another in the Pan American Championship in the Peruvian capital city of Lima in 1998.