The exec said officers were racial profiling; they said his turning on cell camera ‘creates a completely different narrative.’ 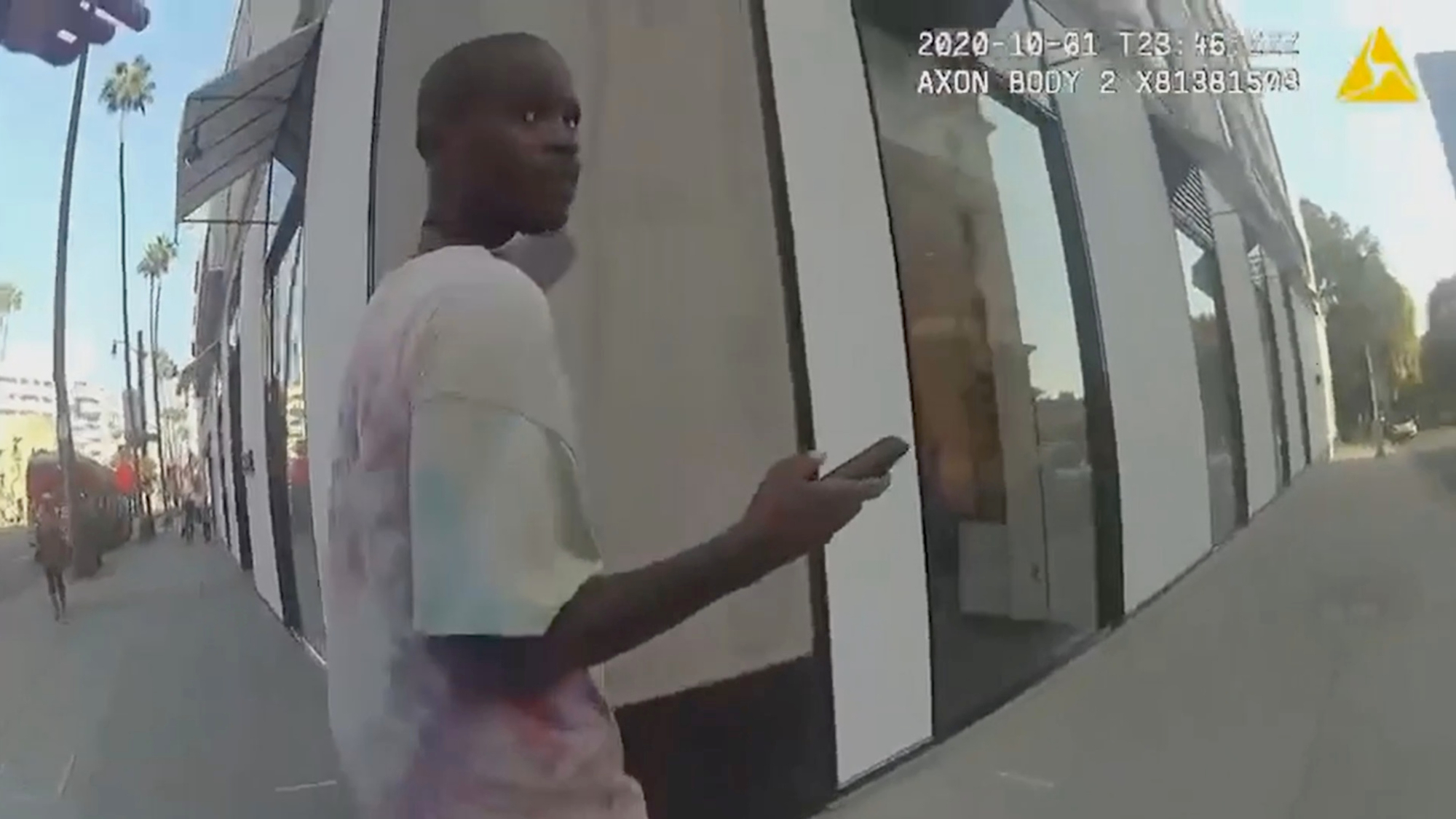 Police released footage that paints a fuller picture of their interaction with a black Versace executive who accused them of racial profiling for an incident earlier this month.

Video captured by a Beverly Hills, California, police officer’s body camera on Oct 1. shows Salehe Bembury, the fashion company’s vice president of sneakers and men’s footwear, admitting to jaywalking at Camden Drive and Wilshire Boulevard before he is released without a citation in under four minutes.

During the interaction, officers refer to Bembury as “sir” and ask him if there is anything they can do to make him more comfortable as they perform a search of his person. The man, who later went viral after sharing footage of his own on social media, says that their presence alone is making him uncomfortable and asks for permission to retrieve his phone.

After taking the device out of his pocket, he begins filming, claiming that the officers are harassing him because he’s black.

“OK, I am in Beverly Hills right now, and I am getting f*cking searched for shopping at the store I work for,” he says.

Bembury continues to insist that he’s being racially profiled before the officers eventually let him go. He later shared his video of the incident on Instagram with the caption, “Beverly Hills while Black. I’m OK, my spirit is not.”

In response, the Beverly Hills Police Department released a statement along with the body camera footage.

“Mr. Bembury admitted to the pedestrian violation and told the officers he was looking at the GPS on his phone to determine where he was heading. The entire detention lasted about 3 1⁄2 minutes,” the department said. “Mr. Bembury consented to a search, was cleared of any outstanding warrants and released with a warning. No citation was issued.”

Black people in California are stopped by police officers more frequently than people of other races, according to statistics from eight law enforcement agencies in the state. In both Los Angeles and San Francisco, black residents accounted for more than a quarter of all those stopped by police in the second half of 2018 despite making up less than 10% of either city’s population.

Interactions between police officers and black Americans have been under renewed national scrutiny since George Floyd, a black man accused of using a counterfeit $20 bill, died while being arrested by a white police officer in Minneapolis in May. Footage of the incident sparked nationwide protests against systemic racism and police brutality, as well as calls to defund the police.