The vice president and his challenger also clashed over the president’s taxes. 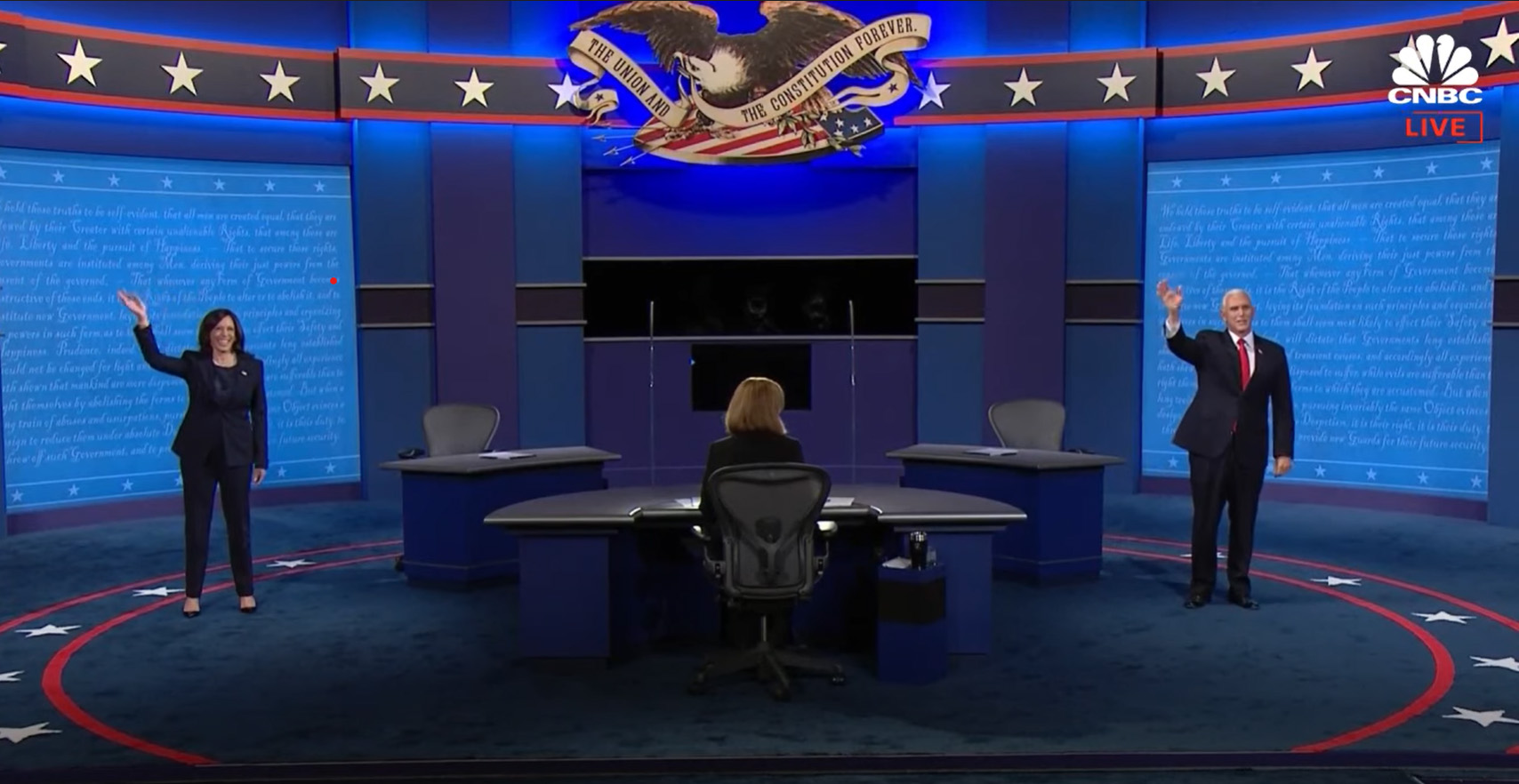 The president’s income taxes, the employment effects of a Green New Deal, Sen. Kamala Harris faced off with Vice President Mike Pence on the economy as part of their vice presidential debate at the University of Utah in Salt Lake City.

While Wednesday’s debate was the only time the California Democrat and former Indiana governor will debate in the 2020 campaign, President Donald Trump and former Vice President Joe Biden will meet next on Oct. 15, the second of three planned debates between the presidential candidates. The two first sparred last week, shortly after The New York Times reported on Trump’s financial records, which he refused to make public for much of his presidency.

Harris brought up Trump’s finances early in the evening, highlighting the report the president paid $750 in taxes and has debts of $400 million.

“When we say in debt it means you owe money to somebody and it would be really good to know who the commander-in-chief owes money to, because the American people have a right to know what is influencing the president’s decisions, and is he making those decisions on the best interest of the American people — of you — or self-interest,” said Harris.

Trump, like all senior-level federal government employees, files an annual financial disclosure listing his assets and debts in detail. The form requires a signature under penalty of perjury.

Pence said Wednesday that Trump “has paid tens of millions of dollars in taxes. Payroll taxes, property taxes.” He said the president has described the reports as inaccurate.

The exchange allowed moderator Susan Page, Washington bureau chief at USA TODAY, to segue from discussion of the administration’s Covid-19 pandemic response to questions about jobs and the economy.

“And across the board, if you have student loan debt, we’ll cut that by $10,000,” Harris said. “That’s how Joe Biden thinks about the economy. It’s about investing in the people of our country, as opposed to passing a tax bill, which had the benefit of letting American corporations go off-shore to do their business.”

But Pence saw an opening and took aim.

“When President Trump and I took office, America had gone through the slowest economic recovery since the Great Depression. President Trump cut taxes across the board,” Pence said. “But, America, you just heard Senator Harris tell you: On Day One, Joe Biden’s going to raise your taxes.”

Harris shook her head, saying, “That’s not what I said.”

Pence argued the administration’s actions have strengthened the economy against the pandemic.

“We’re going through a pandemic that lost 22 million jobs at the height, we’ve already added back 11.6 million jobs because we had a president that cut taxes, rolled back regulation, unleashed American energy, fought for free and fair trade, and secured $4 trillion dollars from the Congress of the United States to give direct payments to families. Saved 50 million jobs through the paycheck protection program,” he said.

“Joe Biden and Kamala Harris want to raise taxes. They want to bury our economy under a $2 trillion Green New Deal. They want to abolish fossil fuels,” said Pence. “And ban fracking, which would cost hundreds of thousands of jobs across all the heartland.”

A Tale of a Blue-Eyed ‘Chaiwalla’