Sen. Kamala Harris claimed in her only general election debate that President Donald Trump ‘lost’ his trade war with Beijing. 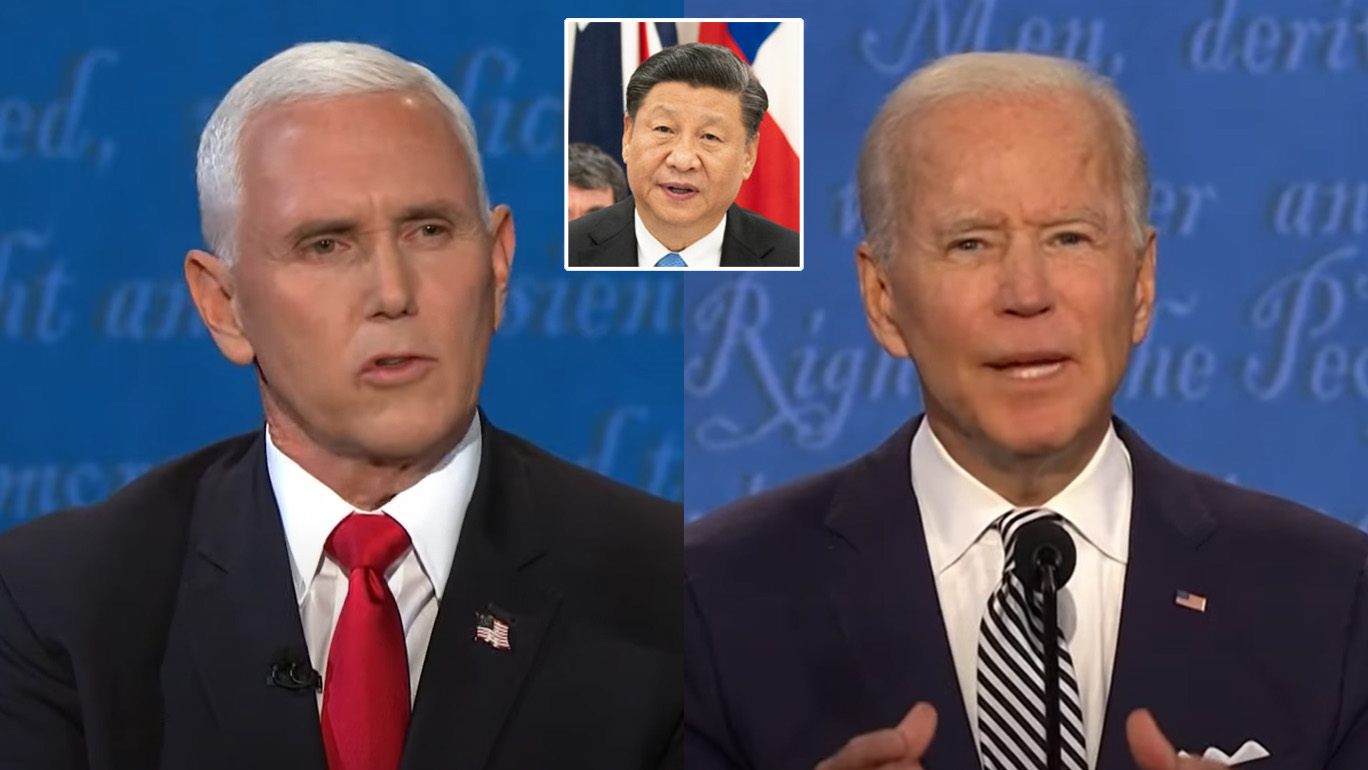 When the late Geraldine Ferraro took her place on a vice-presidential debate stage in 1984, the United States was only a few years removed from normalizing relations with the People’s Republic of China.

Nine presidential elections later, Sen. Kamala Harris became the only other woman to spar with a sitting vice president on Wednesday. And China is again a political wild card.

For President Donald Trump’s re-election campaign, which is running out of time to budge stubborn opinion polls, the Salt Lake City showdown was a chance for Vice President Mike Pence to project an image of strength and blamelessness.

Trump has antagonized China since his first days campaigning in 2015, finding that among likely Republican voters casting China as a foe is a tactic that works.

“We can’t continue to allow China to rape our country, and that’s what we’re doing,” Trump said during a May 2016 rally in Indiana, where Pence was governor.

That sentiment only grew more blustery after he assumed office, keeping his word and starting a tariff-based trade war with China that he said would “fix” decades old trading imbalances.

This strategy of tapping into anti-Chinese sentiment reached a new height this year as the world was gripped by a global pandemic which scientists believe started in Wuhan, China.

“China is to blame for coronavirus,” Pence said Wednesday. “President Trump is not happy about it. He’s made that clear. China and the World Health Organization did not play straight with the American people.”

He and Harris were protected from each other by 12 feet of the stage and a pair of Plexiglas shields.

The Trump administration has attacked China on many fronts, questioning whether China kept valuable data about Covid-19 from the WHO and whether China purposefully let the disease become a global pandemic.

In remarks delivered to the United Nations General Assembly via video on Sept. 22, Trump said “the Chinese government and the World Health Organization, which is virtually controlled by China, falsely declared that there was no evidence of human-to-human transmission.”

“Later, they falsely said people without symptoms would not spread the disease,” Trump said.

The president and his staff have called Covid-19 the “China Virus” in official briefings, and the president has used the widely criticized term “kung flu” at campaign events.

Pence on Wednesday attacked former Vice President Joe Biden’s record on China, both past and present, saying if Biden were in the Oval Office he would have been too soft on China.

“In the wake of Joe Biden’s cheerleading for China, President Trump made that decision before the end of January to suspend all travel from China,” Pence said, recalling the president’s first reaction to what already looked like a fearsome global health threat.

“The American people deserve to know Joe Biden opposed President Trump’s decision to suspend all travel from China. He said it was xenophobic. … but President Trump has stood up to China,” Pence said.

Harris disputed those claims, calling Trump’s reaction to China and the growing pandemic a caustic attempt to undo what the Obama administration had prudently done.

“The Trump administration’s perspective and approach to China has resulted in the loss of American lives, American jobs and America’s standing,” Harris said.

She said Trump had misjudged his ability to prevail in a trade war with China that “resulted in the loss of over 300,000 manufacturing jobs and a manufacturing recession, and the American consumer is paying thousands of dollars more for goods because of that failed war.”

“He lost that trade war. He lost it,” she said.

“Lost the trade war with China? Joe Biden never fought it,” he said. “Joe Biden has been a cheerleader for Communist China over the last several decades.”

Harris, while not directly defending Biden, distanced herself from China, citing a Pew Research study to support her claim that America’s reputation around the globe was faltering even before the pandemic.

“Leaders of all of our formerly allied countries have now decided that they hold in greater esteem and respect Xi Jinping, the head of the Chinese Communist Party, than they do Donald Trump, the President of the United States, the commander-in-chief of the United States,” Harris said.

“This is where we are today, because of a failure of leadership by this administration.”

Pence and Harris will not debate again but Trump and Biden have two more contests scheduled.

With Trump himself recovering from Covid-19 and Biden pledging to release the result of every coronavirus test he takes, it appears likely China will make more cameos in the campaign’s final weeks.