Woman Detained For Improper Mask Use Faces 9 Years In Prison

The police officers who manhandled her to the ground will face no consequences. 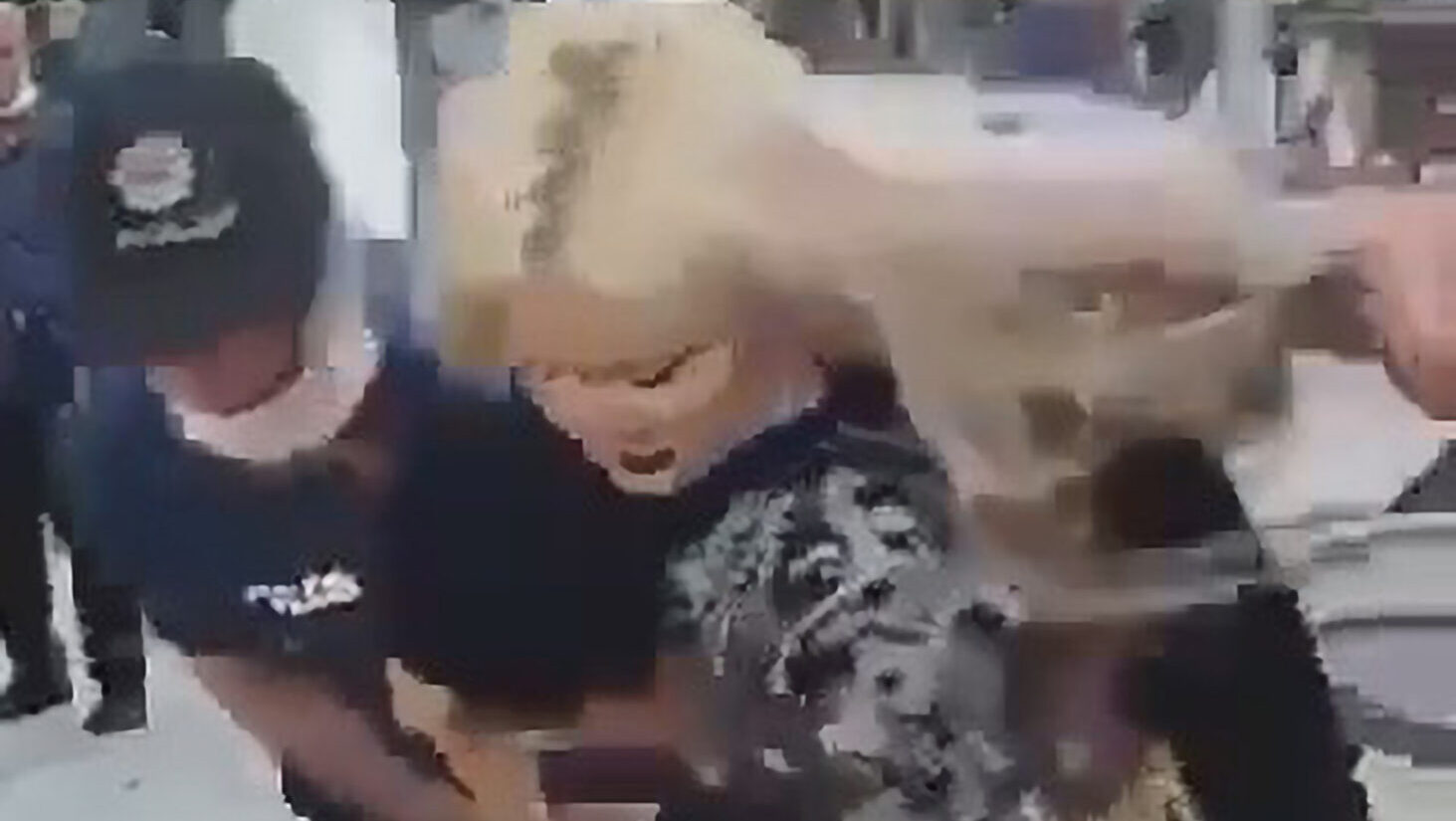 Two police officers holding Rana Bati who did not wear face masks on street in Istanbul, Turkey on August 19, 2020. (Newsflash)

A Turkish woman is facing a nine-year jail sentence after an altercation with police over her face mask usage during the coronavirus pandemic.

Rana Bati and her friend, identified only as Zeynep K., were confronted by two police officers because she was not wearing a face mask in the Kadikoy district of Istanbul on Aug. 19.

The friend filmed Bati, who objected to being fined for the offense, screaming as she was detained by the officers, who can be seen manhandling her to the ground while passersby urge them not to be so rough. At least one of the officers can be seen in the video not wearing his mask properly.

Following an investigation conducted by the Istanbul Anatolian Chief Public Prosecutor’s Office, the officers will not face any sanctions or punishment. Prosecutors declined to indict the officers for misconduct, excessive force, sexual assault or sexual harassment and deemed they acted appropriately and within the law.

Bati, however, was indicted for resisting arrest and insulting public officers, who said she swore at them and showed them her middle finger. For the crimes, prosecutors have requested she receive between two years and 15 days and nine years and four months in jail. Zeynep was also indicted for insulting public officials and now faces between one year and five months and four years and one month behind bars.

The court set to hear the case will decide whether to accept or reject the indictments within the next two weeks.

Turkey has reported nearly 330,000 cases of the coronavirus and more than 8,500 related deaths since the onset of the global pandemic.

The country temporarily surpassed Iran as the nation in the Middle East with the most confirmed cases in April and mandated the use of face masks — which the World Health Organization recommends using to mitigate the spread of COVID-19 — in all public spaces in September. Violators can expect to face administrative fines for failing to comply.

Public discourse in Turkey has also centered around police violence, particularly against women, in recent months. Female citizens have been protesting the country’s potential withdrawal from the Istanbul Convention, a European treaty on gender-based violence that addresses systemic violence against women and government’s role in circumstances that lead to femicide and domestic abuse.

Such protests during the health crisis have been met with police interventions, some of which included fights between officers and demonstrators.