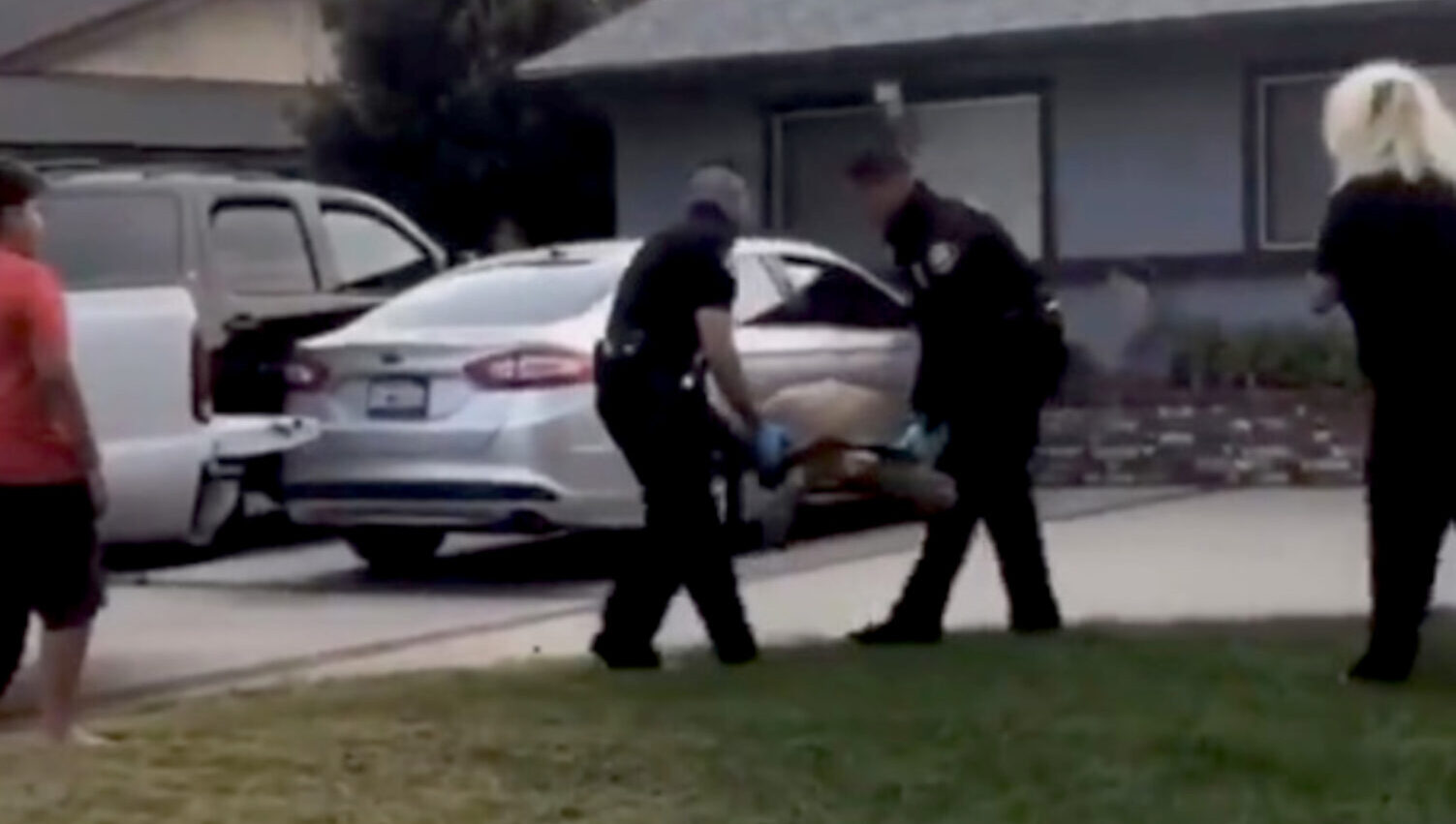 The police officers carry the tortoise to the vehicle in Pomona, Calif. in an undated photo. (@PomonaPD/Newsflash)

Sometimes, mischief-makers are of the four-legged reptilian variety.

It took two officers to put the tortoise, named Milo, into the back of a truck. The video shows the officers transporting Milo as an older woman looks on.

The cops carry Milo in a crab walk toward a pickup truck, as onlookers thank them. The locals’ gratitude turns into cheers as they return Milo to his owners

“This is Milo the tortoise,” the police department captioned the video. “Last night he escaped from his home, but fortunately, Officers Gomez & Dulong were in the neighborhood. With a little teamwork, they successfully reunited Milo with his family.”

However, they offered no further information on the animal, including what type of tortoise it was.

In the past several decades, massive sulcata tortoises have become a popular American pet. Such tortoises can grow to several feet in length and weigh several hundred pounds.