Experts and farmers blame the government for poor procurement policies, warn of a repeat of last year. 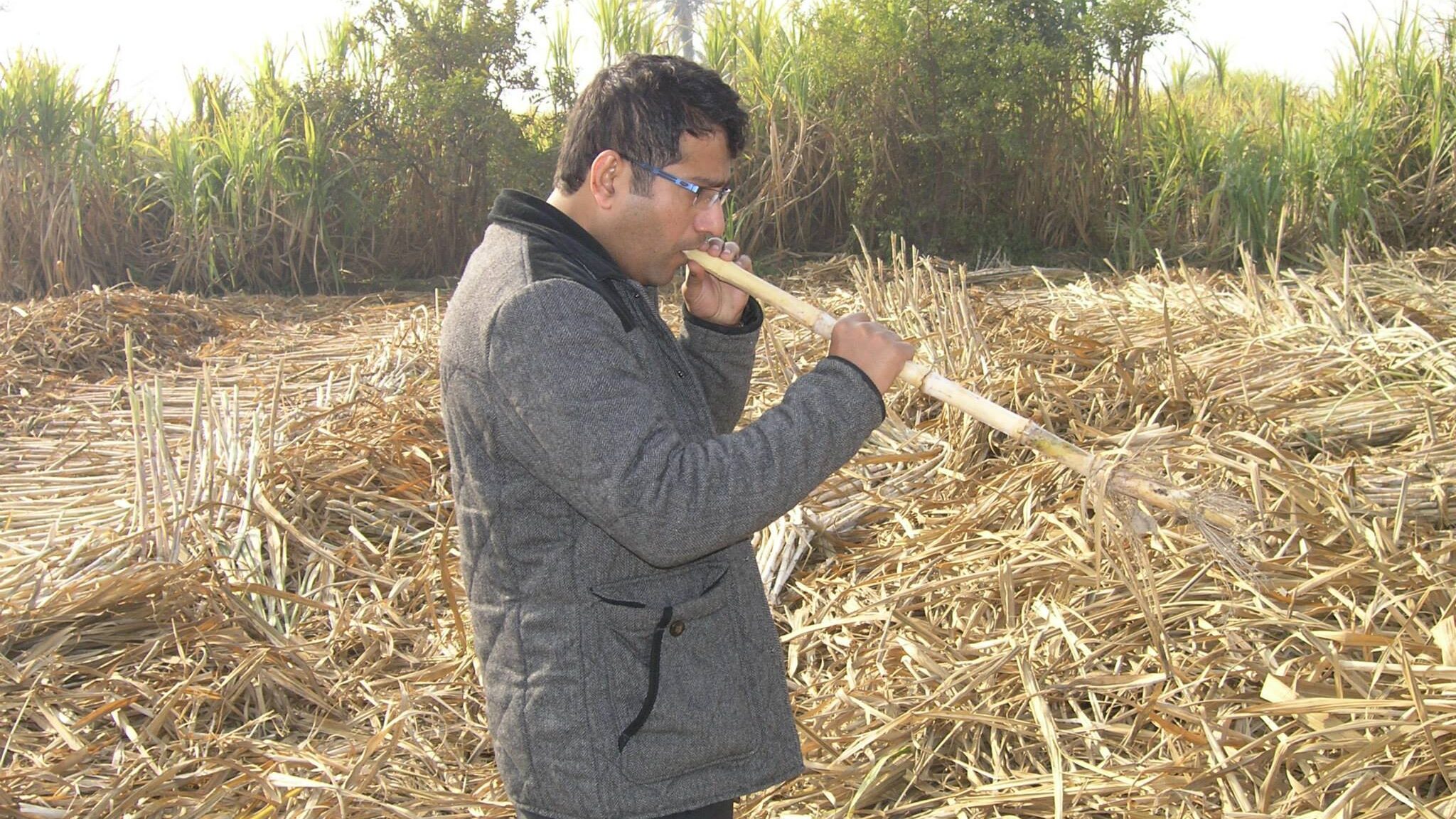 The sugarcane crushing season in Pakistan will begin from mid-November. (Courtesy: Raza Hamdani.)

To avoid the sugar and wheat crises as happened in Pakistan in 2019, Prime Minister Imran Khan has directed the relevant departments to ensure abundant availability of those commodities.

Following a meeting to review wheat and sugar stocks, their availability, demand and supply, imports to meet future requirements, and the prices of essential commodities, Khan told the authorities to go after those involved in hoarding.

He ordered provincial governments to increase the supply of wheat to ensure its sufficient availability in the market. The prime minister also asked for a detailed schedule of wheat imports.

Farmers organizations fear there will be a repeat of what happened last year.

Haseeb Anwar, spokesman for the Pakistan Kissan Ittehad, which represents small farmers, said farmers and consumers should be ready to get fleeced once again.

“This government has either no policy or it does not follow its own policy,” Haseeb said. “The country will once again witness a replay of last year because there is no policy on wheat and sugar.”

The flour crisis in Pakistan became acute in the second half of 2019. Prices rose when the government allowed the export of wheat, despite a ban imposed in July 2019. As wheat stocks plunged, major cities, including Lahore, Karachi and Hyderabad, were affected.

Two reports released in 2019 on the orders of Prime Minister Khan exposed a scam that involved top officials of the ruling party, Pakistan Tehreek-e-Insaaf (PTI), and the leaders of its allied parties. In April this year, Khan said he would take strict action against those involved in the scam.

Haseeb said that despite the reports, the government has failed to take action.

“Even today, wheat is being sold at almost double the price fixed by the government. Sugar is also being sold at a higher price. The government should tell the nation what actions were taken against those who were found responsible for last year’s shortages. Unless strict action is not taken, things will remain the same.”

The report on the sugar crisis said the export of sugar was not justified since sugarcane production was expected to be low. As a result of sugar exports in January 2019, the price increased sharply. The report also said that exporters benefited first from government subsidies and then from the profit they made from the increased price.

The second report on the wheat crisis pointed out the poor procurement efforts.

“At the outset, the committee noticed the public procurement of wheat fell short by a whopping 2.5 million tons, 35 percent less than the target,” the report said.

PTI member of parliament Talat Naqvi said last year that the sugar and wheat crises were due to the mafias getting together and putting pressure on the government.

“For this reason, the government made the reports on the two crises public to let the nation know about the real reasons behind the crises,” she said. “But this year, the government has already announced a strict crackdown against all the hoarders. A repeat of last year would not be allowed.”

However, she said prices might increase a bit owing to the recent, unprecedented rains, the pandemic and the effects of climate change.

Ibrahim Mughal, an agriculture expert, said the government has failed once again to procure enough wheat to keep prices in check.

“It is not rocket science to know how much wheat or sugar is consumed annually by our population and how much stock is to be kept to not create a shortage and hence an increase in prices.”

He said a person in Pakistan, on average, consumes 124 kg of wheat or flour annually and about 20 kg of sugar. He accused government officials of inefficiency and the government of not holding civil servants accountable.

“How difficult is it with such available statistics to plan and make certain the availability of wheat or sugar, or rice for that matter?” Ibrahim said.