How Did the Bat Cross the Train Tracks? Germany Built a $1.8 Million Bridge

The construction is expected to protect endangered species and the environment. 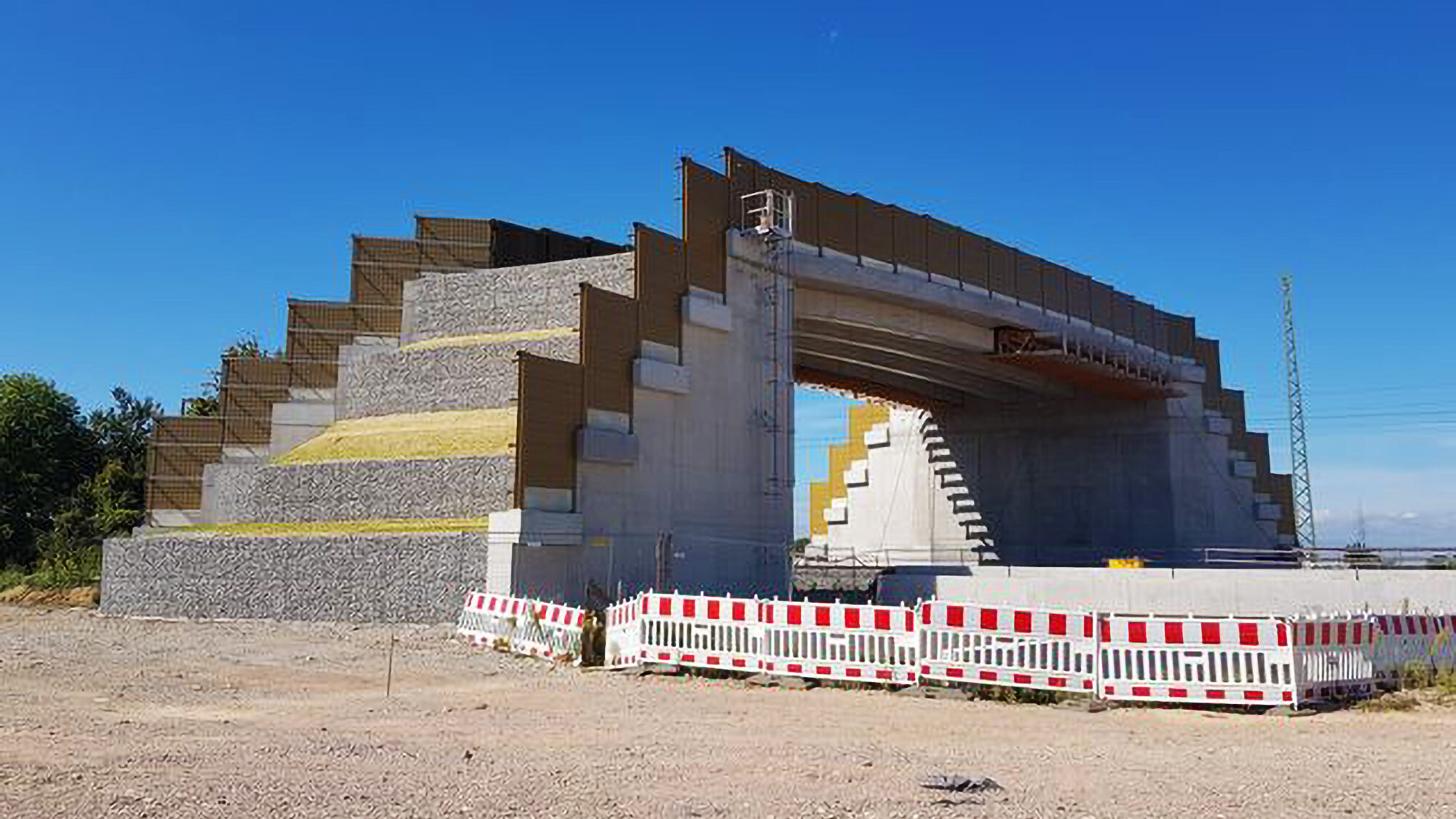 Deutsche Bahn's new bat bridge which helps bats orientate themselves in the terrain and find the right way to their homes, on the Rhine Valley route near Mullheim, Germany in an undated photograph. (Michael Bressmer/RealPress)

The bat bridge sits near Muellheim on the new Karlsruhe-Basel line along the Rhine Valley, in southern Germany.

At 8 meters (26 feet) high, 11 meters (36 feet) wide and 31 meters (101 feet) long, the unusual bridge has a singular design. It has been built to look like a big hedge with specially designed echolocation-friendly features.

Gabions lining the sides of the bridge will grow hedges along the 2.5-meter (8.2 feet) high walls to funnel the bats, as well as a specially designed base planted with grasses to encourage insects on its open floor space.

The bat bridge is off limits to humans. It was created to protect bats traveling between the foothills of the Black Forest, where they sleep, and the Rhine plains, where they hunt.

The local bats use echolocation while flying in the dark, described by researchers as “a bat motorway,” one of which runs along a small brook near the newly expanded rail line, known as the Huegelheimer Runs.

“If the gap between the guide elements is more than 40 meters (131 feet) apart the bats get lost,” Deutsche Bahn spokesman Michael Bressmer said. “The bats used to cross under the tracks by flying through the old subway, but this path is now twice as long (due to rail expansion) so we needed to find a solution for them.”

Engineers and scientists removed old guiding elements to divert the “bat motorway” to the new bridge and create a shorter route to the hunting grounds. They hope the bridge will be seen by the bats’ sonar as linear features and will funnel them safely over the tracks.

Experts estimate that each local bat colony contains up to 800 animals.

Recognizing the plight of animals, 28 European nations have created Natura 2000, a network of nature protection areas in the European Union.

Many countries worldwide participate in efforts to protect the long-term survival of at-risk species, which include the amur leopard, Malaya tiger, and the black-footed ferret, among others, according to the International Union for the Conservation of Nature.

In the U.S., the Endangered Species Act, signed into law in 1973 by President Richard Nixon, is one of the most effective. Among its success stories is saving the bald eagle and the Florida manatee.