New York has struggled to contain a recent increase in anti-Semitic incidents throughout the state.
By Uran Dulatahi October 6, 2020
Facebook
Twitter
Linkedin
Email 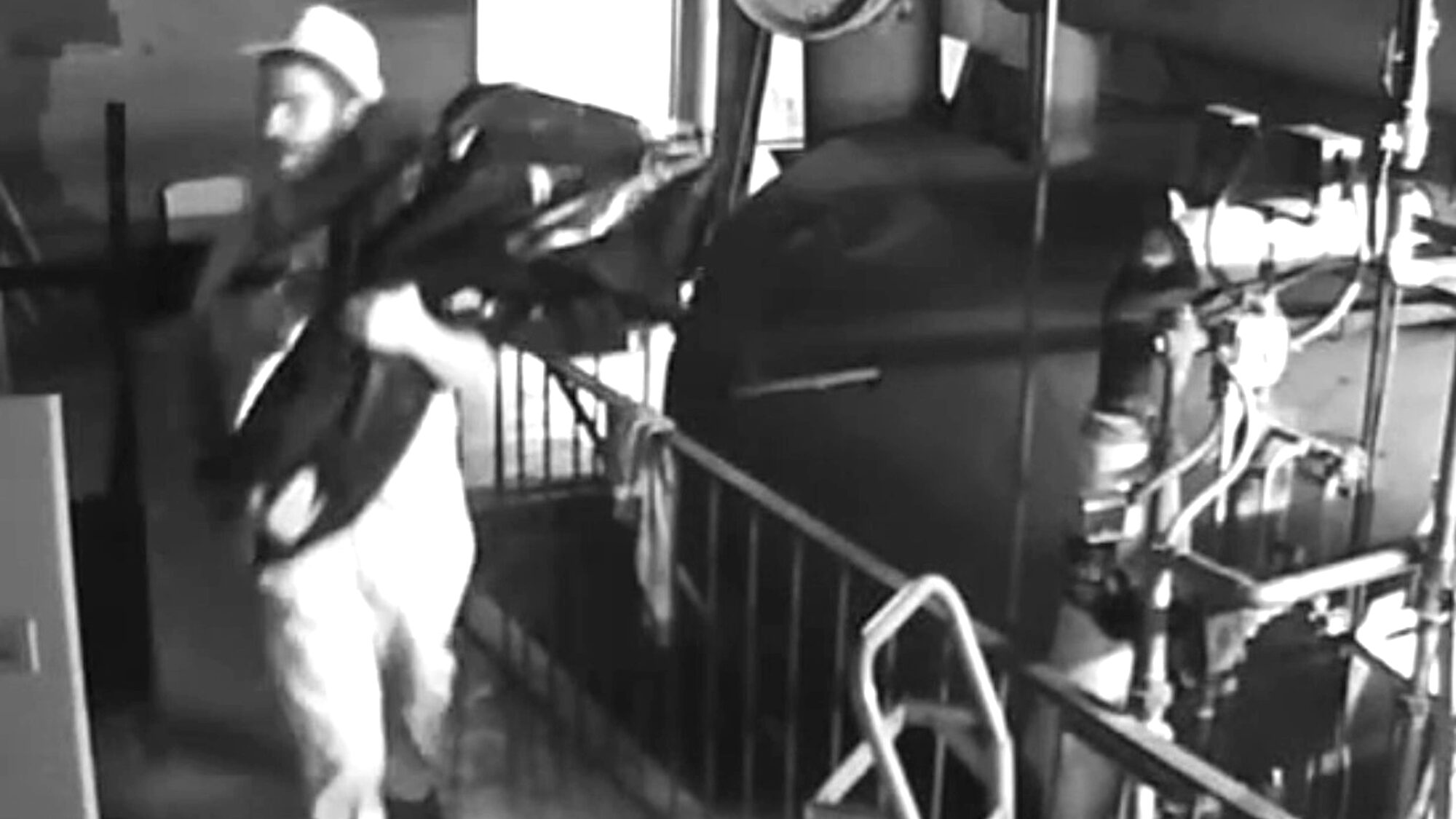 The thief exits the Synagogue with the scrolls in Yonkers, N.Y. in an undated photograph. (Clipzilla)

Police are investigating after a large Torah scroll and other religious items were stolen from a Jewish synagogue in New York.

The burglary occurred Sept. 25 at the Lincoln Park Jewish Center in the city of Yonkers. Surveillance footage of the incident, which was taken from both inside and outside the synagogue, was released on Monday and shows a suspect entering the building and then leaving with several large objects after changing clothes.

“The Yonkers Police Department is endeavoring to identify the suspect and return the Torah to its rightful place,” police said.

Torah scrolls are handwritten copies of the Torah, which includes the five books of Moses, the first books of the Hebrew Bible. The scrolls are produced under strict standards and are used in Torah reading during Jewish prayers.

When not being read, the Torah needs to be housed in the Torah ark. Jewish law states that the ark is the second holiest part of a synagogue behind the Torah scrolls. In this case, the stolen scroll was being kept behind an ornate, curtained-off cabinet in a section of the building that faces Jerusalem, the direction in which Jews traditionally pray.

Earlier this year, 18 Jewish community centers around the country were targeted in a wave of threatening emails that mentioned a bomb. Among those that received a threat was New York’s Albany Jewish Community Center, which was closed and evacuated while authorities searched the building but found nothing amiss.

New York has additionally struggled to contain a recent increase in anti-Semitic incidents throughout the state, including a machete attack during Hanukkah that killed one Orthodox Jew and wounded four others last year. The state experienced 430 of the more than 2,100 instances of anti-Semitic attacks, vandalism and harassment that occurred in the United States in 2019, according to the Anti-Defamation League.

While police have not yet identified the suspect behind the Lincoln Park Jewish Center robbery, they believe the thief is a local resident. Officers have asked those who may have information on the culprit or the location of the Torah scroll to contact Yonkers Police detectives at (914) 377-7724.