One treatment that Trump has touted in the past—hydroxychloroquine—is not listed among the medications he has taken for Covid-19. 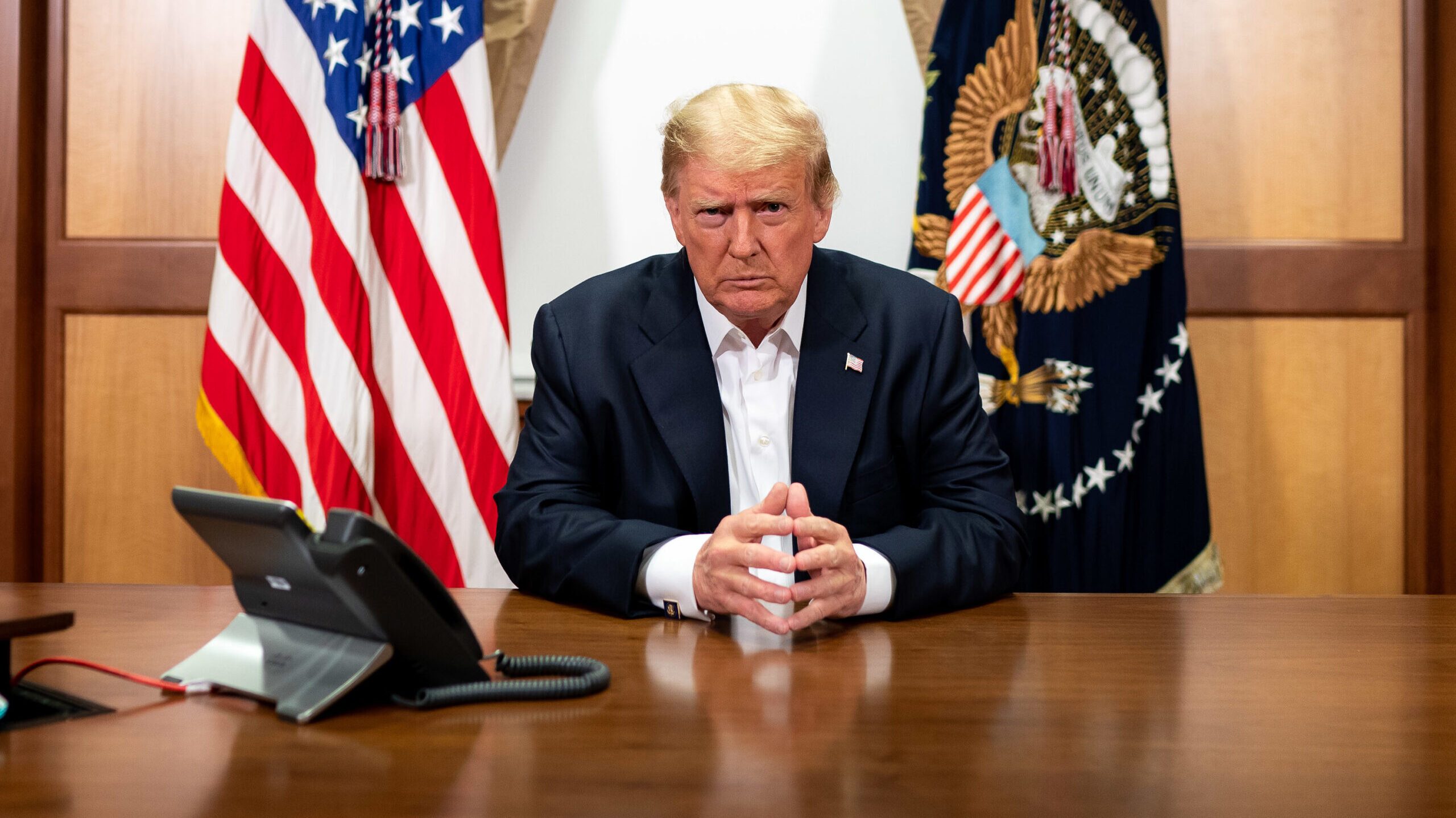 President Donald Trump is back where he wants to be—the White House—even as the growing number of staffers and reporters who have tested positive for the coronavirus threatened to turn the executive mansion into an 18-acre petri dish.

Even before Trump emerged from Marine One after it touched down on the South Lawn Monday night, press secretary Kayleigh McEnany had announced that she had contracted the virus and would self-isolate. Two of her aides, Chad Gilmartin and Karoline Leavitt, also tested positive. By Tuesday night Stephen Miller, senior adviser to the president, was in the same boat.

They’re the latest in a string of people close to the president who have been stricken, among them campaign manager Bill Stepien, longtime aide Hope Hicks, former advisor Kellyanne Conway and Director of Oval Office operations Nick Luna.

Also clobbered by Covid-19: at least three journalists, according to the White House Correspondents Association.

In the meantime, the second-highest ranking officer in the Coast Guard—Vice Commandant and Admiral Charles Ray—announced Tuesday that he has tested positive for the virus, just over a week after attending a White House event with other military leaders. Ray is the most senior military official known to have tested positive for Covid-19.

Former New Jersey Governor Chris Christie is positive. He was concerned enough to check himself into a Garden State hospital Saturday. Christie, who had helped Trump prep for last week’s debate with Democratic rival Joe Biden, seems unlikely to reprise that role.

Christie told reporters he was scared, and understood that he has not one but two pre-existing conditions: He is considered obese and also has a history of asthma. Christie also bragged that he got a get-well call from Jordan’s King Hussein.

Trump is regarded as clinically obese himself despite his height and his broad shoulders, which, combined with his age—74—puts him squarely in the danger zone for Covid-19 patients. Yet he has continued to downplay the virus, urging Americans not to fear a disease that has killed more than 210,000 of their countrymen, ravaged the U.S. economy and now threatens to derail the president’s increasingly tenuous re-election bid.

Left unanswered as Trump returned to the White House was the question of just how the president,who wasted no time in removing his mask after arriving, intended to live and work, who he would interact with and how—or whether—he would resume his campaign.

With 28 days until election day, a cascade of polling data showed Trump falling further behind Biden both nationally and in most key swing states that will determine the race. Trump has said he wants to participate in the next debate with the former vice president, scheduled for Oct. 15 in Miami, and that he hopes to resume the trademark rallies he typically holds in airplane hangars and sports arenas.

The Centers for Disease Control and Prevention says seriously ill coronavirus patients may need to remain in quarantine for up to 20 days. Trump checked himself out of the hospital and likely doesn’t see himself this way—a self-diagnosis that some medical experts say could lead to trouble.

It’s unclear whether the president is showing any side effects from some of the medications he was prescribed during his hospital stay.

We now know he’s on a medication (dexamethasone) that causes confusion or altered thinking at times,” says Dr. Bob Wachter, chair of the Department of Medicine at the University of California at San Francisco. White House physician Sean Conley insisted Monday that Trump’s tweets can be taken as a sign that he’s not impaired.

One treatment that Trump has touted in the past—hydroxychloroquine—was not listed among the medications he has taken since falling ill.

Trump famously bragged in May that he was on the anti-malaria drug and claimed it could be a “game changer” Covid-19 treatment. Both the Food and Drug Administration and the American Medical Association have warned against its use.

Conley said he and other doctors met with the president in his private quarters Tuesday morning, and claimed in a written statement that Trump “had a restful night” and “reports no symptoms.” The medical report issued by the White House notes that Trump gave permission for the release of all the information about his condition.

We must be reassured that he’ll have an independent (and not by Dr. Conley; sorry, but he’s done nothing to earn our trust in the past two days) [judgment] of fitness for duty, carried out at least daily for (the) next several days. Congress/Cabinet should insist on it… and do so stat.”