Thanks to Frodo, the stolen items are nearly recovered and the suspects will face justice. 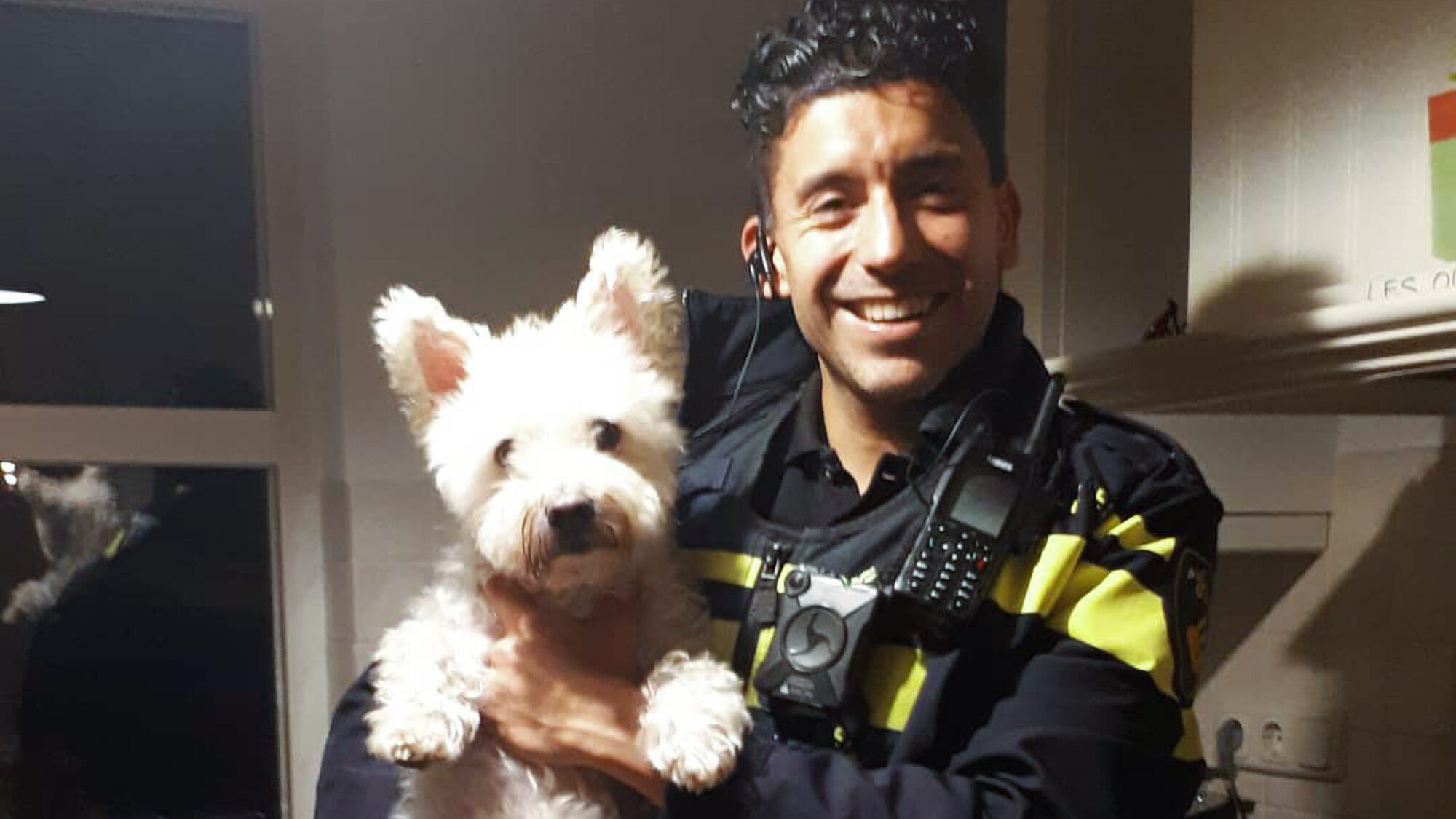 A police officer poses with Frodo the dog that notified owner of burglars in her home in an undated photograph. (politie_tweelingstad/Newsflash)

Dutch police are hailing a dog whose actions led to the arrest of three burglars as a hero.

Authorities in Harderwijk, Netherlands, shared details about the incident on social media over the weekend, along with a photo of an officer holding Frodo, the West Highland White Terrier who helped them catch three men suspected of stealing his owner’s purse.

“Not only in the movie @lordoftherings_official, little Frodo was brave, but also in real life,” the local police department said on Instagram.

The dog’s owner was asleep in her home on the night of the robbery but was woken by Frodo’s growls. Since this wasn’t normal behavior for the canine, she decided to check downstairs.

“She soon found that someone had been in her house and stolen her bag,” police said. “That bag contained, among other things, bank cards, car keys, but more importantly, belongings of loved ones who had died.”

The burglary victim immediately contacted law enforcement, which then quickly closed in on three suspects in the area.

“There were enough facts and circumstances against all three for them to be considered suspects, and they were therefore arrested. Almost all the stolen items have been found,” police said. “All thanks to that little alert [from] Frodo.”

The suspects will soon appear before the public ministry, which will decide their fate, the department added.

Frodo Baggins, a major character in J.R.R. Tolkein’s Lord of the Rings fantasy series played by Elijah Wood in the 2001 movie adaptation, is a hobbit. In the series, hobbits are human-like, but short. West Highland White Terriers, commonly referred to as Westies, are known to be alert and active, according to the American Kennel Club, and tend to be 10-11 inches tall. The dogs were traditionally bred to hunt rats and other rodents and are “surprisingly strong and tough.” The breed is also considered to be extremely intelligent and faithful to their owners.

While the Netherlands experienced a drop in home break-ins during the country’s coronavirus lockdown period, burglaries appear to be returning to pre-pandemic levels. From March to June, the nation saw a 37% decrease in burglaries compared to the same time period last year. However, 510 burglaries were committed in early July alone, which is not far from the number recorded during that time in 2019.