Sea Otter’s Power Lunch Is Great For The Ecosystem 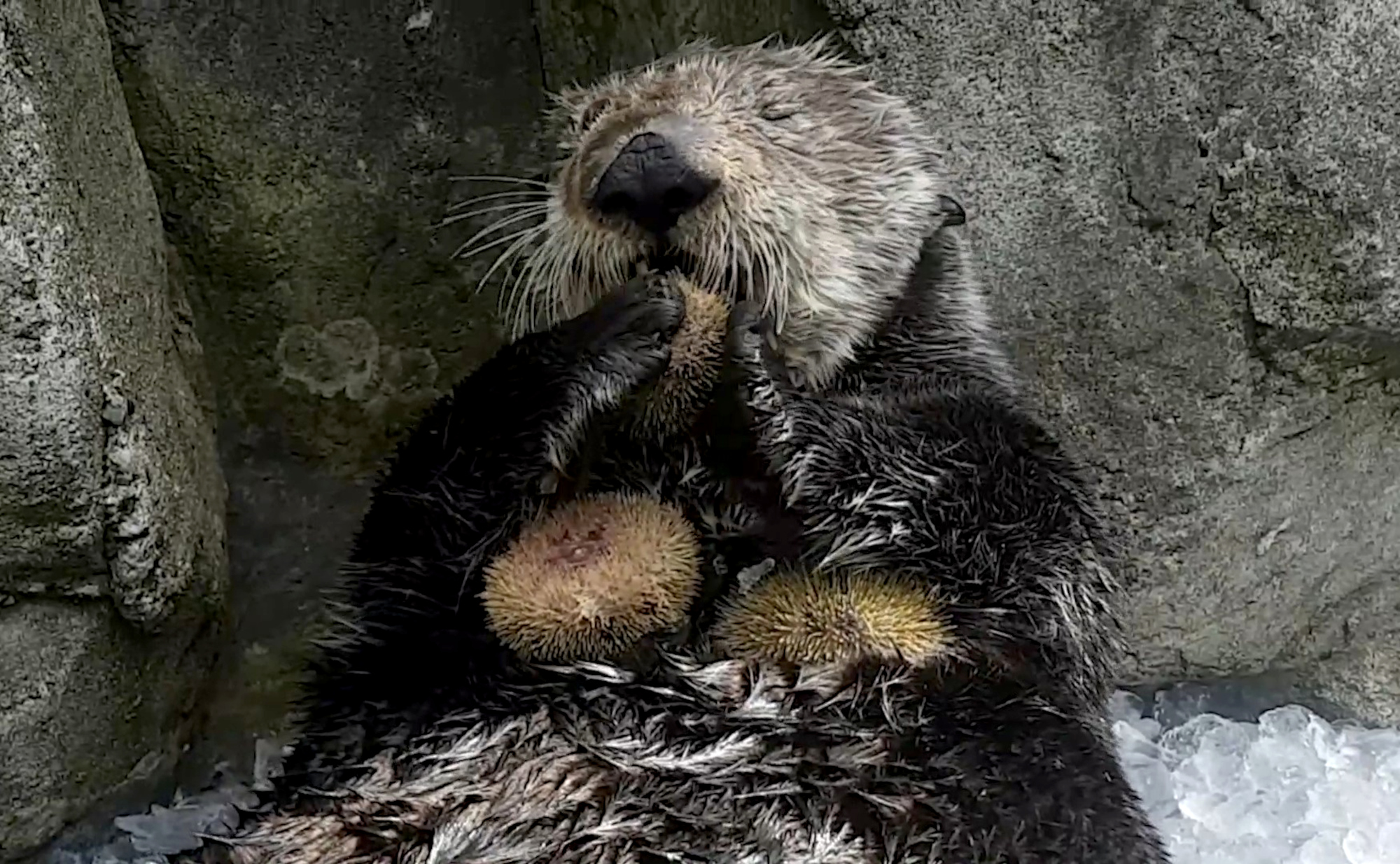 Talk about a balanced diet: When this otter chows down on sea urchins, she is also helping to protect kelp forests that are crucial to maintaining other forms of marine life.

The sea otter, named Katmai, was filmed stuffing her face at Vancouver Aquarium on Sept. 26.

Unlike other marine mammals, sea otters lack an insulating layer of blubber, relying on their fur and higher metabolism to keep warm.

But here’s the catch: They have to eat more than one-quarter of their body weight every day.

Eight-year-old Katmai was rescued, according to Vancouver Aquarium web content manager Meighan Makarchuk. Since Katmai’s arrival at the aquarium, sea urchins have become one of her favorite foods, Makarchuk said, adding it is beneficial for the environment.

“Sea otters are a keystone species, meaning their role in their environment has a greater effect than other species,” Makarchuk said. “As predators, sea otters are critical to maintaining the balance of the near-shore kelp ecosystems. Without sea otters, the sea urchins they prey on would devour the kelp forests off the coast that provide cover and food for many other marine animals.”