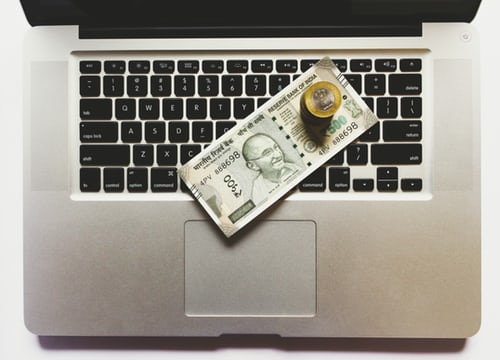 Rising bad debts and lack of clear policy has made the future uncertain for Indian banks (Courtesy: rupixen.com/Unsplash.)

Mounting nonperforming assets and a slowdown in credit demand are contributing to a major slump in India’s banking sector that analysts say is not likely to improve anytime soon.

Further, uncertainty over the banking sector intensified last week when the Reserve Bank of India, the central bank, abruptly rescheduled its Monetary Policy Committee meeting, scheduled for Sept. 29-Oct. 1.  A new date has not been set.

The government postponed the meeting as it had not reached a decision on the appointment of external members before the deadline.

“The MPC meeting is pre-fixed. Ideally, the names of the new members should have been announced,” said Devendra Kumar Pant, chief economist with India Ratings and Research, known as Ind-Ra. “One can see this delay from different perspectives. It is the government’s responsibility to put in place the administrative framework for the MPC. Whatever is the reason for the delay, it sends a mixed or wrong signal.”

The central bank is tasked with expanding credit demand while keeping inflation, particularly in the food sector, in check.

The sector is already reeling from the pressure of a contraction in the economy.

The Indian economy has been hit hard by the pandemic. GDP growth fell 23.9 percent in April-June 2020 year-on-year, data from the National Statistical Office shows. This is the first time in 40 years that India’s economy — the third largest in Asia and fifth largest in the world — has seen negative growth.

Central bank governor Shaktikanta Das said in a speech in August, “While there are green shoots and some businesses are getting back to pre-pandemic levels, the uncertainty over the length and intensity of the pandemic and its impact on the economy continue to cause concern.

“Going ahead, financial institutions in India have to walk a tightrope of nurturing the recovery within the overarching objective of preserving long-term stability of the financial system.”

A revival to 2019 levels in the banking sectors, not only in India, but also in Mexico, and South Africa, is not likely to happen until sometime after 2023, according to a report by S&P Global Ratings, an American credit rating agency.

“Recovery of banking jurisdictions to pre-COVID-19 levels will be slow, uncertain, and highly variable across sectors and geographies,” states the report, which highlights issues in other prominent banking systems across the globe.

“We have taken negative rating actions on Indian banks and NBFIs (non-banking financial institutions) as their operating conditions have deteriorated through the crisis. The country entered the pandemic with an overhang of high NPAs,” the report states.

NPAs are loans or advances that are in default or arrears. A loan is in arrears when the principal or interest payments are late or missed. Default is when the lender considers the loan agreement to be broken and the debtor is unable to meet his obligations.

Ind-Ra in September revised its outlook on public sector banks from stable to negative for the second half of 2020-2021. (fiscal year 2021)

“This is because of an expected spike in stressed assets, higher credit costs, weaker earnings on account of interest reversals and lower fee income, and muted growth prospects due to the ongoing conditions,” its report states. “Most banks are likely to report net losses. They may also need to continue to build up their provision cover in FY22 for the restructured assets as some of them might turn into NPAs in FY23.”

India’s consumer inflation stood at 6.69 percent in August, above the central bank’s target of 6 percent. Food inflation rose to 8.29 percent.

“To meet the inflation target of 6 percent in September, it has to be below 4.5 percent. This doesn’t look likely,” said Pant. “We believe the RBI will not ease the rates, as it has already front loaded it. However, in the third quarter of the current financial year, inflation is likely to decrease as most of the supply-side problems would have been sorted.”

Given current conditions, banks are bracing for tough times ahead.

“There is not much credit demand at the moment. It is a challenging year for the banks,” said A. K. Goel, managing director and chief executive officer of government-owned UCO Bank.

The central bank had granted a three-month moratorium on all outstanding loans in March to account for an anticipated rise in delinquencies. It was later extended to Aug. 31. During the period, however, borrowers with loans over INR 2 crore (about $3 million) were required to pay additional interest, adding to their repayment burden.

After Aug. 31, the central bank allowed a one-time restructuring of the loans as businesses were hit hard and many borrowers were still unable to repay loans. Uncertainty surrounds debt repayment after restructuring.

Further, the government recently said it would waive compound interest during the period on loans up to INR 2 crore (about $3 million). If all loans were treated similarly, the loss would be INR 6 trillion (about $82 billion), the government said.

“The interest waiver for the smaller borrowers is beneficial for both the lenders and borrowers,” said Karthik Srinivasan, senior vice-president, financial sector ratings, at CRA. “However, the stress in the sector is likely to remain and the NPAs are likely to go up. This is because there is no material growth in the sector.”

Finance Minister Nirmala Sitharaman announced an INR 21 trillion ($285 billion) economic package in May. She said it would be equivalent to 10 percent of the country’s GDP. The actual fiscal cost worked out to about 1 percent of GDP.