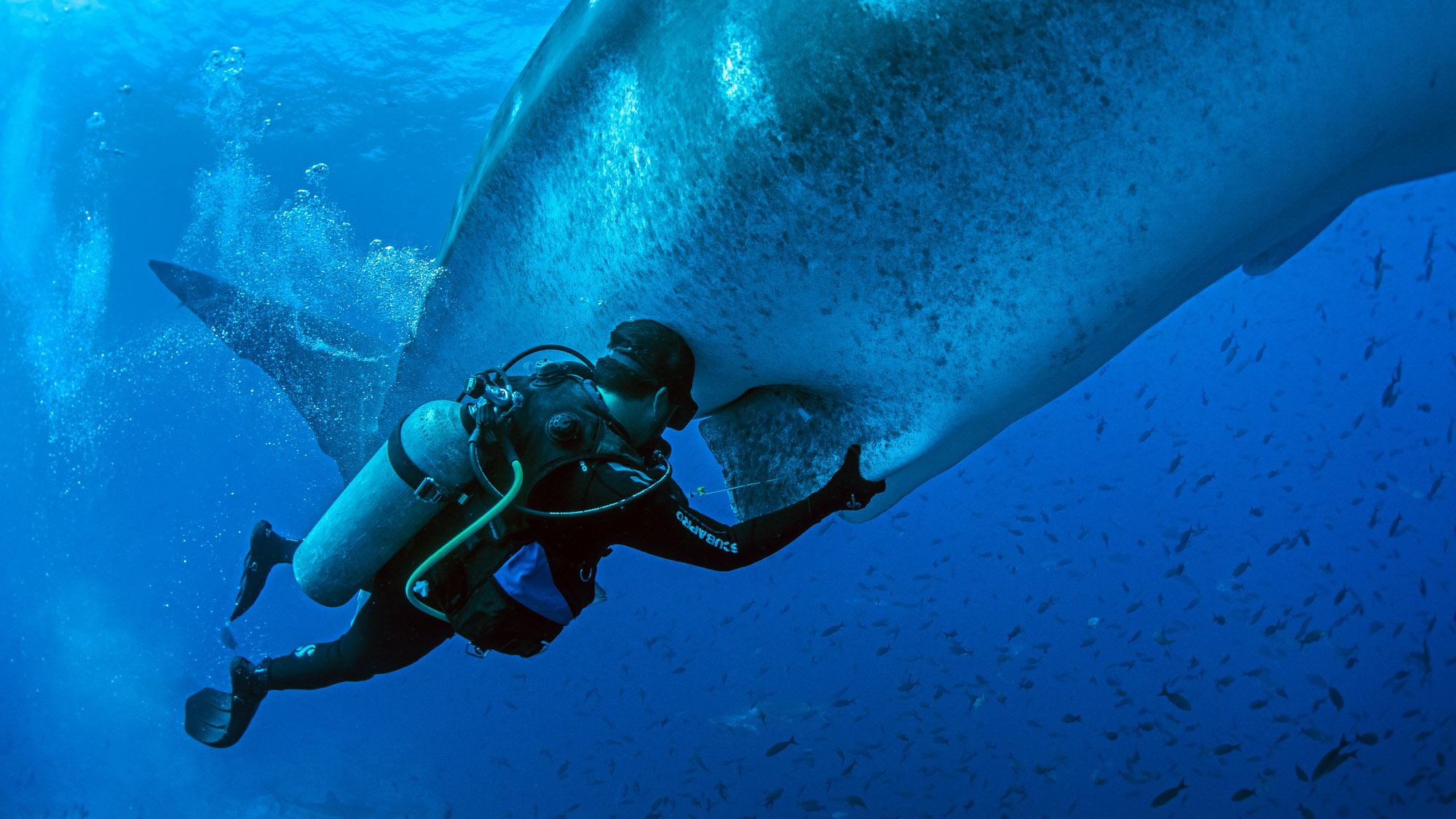 A huge whale shark named Coco just made history by providing the first confirmation of the species’ migration between two protected areas.

The nearly 40-foot-long fish swam an estimated 870 miles from the Galapagos Marine Reserve to Cocos Island National Park, Costa Rica, between Aug. 14 and Sept. 5 with researchers from the Galapagos Whale Shark Project, which works to preserve the threatened animal’s migratory routes in the South Pacific, in tow.

The organization had tagged Coco’s dorsal fin with a transmitter that allowed the team, which includes researchers from the United Kingdom, New Zealand, Australia, Japan, Galapagos and Ecuador, to follow its every movement and document its route across the ocean. The group later shared photographs and footage of the gentle giant’s trek, noting it marked the first time whale shark migration was tracked between the two locations.

The data collected during the big fish’s journey will help provide the documentation needed for an application to turn the corridor between the Galapagos Islands and Costa Rica into a protected swimway for sharks and whales. It’s a move scientists say is necessary for the whale shark to survive as a species.

In addition, at least four other endangered marine species have been found to travel along the proposed swimway, including leatherback turtles, green turtles, silky sharks and scalloped hammerhead sharks.

“The Cocos-Galapagos Swimway is a vital artery in the network of biodiversity hotspots that we are fortunate enough to share here in the Eastern Pacific,” said Dr. Alex Hearn, founder of MigraMar and professor at the University of San Francisco in Quito, Ecuador. “Having worked in both Galapagos and Cocos for years, one becomes acutely aware of the marine biodiversity that they share, and how fragile both reserves are.”

The migration highway was declared a “Hope Spot” in May, meaning it was scientifically identified as critical to the health of the ocean, an important step to becoming a safe sea corridor.

Few areas in international water are currently protected. Less than 8% of the Earth’s oceans are protected marine areas, which means wildlife is threatened by human activity and pollution in the remaining 92%.

The whale shark is the largest fish to ever live, even bigger than the now-extinct megalodon — but it is harmless to humans. The animals are filter feeders that scoop up plankton and small fish as they swim with their mouths agape.

Whale sharks, which have neared extinction in the past few decades, can reach up to 60 feet in length and weigh as much as 22 tons (44,000 pounds). Despite their impressive size, they are difficult to monitor. It is virtually impossible to estimate how many are left because they tend to wander great distances alone.

Coco was one of 10 whale sharks tagged and monitored by the project this year.