Valentina Pitzalis survived a fire that her ex-husband, Manuel Piredda, started in order to kill them both. 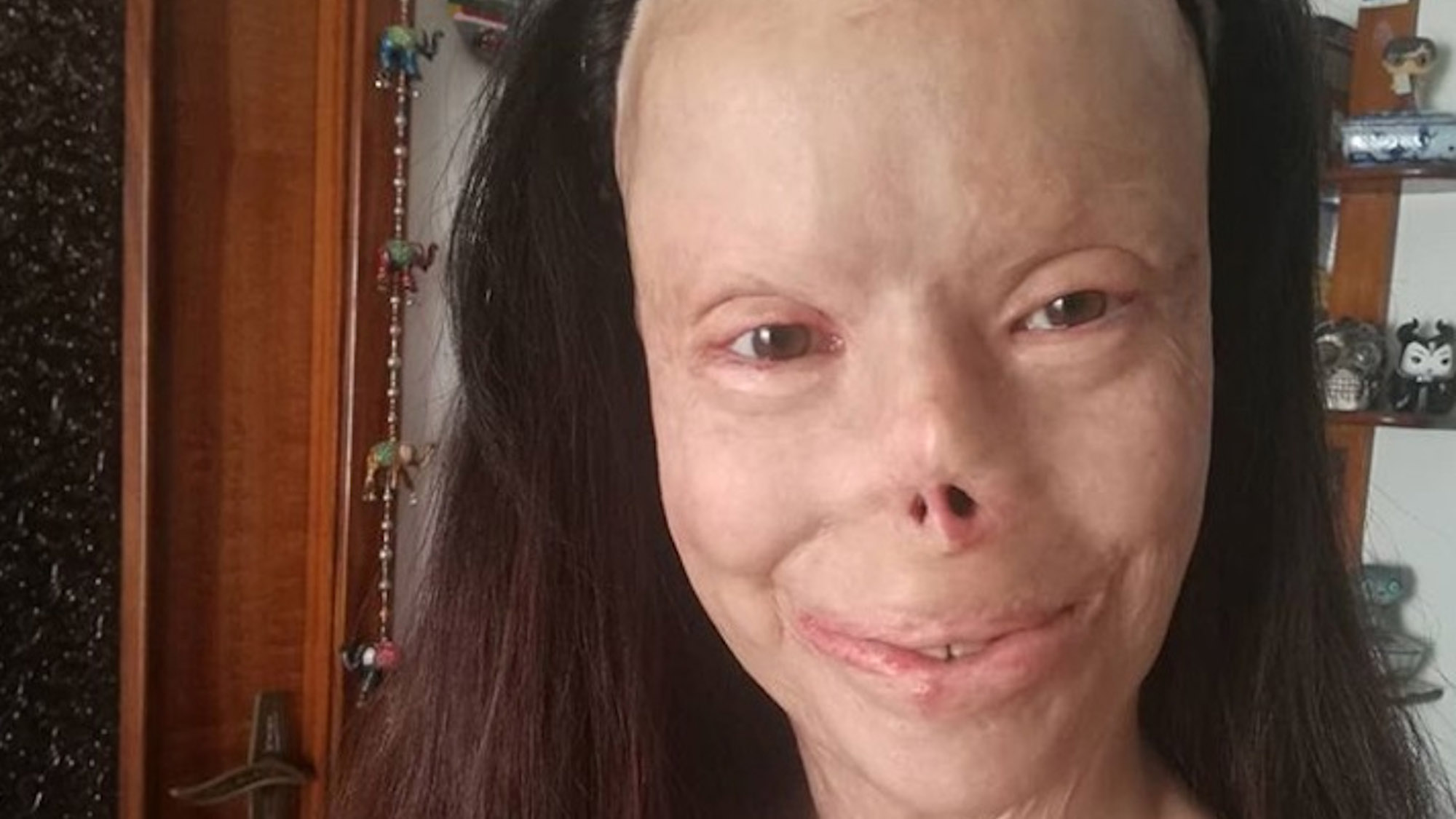 Valentina Pitzalis, found innocent on the death of her ex-husband Manuel Piredda, who allegedly started the fire responsible for her injury and his death. (@valentinapitzalisreal/Newsflash)

A burn survivor who was horribly disfigured after her husband tried to set her on fire has finally been cleared of responsibility for his death.

Murder charges against Valentina Pitzalis, 37, were dismissed after a nine-year ordeal on Oct. 1.

Pitzalis wept as she told her supporters it was “the end of a nightmare” in a video posted on social media.

The woman survived a fire that was started by her ex-husband, Manuel Piredda, 27 at the time of his death. He attempted to kill them both by setting them ablaze in their home in the village of Bacu Abis, South Sardinia, Italy in 2011.

The victim managed to escape the flames, but was severely injured and scarred for life with burn marks all over her body. She lost both hands, her nose and lips. Several surgeries were needed to save her life, but her ordeal did not end there.

A murder investigation was launched in 2017 at the behest of Piredda’s family, who demanded to know the cause of their son’s death.

Lawyers Cataldo Intrieri and Adriana Onorato defended Pitzalis for three years, during which Piredda’s mother made several defamatory public accusations against her former daughter-in-law. Piredda’s mother, Roberta Mamusa, accused Pitzalis of shooting her son, which was debunked when the body was exhumed and no bullet wounds were found.

Mamusa was also convicted of defamation for a series of messages she published on Facebook during the investigation and was fined EUR 800 ($937). She is believed to have tried to take her own life by ingesting drugs after hearing of the dismissal of all charges against Valentina. Mamusa was hospitalized in critical condition.

“It continued for too many years.  I am so happy that I am crying, and I wanted to share this moment with all of you. It is finally over,” Pitzalis said after the decision.Almost one in three women in Italy have disclosed physical and/or sexual violence. The percentage of women aged 16-70 who are victims of some form of violence is 31% (20% physical violence and 21% sexual), according to the 2015 Italian National Institute of Statistics report.