A white male police officer in Aurora, California is off the force after leaving a young black female suspect hogtied and face-down on the back-seat floor of his police cruiser for 20 minutes.

The college student was left screaming and begging for her life as she was driven to the station, crying, “I can’t breathe” and “I’m going to die” with her head trapped in the space provided for passengers’ feet.

The arrest footage, from a body camera, shows Huffine berating the unnamed woman during the arrest, after tasing her. He shouts at her and accuses her of “causing issues with everybody.” Huffine also threatens her with jail for fighting in public, before throwing her in the back of his car.

“Oh my gosh, she’s trying to throw out every card,” another officer says when the woman asks if she was being mistreated because she’s gay.

In the video, Huffine accuses her of trying to escape and hogties her after finding nothing but books in her backpack. When he spies her trying to open the car doors, despite being cuffed behind her back, he drags her out and “hobbles her.” 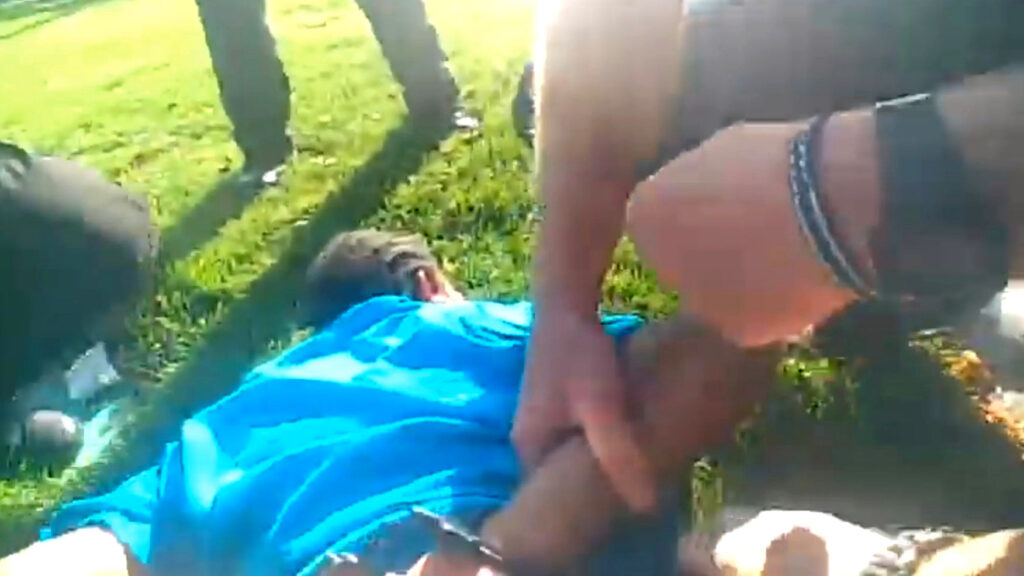 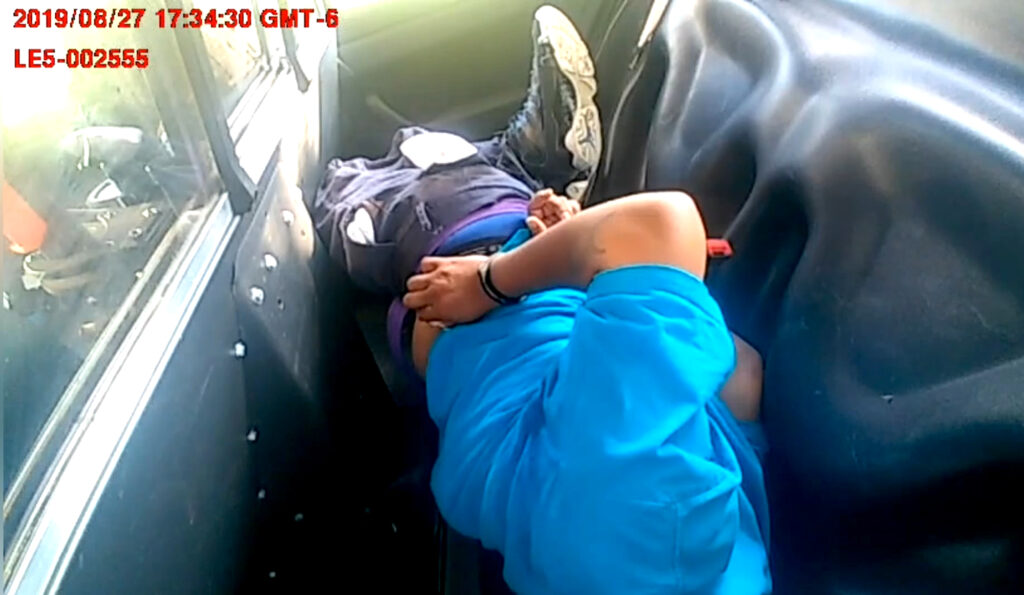 The woman is left in the back seat, face down, where she repeatedly calls him a racist. She then slides into the footwell.

“Please let me up, I can’t breathe. It hurts. My neck is about to break. Please help me, I’m sorry. I promise I’ll be good,” she says while crying and begging.

In additional footage taken from the police-car camera, the college student starts to suffocate. Huffine makes no effort to help her.

At the police station, an African American female officer pulls her up and out of the car. The victim can be heard repeatedly crying that Huffine “was going to kill me.”

“She was in the seat, but she decided she wanted to roll,” the unrepentant Huffine says to the other officers.

He then casually tells another officer he wants to “try and charge her” for disorderly conduct, assault, battery and attempting to escape.

Huffine was fired for “severe misconduct” on Feb. 27, six months after the incident. The ex-officer is now trying to get his job back.

“I’m sorry, it was a mistake. I do regret it,” he told the city’s civil service commission on Oct. 1.

It is unclear what other action was taken against Huffine or his victim.