Widely popular among aquarium hobbyists, ornamental fish have a huge market in the UK and USA. 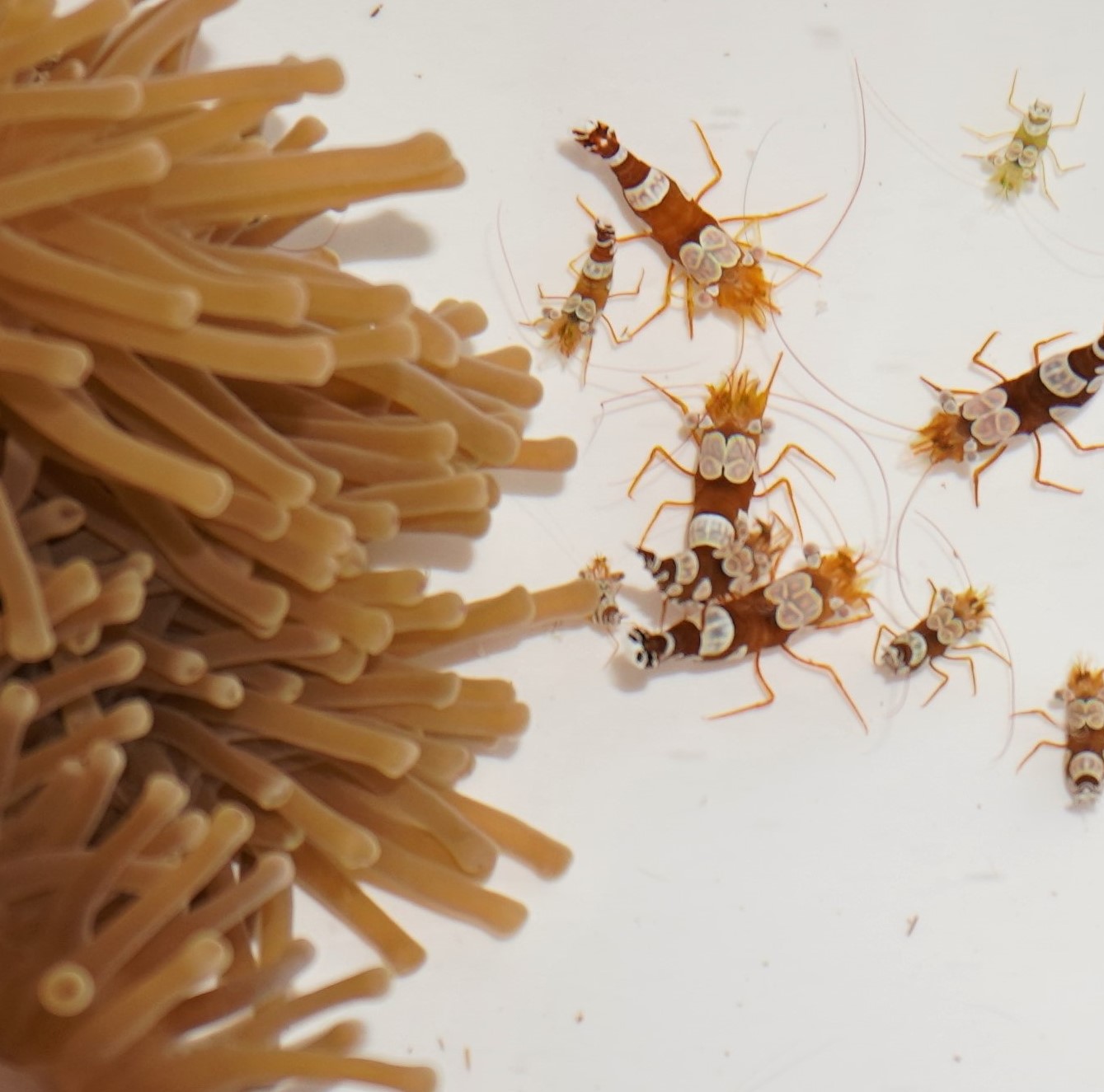 Indian researchers have developed a captive breeding technology for marine ornamental shrimps, one of the most popular and widely traded aquatic animals from the coral reef ecosystem.

The researchers from the National Bureau of Fish Genetic Resources (NBFGR) are now in the process of training locals from Lakshadweep in the aquaculture to support their livelihoods and conserve the biodiversity of the coral reefs.

Lakshadweep is a group of islands off the southwestern coast of India  known for a rich coral reef system. Ornamental shrimps are invertebrates that thrive in this reef system and are a rage among marine aquarium hobbyists because of their bright colors and unique patterns.

“Coral reefs are fragile and they are protected under schedule I of the Indian Wildlife Protection Act,” said Kuldeep K Lal, director of the NBFGR, a body under the Indian Council of Agricultural Research. “Ornamental shrimps are thus extremely vulnerable in the wild due to threats such as exploitation of the reef ecosystem, ocean bleaching and pollution.”

“Our concept of captive breeding of the ornamental shrimps and linking it to people’s livelihoods aims at putting a halt to such exploitation, reduce the pressure on the wild reef system, and build a functional model for mainstreaming biodiversity.”

The live germplasm resource center for marine ornamental invertebrates was established at the Agatti island in Lakshadweep in 2018, with funding from the Department of Biotechnology under the Government of India. The center aimed to build a model of harmonizing conservation with livelihood for islanders.

A team of marine researchers posted at the island undertook many explorations and studies to understand the mating patterns, ideal culture conditions, nutritious feed, salinity, and PH level of the water to mimic the natural reef ecosystem in a tank.

“After more than a year of these studies, we finally managed to create an apt protocol for captive breeding of the ornamental shrimps,” said TT Ajith Kumar, principal scientist at NBFGR and the lead investigator in the project.

During their explorations, the researchers also discovered three new species of ornamental shrimps, and they have published the findings in Zootaxa, an international taxonomic scientific journal.

Training of a small batch of locals who will be equipped to take it up as a business has already begun. The center at Agatti island will act as the master breeding facility where the ornamental shrimps will be bred. After about one and a half months, the young ones will be given to the trained locals for rearing.

“In about two more months, the shrimps will be of marketable size and locals can sell them to the traders,” said Kumar. “We are already in talks with some traders who are interested in tying-up with the locals. To start with, we will be providing the young shrimps free of cost to the locals and once the business model is fully functional, we will be selling them at a reasonable, subsidized cost to make the center self-sustainable. The end result that we want to achieve from this initiative is conservation.”

By the end of 2020, the center aims at training 100 islanders in aquaculture of the ornamental shrimps.

“Initially, it was in developed countries that the hobby of  keeping ornamental fish was popular, but recently, it has been gaining momentum in developing countries too, who now contribute about two-third of the total export value,” said the report.

A large majority of ornamental fish varieties in the market are picked up from the wild. “It is difficult to stop such trade but if we feed into the trade with the captive-bred varieties, the negative impact on the natural habitat can be minimized,” said Lal.

The researchers say that it was a tedious task to develop a protocol and standardize the feed. “At the stage of larval feeding, we had to use microscopes to figure out the mouth as these larvae were extremely tiny, and we accordingly selected different live feeds”, said 25-year-old Sheena Jose, who is a part of the six-member research team. “We ensure that there is no mortality and if the health condition of any animal deteriorates, we immediately release in the wild or change culture conditions.”