Marijuana is widely used in India where the plant is consumed as charas (resin), ganja (flower), and bhang (seeds and leaves). 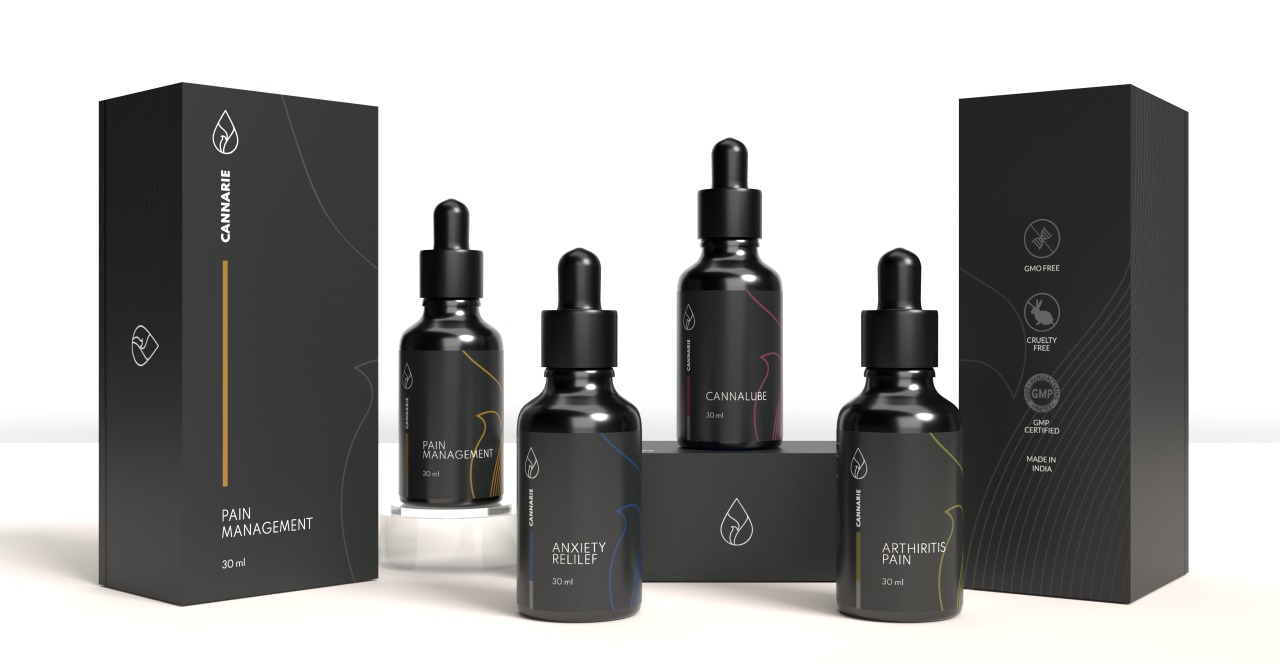 A range of cannabis-derived products from Cannarie. (Courtesy of Rohan Gouda)

These days, marijuana is making headlines in India. The recreational drug has taken center stage with Bollywood actor, Sushant Singh Rajput’s death by alleged suicide. As central law enforcement agencies continue to investigate the murky circumstances that to led to the actor’s demise, his girlfriend, fellow actor, Rhea Chakraborty has been arrested for the alleged possession, transportation, and purchase of ganja (weed) and charas (hash), all derivatives of the cannabis plant.

Chakraborty’s detention by the Narcotics Control Bureau of India (NCB) is in connection with the procurement of 59 gm (2 oz.) of marijuana. So far the agency has summoned big A-listers from the Indian film industry to crack a drug nexus at the heart of Bollywood.

Actors like Deepika Padukone, Sara Ali Khan, Shraddha Kapoor, and Rakul Preet Singh have all been interrogated with more names expected to be summoned. “Cannabis production is very important to us,” said KPS Malhotra, Deputy Director, Narcotics Control Bureau, who had earlier arrested Chakraborty’s brother Showik, and another individual, Samuel Miranda, in the drug case related to Rajput’s death.

Malhotra clarified that cannabis has always been relegated to a lower position in the list of banned substances according to the Narcotic Drugs and Psychotropic Substances Act, 1985, (NDPS). However, in investigating the drug angle to Rajput’s death, the NCB discovered a new trend.

“Curated marijuana is gaining prominence among the affluent. This [strain] costs nearly as much as cocaine with a single gram (0.035 oz.) priced at Rs 2,500 to Rs 5,000 ($35 to $70),” said Malhotra, adding that the dissemination of this drug has created a parallel trafficking network. “These people are importing parcels from the dark web and selling it to users, so there’s no predefined network of peddlers.”

When the NCB attempted to strike a deal with sellers, they were quoted an exorbitant rate of Rs 28 lakh (approximately $40,000) per kilogram (35 oz.).

“The price astonished us; we discovered that this drug is making more money than other substances,” said Malhotra, who claimed that more than 64,000 kg (141,095.85 lb) of marijuana has been busted and processed in the last two years alone.

There is growing criticism at the NCB’s sudden scrutiny of marijuana, claiming it’s a political ruse to draw attention away from other serious issues plaguing the country. While the amount  recovered from Chakraborty is significantly less than the one kilogram specified as “small quantity” under the NDPS Act, there’s no denying India’s deep-rooted connection with cannabis.

The 2018 index of global consumption of weed, by the German data-driven media company ABCD, and Seedo, an Israeli company that sells hydroponic growing equipment, featured Delhi in third place, while Mumbai came in at sixth. The study found that pot-smokers in Delhi and Mumbai consumed 38.3 and 32.4 tons of weed in a year.

The 2019 Magnitude of Substance Use in India report cited that 31 million people in the country have reported cannabis consumption.

The country is home to myriad strains of the three types of cannabis — Sativa, Indica, and Ruderalis — but its cultivation is largely unorganized. In India, the plant is consumed as charas (resin), ganja (flower), and bhang (seeds and leaves).

As per the NDPS, it’s criminal to use the fruit and flower of the cannabis plant, but not the leaves. So it’s not uncommon to see “holy” men with chillums (pipes) puffing away in the country’s hinterland, or freely have access to bhang at roadside tobacco stalls.

Law enforcement usually turns a blind eye to cannabis use by Sadhus (holy men) in India according to Utsav Thapliyal, a cannabis activist, who is trying to create awareness of the plant’s benefits and reduce the stigma and taboo associated with its consumption.

“Bhang is a drink, made out of the leaves and seeds of the plant, and technically, contains less than 0.3 percent THC (the psychoactive cannabinoid),” he said. “But in reality, there are no proper checks on the cannabinoid concentration levels and the THC level could surpass the limit of 0.3 percent.”

The 1961 international treaty Single Convention on Narcotic Drugs clubbed cannabis with other substances, placing it under the Schedule 1 category. The final draft of the treaty defined cannabis “as the flowering or fruiting tops of the plant (excluding the seeds and leaves when not accompanied by the tops) from which the resin has not been extracted; by whatever name they may be designated.”

“This allowed India to carry on the tradition of large-scale consumption of bhang during festivities,” said Thapliyal

Despite its rampant use, the country has been unable to capitalize and seize the plant’s potential for the economy.

“As of now the industry is at the most touted to be Rs 20 crore a year (approximately $2.73 million),” said Rohan Goude, of Varka Labs, an entrepreneur invested in utilizing cannabis in the healthcare and beauty industries. “If regulated, it could grow to $500 million by 2025.”

He alludes to the legalization of the bud in the US, where taxes collected have been reinvested in education and other civic sectors. Gouda’s latest venture is Cannarie, a collection of CBD oil products aimed to relieve pain and anxiety.

“We collect the seeds from local farmers, and we have a license to make hemp extract products,” explained Gouda adding that legalization of the plant in India is entirely dependent on State-wise legislation.

The northern state of Uttarakhand became the first in the country to allow commercial cultivation of the non-narcotic cannabis crop in 2018. Gouda is part of an increasing number of outfits that are developing cannabis-based products.

“CBD oils and tinctures are being sold by a few companies in India that have opened up avenues for people to access the medicine and reap benefits for healing purposes,” said Thapliyal. “But these products start from Rs 2,500 ($35) and go up till Rs 10,000 ($135).

In India, 50 million citizens fall under the (global) below poverty line category ($1.90 per day). The question, then, is whether the cannabis industry is catering specifically to the elite?”

As the country makes headway in the cannabis-adjacent arena, the legalization of its consumption in its original form is gaining traction. On November 7, 2019, the Delhi High Court sought the government’s stand on such a petition filed by the Bengaluru-based advocacy non-profit, the Great Legalisation Movement India Trust (GLM).

The NGO was founded in 2014 by Viki Vaurora to legalize the use of marijuana for medicinal and industrial purposes. A year later, the GLM organized the first Medical Cannabis Conference in Bengaluru. They launched a web series titled “The Gaanja Situation” to continue the discourse in 2018.

“Medical and recreational cannabis should be (majorly) sold through licensed government dispensaries,” concluded Thapliyal. “But cannabis legalization will not happen on a full scale. This industry can uplift our economy, which is already in shambles, and it can also create many job opportunities for people (keeping into consideration that labor laws are in place and human rights violations are checked for at workplaces).”