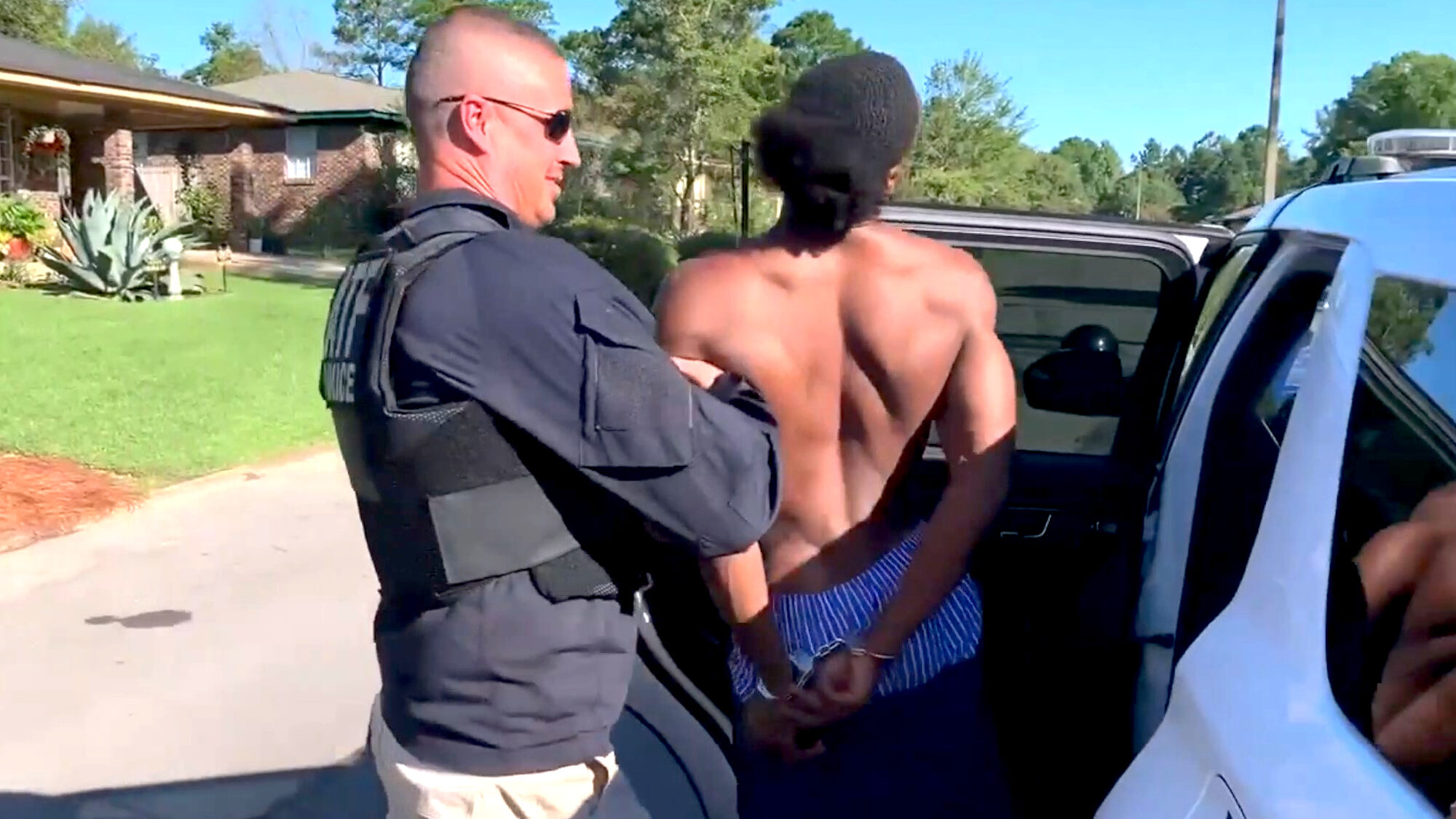 Police arrest a suspect in Hattiesburg, Miss. on an unknown date. (Clipzilla)

Police in Hattiesburg, Mississippi, found a trove of illegal substances in a combined drug crackdown with state and federal forces.

Officers with the Hattiesburg Police Department — with assistance from Forrest County Sheriff’s deputies and agents for Metro Narcotics, the Bureau of Alcohol, Tobacco, Firearms and Explosives, and the Mississippi Bureau of Narcotics — conducted a house raid on Sept. 29.

Authorities seized around five pounds of meth, 500 ecstasy tablets, 100 grams of marijuana, 350 Xanax tablets and other illegal narcotics that were found at the scene.

Following the raid, which was caught on video, seven people between the ages of 17 and 43 were arrested, and four firearms were also confiscated. Those arrested all face charges for possession, trafficking and/or the sale of a controlled substance. A juvenile suspect was also charged with possession of a handgun by a minor.

“Today’s arrests are a culmination of hard work, collaboration and cooperation between multiple agencies to make our communities safer,” Sheriff Charlie Sims said. “Crime and drugs have no jurisdictional boundaries. Coordinated efforts and information sharing always produce superior results. I want to personally thank all the agencies involved for a successful operation.”

The raid was carried out as part of Project EJECT (Empower Justice Expel Crime Together), an interagency initiative to combat violent crime in the Southern District of Mississippi started in 2017 under the Department of Justice’s Project Safe Neighborhoods and Project Guardian.

“Under Project EJECT, we are taking drug dealers and violent criminals off our streets and making our communities safer,” U.S. Attorney Mike Hurst said in a press release about the arrests. “Today’s announcement of the indictment and arrest of seven prominent drug dealers in the Pine Belt is a result of the important work these brave men and women in law enforcement have been doing to clean up our streets, make our neighborhoods safe and protect our citizens.”

In addition to efforts by law enforcement to reduce crime, the program also includes holding discussions with the public, encouraging communities to help authorities and communicating to criminals they will be prosecuted and punished. Project EJECT aims to prevent crimes before they occur and help former criminals reenter society.