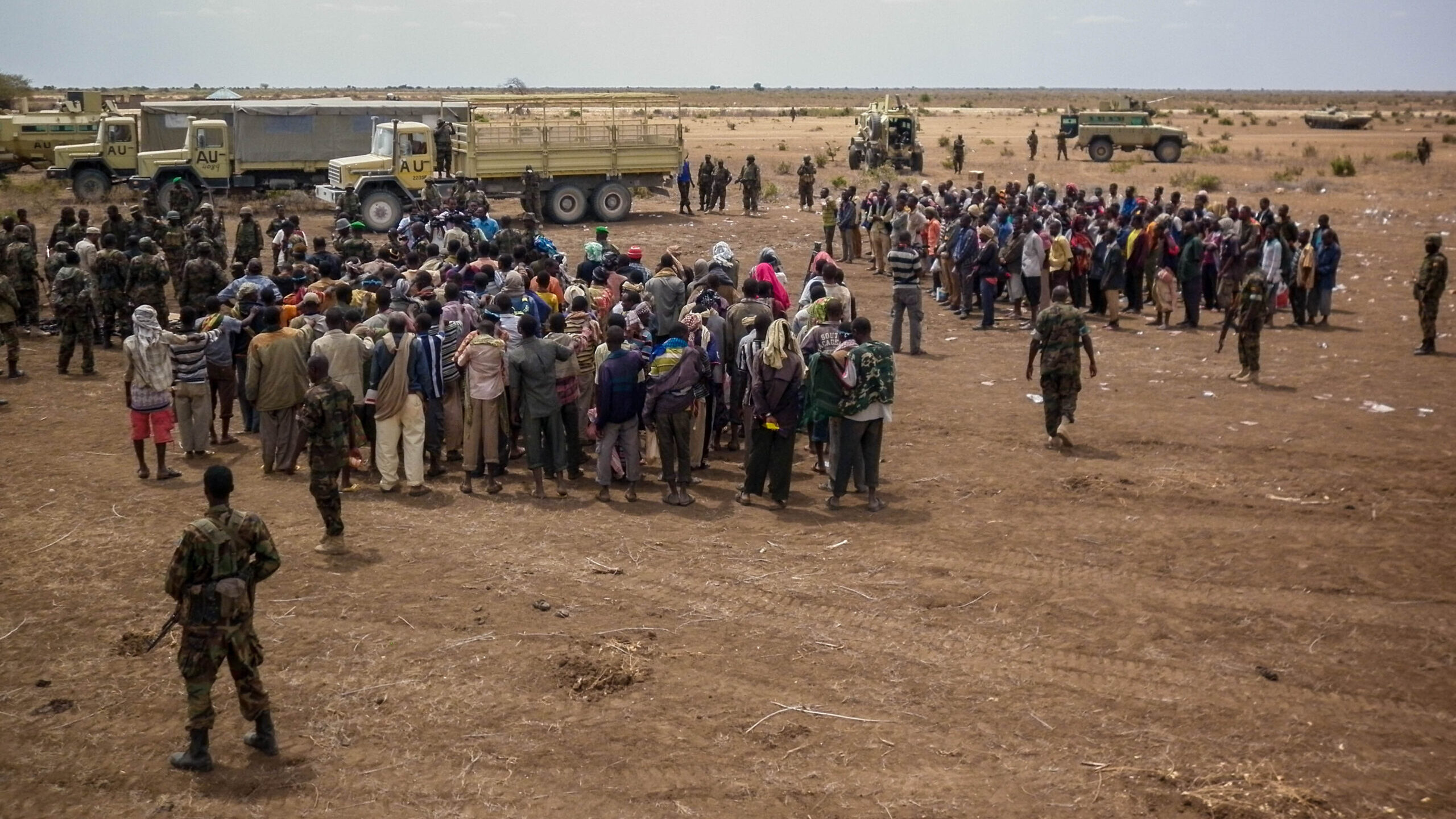 Members of the Al Qaeda-affiliated militant group Al Shabaab stand after giving themselves up to forces of the African Union Mission in Somalia (AMISOM) in Garsale, approximately 10km from the town of Jowhar, 80km north of the capital Mogadishu, Somalia, on September 22, 2012. (ABUKAR ALBADRI/AU-UN IST)

After the Covid-19 pandemic closed Kenya’s schools in March, Aden Jamal and his brother Abdullah Ahmed were excited to be home with their parents. They couldn’t have known a family friend, Juma Karim, had other plans for them.

The brothers, each age 16, live with their parents at Eastleigh, a Somali enclave in Kenya’s capital of Nairobi many refer to as “Little Mogadishu” that has become fertile recruitment grounds for al-Shabaab, an al-Qaeda affiliate waging holy war in East Africa.

The two were at home playing video games while their mother was at the market, when Karim approached them about joining.

“Our families have been friends with Juma’s family for a long time, and we always look forward to the holidays, but this time Juma was acting weird,” said Abdullah. “When we asked what was wrong with him, that’s when he told us that he wanted the three of us to join part of a terrorist group. Karim promised the brothers it would be a way out of financial hardship.

“We thought he was joking at first until he showed us his text exchange messages with the recruiter,” said Aden. “They had promised him good guns, a car, money, and his family will never struggle again, and that we would also get all that if we agreed.”

The plan fell apart once their mother found out.

“I was shocked, I couldn’t [believe] this was happening,” said the boys’ 36-year-old mother, Asha Mohammed. “They offered money, and they used a family friend to get to them. It’s just painful to see that they target young boys who want to make a future for themselves. Their father was very annoyed. In fact, he told them never to be seen with Juma again”

She is among many women living in Eastleigh whose kids have been approached. A good number, she said, allow their kids to join  al-Shabaab group because of difficult economic backgrounds.

“In our religion, we allow polygamy so many families have more than 10 children,” said Mohammed. “Families struggle … I know of families that have allowed their children to join such groups.”

Poverty in Kenya has forced people to live in unsuitable environments and expose their families to drugs, crime, and violence. More than a third of Kenyans earn below the international poverty line, according to the World Bank.

Joseph Kirori is a reformed al-Shabaab member who joined after dropping out of university due to a lack of funds.

Kirori had trained with the National Youth Service, an initiative by the government to train young people in life and business skills, but was unable to find work after finishing. He tried to get into the army, but was not chosen because he did not have money to bribe his way in. Desperate to carry a gun, he instead linked with al-Shabaab.

“There are no training opportunities,” said Kirori. “Corruption in this country is what makes youths join such groups. I made money, we used to sell charcoal and hijack goods.”

“Al-Shabaab uses money as a tactic for winning recruiters,” said Gumba. “Promises of about $100 USD that they would send money to the families within a matter of weeks.”

Kenya has  seen numerous terrorist attacks since its invasion in southern Somalia in 2011, including the deadly siege at Nairobi’s Westgate Mall in 2013 that claimed 67 lives and left hundreds injured.

“It’s high time the government reconsidered withdrawing Kenyan Troops from Somalia,” said Gumba. “The fight against al-Shabaab seems inevitable. The government wants to make a political statement at the expense of Kenyans.”.

However, the Kenya Police Service continues to receive criticism for how they handle whistle blowers, and so many people prefer to remain silent even if they have information about al-Shabaab.

Oska Duba, for example, said he tipped off  Mombasa police about a planned attack and, later that evening,  received a text message that would force him to flee to Garissa.

“I went to Mombasa police station to report a planned attack that I overheard from friends and when I got home, I got a very disturbing photo and an intimidating message which read” ‘We will be done with you soon. You are dead to us,’” said Duba.  “That’s when I knew that al-Shabaab militias are not in the bush but the station. You can’t trust them too.”

Juma Karim joined the militia group and his family moved away from Eastleigh. Asha Mohammed hopes for a better tomorrow for her two sons.