The revised parameters are based on broader datasets and a change in nutritional status. 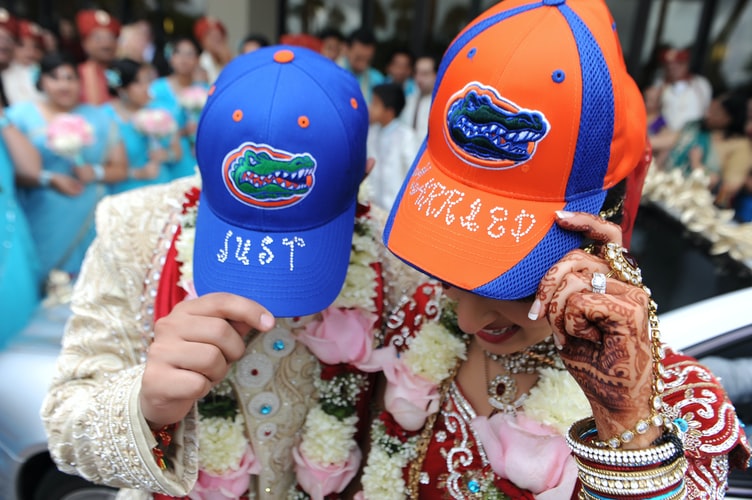 An Indian couple gets married at an unknown date. (Courtesy: Amish Thakkar/Unsplash.)

The reference weight of an Indian man and woman is now up by 5 kilograms (11 pounds).

Moving away from the decade-old reference ranges, experts from the National Institute of Nutrition have pushed the reference weight of an Indian man to 65 kg from 60 kg and a woman to 55 kg from the earlier 50 kg.

“The reference weight is crucial in assessment and analysis for customized therapies,” said Krishnan. “We use the reference weight routinely to make individual diet and nutrition intake plans depending on the daily food intake, activities, nature of work, etc.”

These revised ranges are found in a report on recommended diet allowances that was released on Sept. 28. The reference standards are the basis on which nutrient requirements are prescribed. The report states that the reference range was modified with regard to the age group of 19-39 years instead of the previous 20-39 years.

“The reference height was taken as 95th centile for adult male and female, and with normal Body Mass Index range of 18.5-22.9 kg/m2, a reference body weight was calculated,” it said.

“The modification in the reference weight and height has been made after considering the changed nutritional status of Indian men and women,” said Dr. Hemalatha R., director of the National Institute of Nutrition, a body under the Indian Council of Medical Research. “The latest data that we looked at has shown that an average Indian has grown taller in the last few decades, and there is a change in nutritional status. Therefore, the reference weight and height were modified taking these into consideration. However, the normal Body Mass Index range remains the same at 18.5 to 22.9.”

She said that the 2010 reference values were prescribed based on the old data. The latest report takes into consideration the most recent available data from across the country.

The report states that the earlier reference range was derived from data based only on a segment of the Indian population and did not have an all-India character.

“The present committee has considered the more recent, nationally representative datasets, such as the National Family Health Survey – 4 (2015-16), National Nutrition Monitoring Bureau (2015-16), World Health Organization (WHO, 2006-07) and the Indian Academy of Paediatrics (2015) to derive acceptable reference bodyweight values through the lifespan.”

Nutritionist Naini Setalvad said that there isn’t that much of a change, and that these values are recommended for generalized populations.

“One doesn’t need to be focused on the overall caloric recommendation. However, balancing the ratio of the macronutrients is important,” said Setalvad. “What is more important is the micronutrient intake, thus personalized plans wherever possible are necessary after nutritional assessment. So, one should use the reference ranges as guidance while planning a personalized nutritional treatment, which would have more accurate results.”

India is currently facing a rise in malnutrition in both rural and urban areas, said Setalvad.

“Rural areas have been relying mainly on cereals to meet their calories and nutrition needs,” she said. “Although there has been a marginal but positive increase in consumption of vegetables and fruits, there is also an increase of nutrient-dead and high bad-fat food that have negatively affected health. This has caused the common occurrence of low body weight and thinness to reduce in the rural population.

“In urban areas, there is a rise in obesity, which has also crept into the rural areas due to urbanization and industrialization. India is an aspirational country and convenience foods are seeping everywhere,” she said.

Another detailed document, “What India Eats,” released by experts from the National Institute of Nutrition, states that “a major segment of the population was consuming far more cereals than recommended and less protective foods such as legumes, milk, nuts, vegetables and fruits.”

“The increased availability of inexpensive staple cereal crops has reduced hunger, but at the expense of diet diversity, displacing local ingredients and protective foods,” it states.

The report also states that a healthy diet and adequate physical activity are strategies for halting or preventing type 2 diabetes, coronary heart disease and stroke.

“In India, people tend to put a lot of thrust on weight reduction, and the concept of diet and nutrition is always linked to losing weight,” said clinical nutritionist Krishnan. “The fact that a perfectly slim person can have a very high internal fat percentage is completely missed out. When people set out on diet and exercise plans, they tend to get disappointed when their weight does not come down. But often they lose inches and their fat is getting converted into muscles which retain the weight.”