The investigator was previously hauled into court for falsifying an affidavit that resulted in a wrongful conviction. 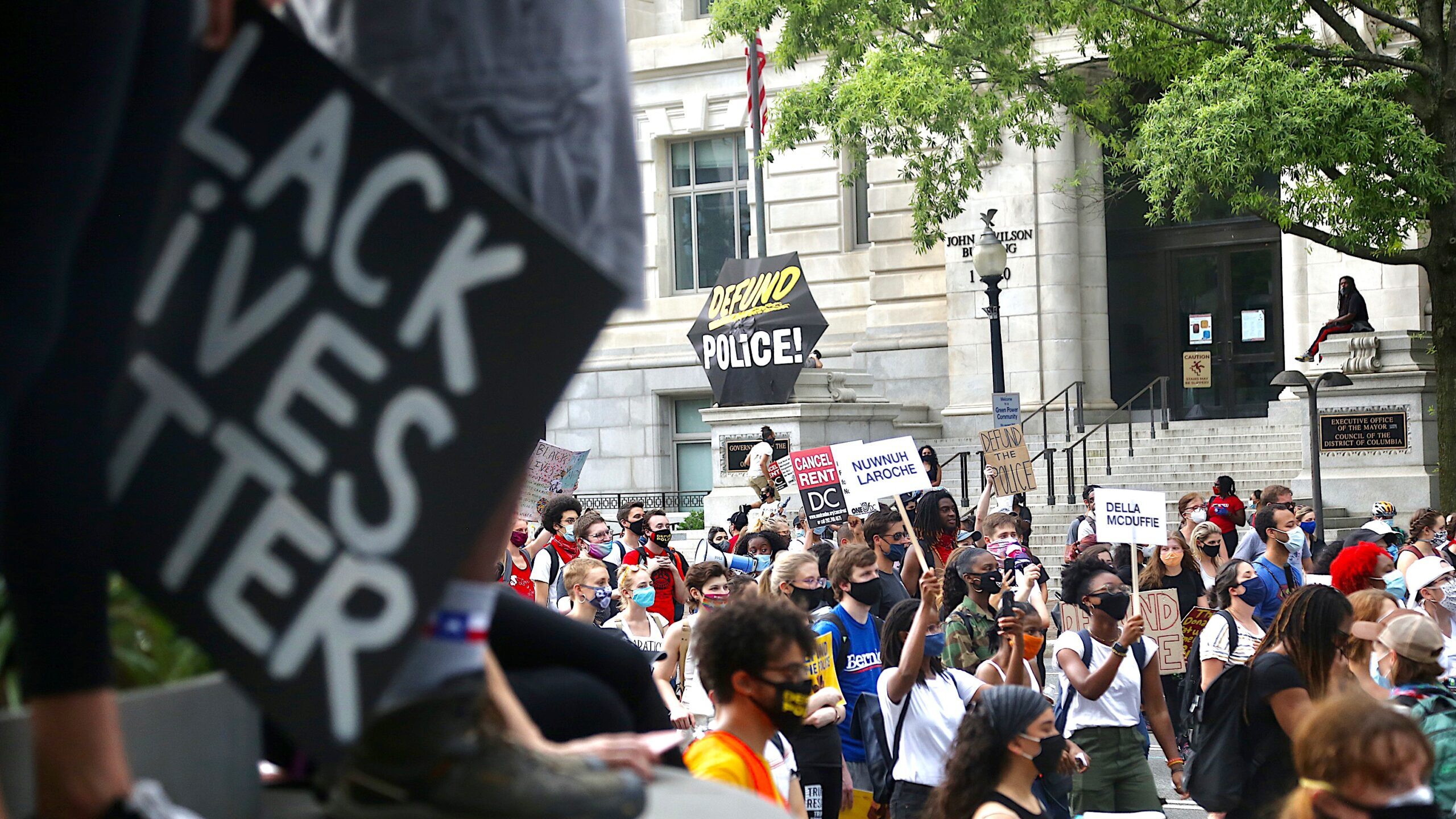 A black lives matter sign hangs on a statue in Washington D.C. during a Juneteenth Black Lives Matter march on June 19, 2020. (Kaitlin Newman/Zenger)

When Cloyd Steiger was placed on administrative leave from the Washington Attorney General’s Office for causing a public scene over a waitress’s Black Lives Matter pin, it wasn’t the first time his conduct had been called into question.

Steiger, a homicide investigator, was placed on leave Sept. 8 after Reese Vincent, a waitress at the Tacoma restaurant The Fish Peddler, wrote a Facebook post in which she alleged Steiger wrote “BLM Button = No Tip” and “That’s how socialism works” on his receipt before shouting at another employee about Black Lives Matter and socialism.

Steiger is also a former homicide detective for the Seattle Police Department and a true-crime writer who has been featured in several documentary television programs as an expert on homicide and cold case investigations. His personal website lists a string of high-profile media appearances, including CBS’s “48 Hours,” Investigation Discovery’s “Killer Instinct with Chris Hansen,” and several podcasts in the true-crime genre.

However, Steiger’s police work at the Seattle PD has recently come under scrutiny. Only a few months ago, Steiger was a defendant in a high-profile lawsuit alleging “pervasive misconduct” by law enforcement, including perjury, in the arrest of a suspected “cold case” killer—the very kind Steiger specializes in. The city settled the suit with the plaintiff, who had been exonerated of the crime for which he was initially convicted.

The case in question, McCullough v. Hanley et al, centered on Steiger and other law enforcement officials’ involvement in the arrest of the now-exonerated Jack D. McCullough, who in 2012 was convicted for the 1957 abduction and murder of 7-year-old Maria Ridulph in Sycamore, Illinois.

In 2015, the newly elected State’s Attorney of DeKalb County commissioned a review of the case evidence and found “clear and convincing evidence” of McCullough’s innocence. The National Registry of Exonerations describes this evidence, which includes contradictory testimony from prosecution witnesses, a failure to account for McCullough’s alibi, and an arrest warrant based on “materially incorrect and misleading statements” by police. McCullough’s conviction was vacated in April 2016, and the charges against him dismissed.

McCullough then filed a federal lawsuit against several law enforcement officials, including Steiger, who were involved in his arrest, and sought damages for the four years he spent in prison as a result.

A filing dated July 20, 2018, names Seattle PD as one of several defendants in the suit, including the Illinois State Police and DeKalb County proper. Steiger is accused in the same filing of “contacting plaintiff under false pretenses” and, with the “knowledge and approval” of his colleagues, making false claims in the affidavit that led to McCullough’s arrest and questioning.

In July of this year, the City of Seattle settled the case with McCullough for $300,000. Despite the settlement and the legal exoneration, Steiger maintained in interviews at the time that he still believed McCullough was guilty.

I was gonna keep this to myself, but after this gentlemen felt the need to post it, I figured it was important to give…

Since leaving Seattle PD, Steiger has worked for the Washington Attorney General’s Homicide Investigation Tracking System (HITS), a “database (that) acts as a central repository for detailed information on violent crimes occurring in Washington and Oregon.”

Vincent, the waitress who says Steiger denied her a tip and caused a scene at her restaurant, said: “Unfortunately I can’t do any more interviews, as it puts my job and safety in (the) workplace at risk … please refer to my post.”

After Reese made her post, the Washington A.G. Office announced that Steiger would be placed on administrative leave for the time being.

“On the morning of Sept. 8, our Human Resources Department initiated an investigation into Mr. Steiger’s conduct. Later that day, Mr. Steiger was placed on administrative leave,” said Dan Jackson of the Washington A.G.’s office.