The Eagle Ray, a ship flying a British flag, was found with 205,000 pounds of hashish on board. 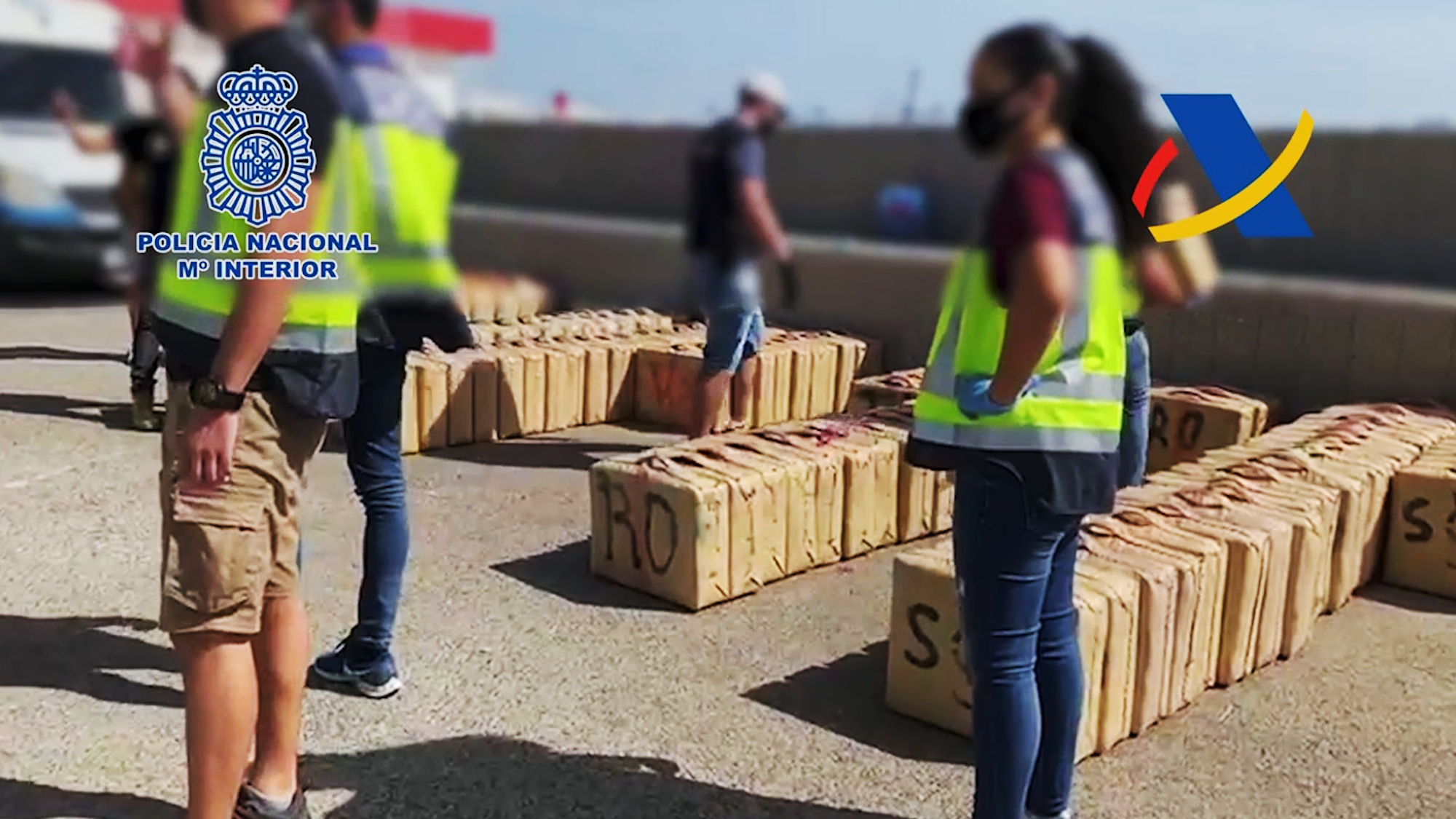 The tons of hashish seized in sailboats that belonged to the same drug trafficking gang in Spain in an undated photograph. (Newsflash)

A major drug bust in Spain implicated nationals from Europe and Russia.

Spanish authorities seized around three dozen tons of drugs from several vessels, including some sailing under the British flag, in the country’s largest maritime hashish bust to date.

The bust, dubbed the Goleta-Gratil Operation, was carried out by the Spanish National Police and the Tax Agency over a series of months, with the largest discoveries occurring between Thursday and Monday.

Authorities were first alerted to the existence of the crime ring when they saw the Amaalta sailboat, which was suspected of drug trafficking last year, in the Spanish autonomous community of Andalusia. Officers then began tracking the boat, along with several others believed to be associated with it, and noticed the vessels, which “frequently modified” their names and flags, making “a large movement of resources.”

The investigations led Spanish police — who also worked in tandem with the British National Criminal Agency, as well as Dutch, Bulgarian, Greek and Italian police — to intercept four luxury sailboats flying under foreign flags and carrying more than a combined 30 tons of hashish in recent days, according to a police report.

The Sweet Breeze, which bore a United Kingdom flag, was discovered carrying 10,700 kgs (nearly 24,000 pounds) of hashish near the resort town of Fuerteventura in international waters on Thursday. The same day, the Eagle Ray, also sporting a U.K. flag, was found to have 93,000 kgs (205,000 pounds) of hashish on board in international waters near Gibraltar.

Authorities boarded the Amaalta, which was flying a German flag, in international waters off the coast of Mauritania on Saturday and discovered an estimated 4,500 kgs (10,000 pounds) of hashish on the vessel. However, the Amaalta sank while being taken to port after a water breach and unfavorable weather conditions.

Footage of the busts shows copious amounts of packages stashed in the living quarters of the boats as several agents work to remove them. The video then cuts to show authorities chasing the vessels using patrol boats, a helicopter and an airplane before boarding them and confiscating the drugs.

Nine people of Russian and Bulgarian origin were arrested during the operation and have been placed in the custody of the appropriate authorities. The busts mark a “large blow” to what is believed to be the largest maritime organization dedicated to trafficking hashish by sea, which is operated by “delinquents” from Eastern Europe, police said.

Previous busts conducted as part of the investigations included police sizing 360 kgs (793 pounds) of hashish from the Hanna sailboat, flying under the U.K. flag, on July 14 and another 4,244 kgs (9,356 pounds) from the Phase One, which was flying under a Dutch flag, on March 26. In all, 35 tons of hashish valued at nearly $6 million have been confiscated from six sailboats as part of the operation so far.

The investigations are ongoing and are being carried out with the assistance of Maritime Analysis and Operation Centre – Narcotics (MAOC-N) and Europol.