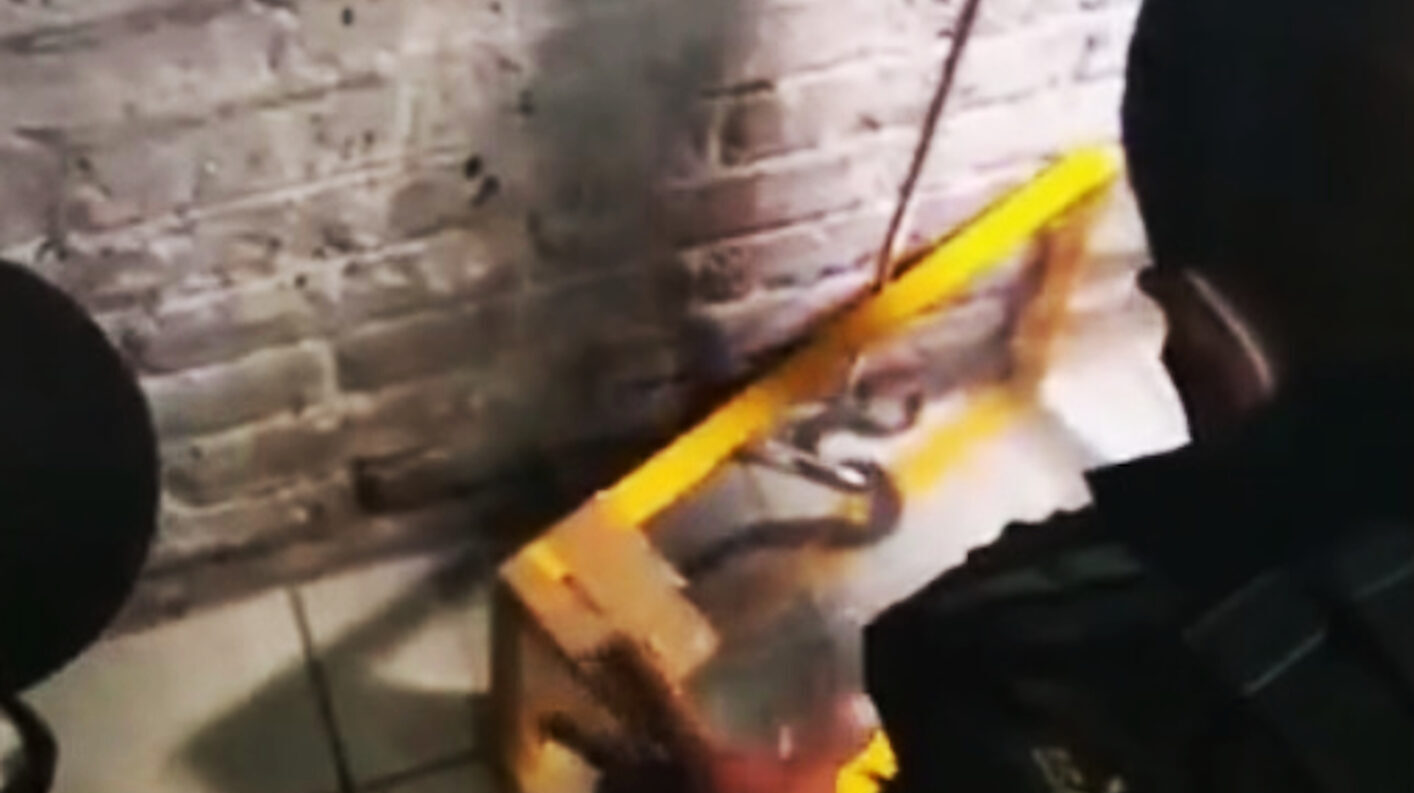 Local authorities capture a venomous crotalus found in a hospital in the municipality of Tlahuac in Mexico City in an undated photograph. (@SSC_CDMX/Newsflash).

Medics in Mexico fought to save the life of a patient who received his potentially lethal injury in an unusual venue — the hospital.The deadly snake bit the man on the right thumb on Sept. 24 at a hospital in Tlahuac, a municipality located in the country’s capital, Mexico City, after it had slithered into his bed.

Agents from the Animal Surveillance Brigade from the Ministry of Citizen Security were called to the hospital after an unnamed 51-year-old man was bitten. The officers said by the time they arrived, doctors had managed to get the snake into a cardboard box, which was quickly moved into a more secure container.

The police said experts were able to confirm the bite was from a snake of the Crotalus genus, most commonly referred to as a rattlesnake.

The Crotalus snake is one of the most feared snakes in Central and South America as its venom has hemotoxic and sometimes neurotoxic effects. Its bites are considered highly dangerous, as they can lead to serious medical conditions or death. However, if treated promptly, victims have a high chance of recovery.

Doctors quickly sprung into action and gave the man the necessary medical treatment, hoping to save his life. His current status is unclear, but he remains in the hospital.

An estimated 7,000–8,000 people per year receive venomous snake bites in the United States, and about five people die. Mexico and Central America combined have an estimated 193 fatalities. Most of the world’s approximately 3,000 snake species are nonvenomous, and only 200 are considered by the World Health Organization to be medically significant venomous species.

Video captured at the hospital shows the moment one of the officers carefully manipulates the snake with a snake hook, apparently pinning it against a wall and a snake enclosure.

The rattlesnake is set to be delivered to the Wild Life Conservation and Investigation Centre.