VIDEO: Paraplegic Rugby Player Stands Up on His Own For the First Time in 1,220 Days

Robert Paylor broke his neck in the 2017 college rugby championship game. He is paralyzed from the chest down. 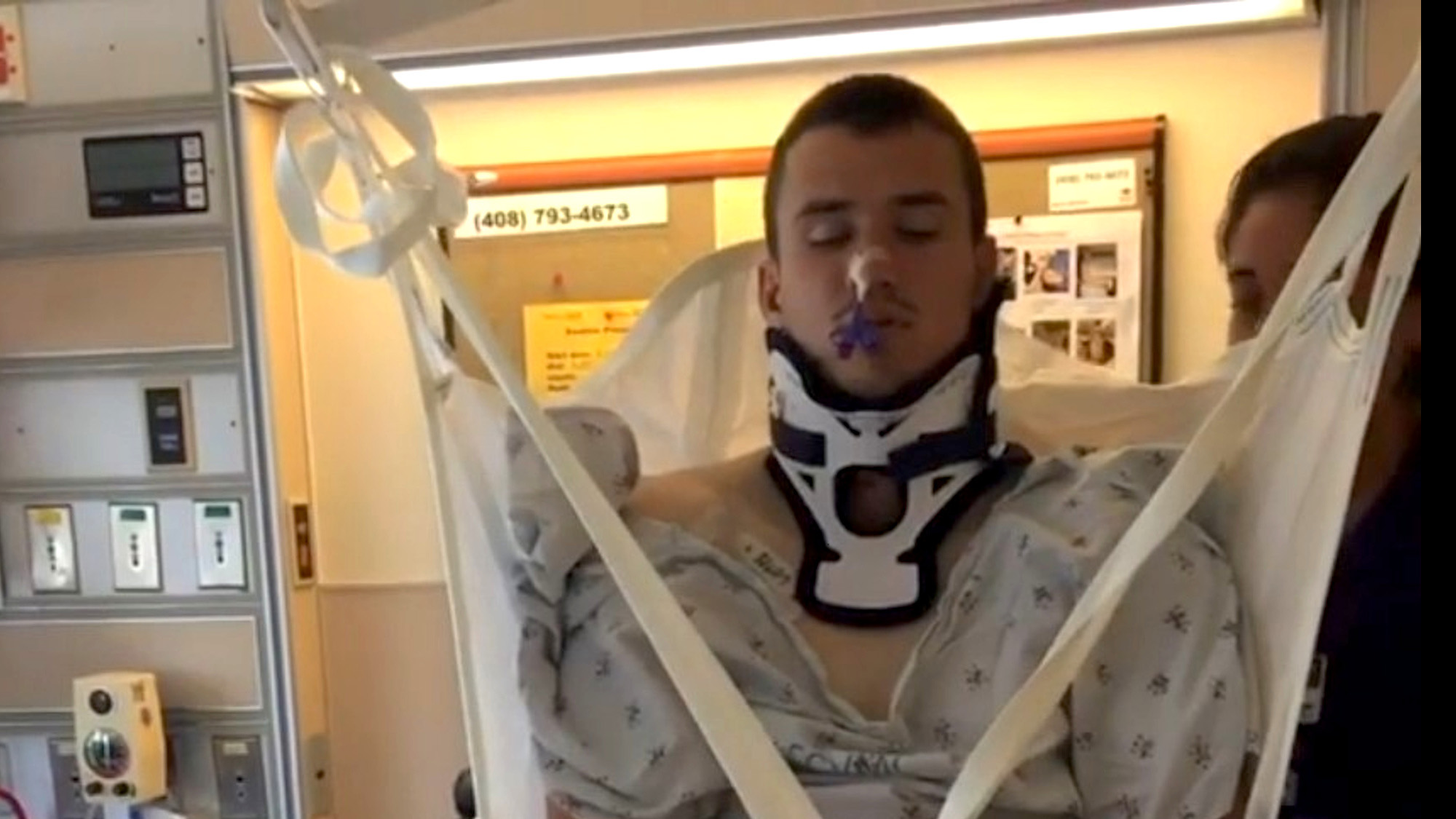 Former American collegiate rugby player Robert Paylor, paralyzed from the chest down three years ago, stood up by himself for the first time in 1,220 days.

Paylor broke his neck during a championship game in 2017. The University of California Berkeley graduate has fought a tough battle to regain his mobility. He posted a video to Twitter earlier this month showing the moment he finally managed to hoist himself out of his wheelchair, grab a walker and take a few steps.

“I stood up out of my wheelchair on my own for the first time today! It took me 1,220 days to achieve this goal, and it was worth every second,” he said in the video.

Paylor’s life changed on May 6, 2017, when his team played Arkansas State University in the Varsity Cup of the USA College Rugby National Championship. He was competing in a maul, during which a ball carrier and at least one player from each team are engaged in contact and on their feet, according to the World Rugby Laws.

Paylor got caught in a controversial headlock by an opposing player. With his chin pinned against his chest, he came crashing to the ground when the maul collapsed.

The incident prompted USA College Rugby to launch an investigation into the opposing player’s restraint of Paylor by the neck, which the league later failed to deem worthy of a red card, a penalty indicating a serious offense. While USA College Rugby issued an apology to Paylor in June for its handling of the case, the former player and Berkeley’s rugby head coach slammed the statement.

“I’m still shocked that what happened to me in that maul is not deemed as a red card offense,” Paylor said. “Anyone who knows anything about rugby knows that it is a terrible penalty to bind someone around the neck and drive them on top of their skull, leading to paralysis. I don’t even know what to say to someone who believes that is acceptable.”

“USAR couldn’t admit a premeditated armlock around the neck of a player for an extended period of time is a red card. In their apology they couldn’t find it in themselves to admit their failed process and politicking led to an incorrect decision,” Berkeley coach Jack Clark said. “The organization needs to explain to the game’s participants and their families why a high tackle or a quick reaction of sticking out an arm can be seen as mandatory red, particularly when everyone carries on playing, but locking on a neck for an extended period while driving the top of a player’s head into the ground, resulting in paralysis, is not red.”

While doctors feared Paylor, whose future as an athlete looked bright prior to the accident, would never be able to walk again, he worked hard to defy the odds. Over time, he regained mobility at Craig Hospital, a world-renowned spinal-cord injury rehabilitation facility, by practicing to stand and building strength in his legs and arms.

In addition to improving physically, Paylor continued his studies and graduated from Berkeley this year.

“My college experience has been some of the best years of my life,” he said. “I am grateful for the people I met and the memories I will hold close to my heart forever. I had to fight to get to this moment, and every second has been worth it. I am proud to call myself a Golden Bear for life!”