Blazes down under burned over 17 million hectacres between September and February, including prime koala habitat. 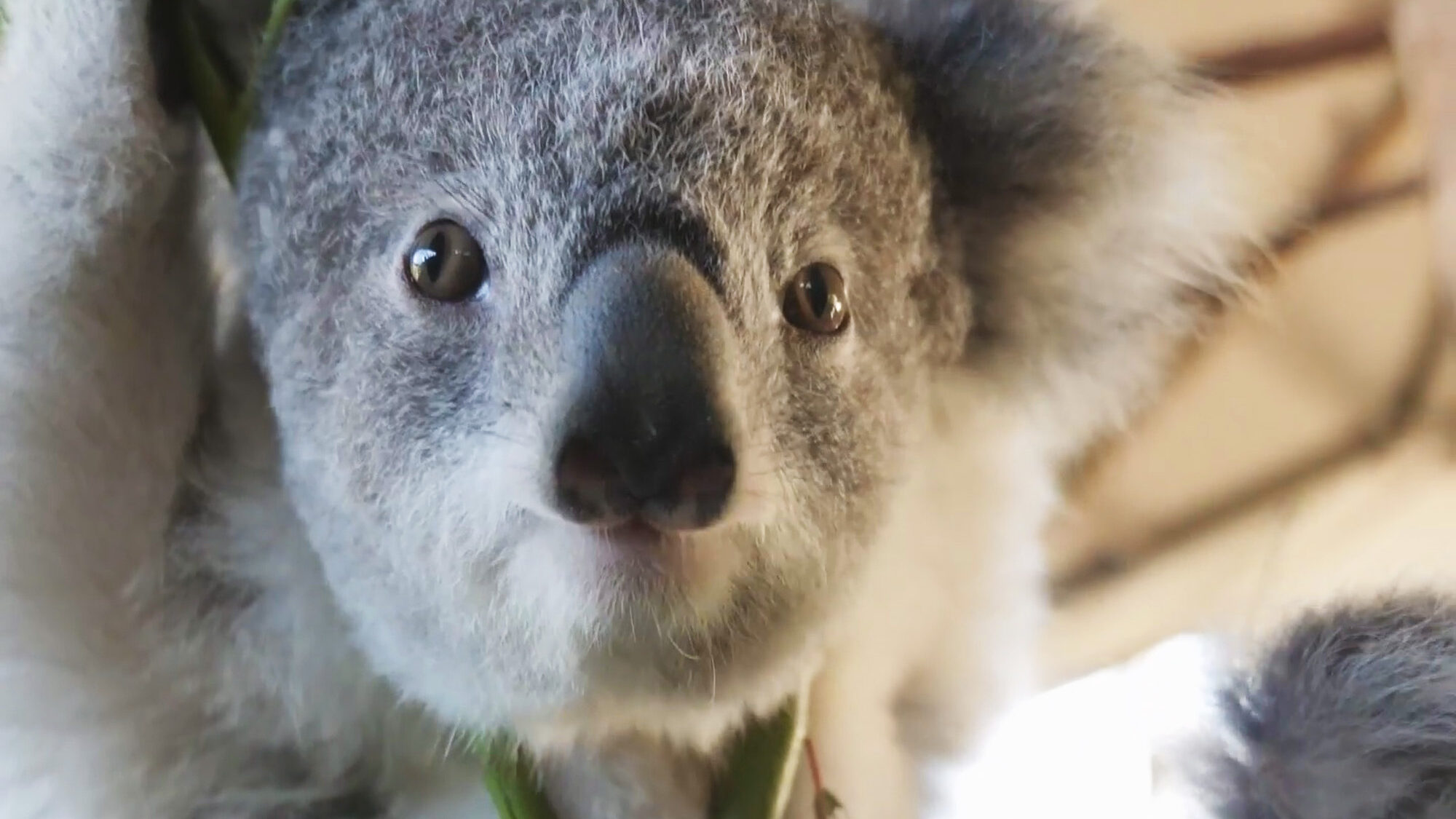 One koala looks at the camera at Billabong Zoo in Port Macquarie, Australia, in an undated photograph. (@billabongzoopmq/Clipzilla)

Australia’s koala population is making a comeback after a series of bushfires ravaged its habitats, thanks to a zoo that has been breeding the animals for 25 years.

Billibong Zoo, Koala & Wildlife Park in Port Macquarie, New South Wales, launched its Koala Breeding Centre in 1995, and the program is now a part of an effort to boost the species’ population, which was already on the verge of endangerment when the recent bushfires destroyed much of its habitat. (The koala is listed as “vulnerable” on The International Union for Conservation of Nature’s Red List of Threatened Species.)

As proof that the species is bouncing back, the park recently released video showing two of its four new joeys at play. (The quartet of youngsters are Riley, Jay, Banjo and one still to be named.)

That footage shows two joeys racing up a Eucalyptus branch for a spot of breakfast. The pair, aged 9 and 12 months, climb over each other to get to the top of a branch and grab a leaf. One of them eventually makes a break for it and then chows down.

The little fellas are among the newest members of the Australian wildlife, which was devastated by the country’s 2019-2020 bushfire season.

Such blazes began plaguing the country last September and had burned over 17 million hectares by late February, according to the Australasian Fire and Emergency Service Authorities Council. While the major fires are considered extinguished, over one billion mammals, birds, and reptiles combined are estimated to have died in them, and 113 species have been identified as the highest priorities in being helped to rebound.

“With the recent tragedy and loss of so many of our treasured koalas, our breeding program is even more important and urgent to helping the conservation and increase in population through our Koala Breeding Centre,” the Billabong Zoo said.

With the bushfire season drawing to a close, the zoo is also encouraging the “e-adoption” of koalas to raise funds for their care. In exchange for a donation, participants in that program get a photo, paw print and bio of their chosen koala. For more information, go to billabong-zoo.myshopify.com.